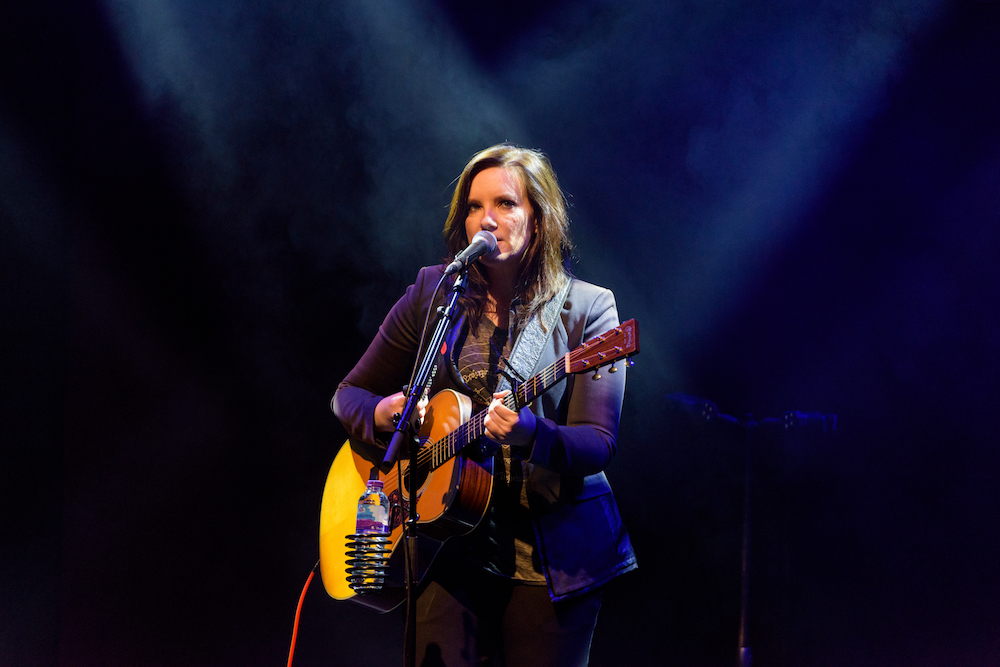 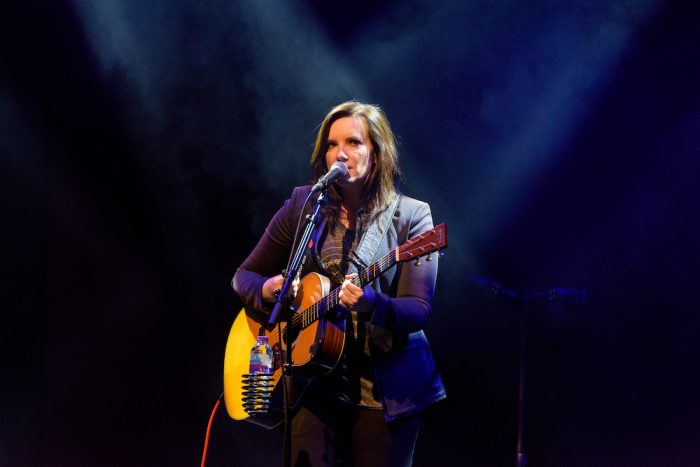 Brandy Clark proves why she is one of the finest songwriters around, her set is wonderfully captivating with her exceptional stories.

So often great songwriters are overlooked and increasingly those songwriters are escaping from the shadows and into the limelight. With an increased focus of modern country, traditional country appeared to be taking a backseat. However, the likes of Chris Stapleton and Margo Price along with the wonderful Brandy Clark are still keeping that flame alive with beautiful honest and captivating stories.

Tonight sees two of the finest country songwriters around arrive at the Sage Gateshead, both of whom have written for many of the country greats. Jim Lauderdale opens the show with a rousing set that includes Hole In My Head originally recorded by The Dixie Chicks. He draws you in with his fascinating tales both in his songs and between them, his passion oozes from every track.

So few genres require this level of attention, but that is what makes a great country song. Lauderdale holds this crowd in the palm of his hand for his short set and there is a rightful showing of appreciation for this. Brandy Clark follows quickly and she possesses a similar number of credits to that of Jim, her quality is undoubted. It’s almost impossible to believe that she has only released two albums.

Her tracks follow those typical country traits of love, heartbreak, drinking, smoking and revenge all featuring rather heavily. She has a particularly intense feel to her set, you find yourself drawn into her captivating words sometimes singing other times just soaking in every word. The room falls into almost silence throughout the first part of her set, the likes of Hold My Hand and Love Can Go To Hell are so powerful tonight.

This air of seriousness is quickly dissipated though as she gets into the substance abuse segment of her set, Girl Next Door, Get High and Drinkin’, Smokin’, Cheatin’ are deserved crowd favourites. All of which also raising rye smiles from the packed crowd, her songs are peppered with humour. Her set isn’t all downbeat and misery which can sometimes be to the detriment of those in this genre.

There are sombre moments like Three Kids No Husband, but the likes of Daughter and Stripes once again revive the jovial mood in the room. She rounds out her set with a cover of Kris Kristofferson’s Help Me Make It Through the night, Apologies and Pray To Jesus. You really cannot fault Brandy Clark tonight, her warm manner has this crowd well and truly under her spell. Her heartfelt songs permeating every corner of the room, along with her passion, enthusiasm and her humour you really cannot ask for anymore.

~
Brandy Clark can be found online here brandyclarkmusic.com. She is also on Facebook and tweets as @TheBrandyClark.