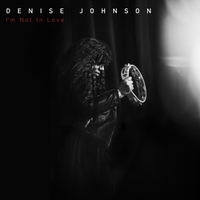 I’m Not in Love

Singer Denise Johnson brings a heartfelt and perfectly soulful rendering of an old favourite in the form of her new single, I’m Not in Love.

Denise Johnson is a singer from Manchester with an excellent record of contributing to some truly stellar music during her career.  Previously, she has sung with bands such as A Certain Ratio and New Order and featured on the Music Complete album. She was the superb female lead vocalist on the iconic Screamadelica album by Primal Scream, and the follow-up Give Out But Don’t Give Up. Denise has contributed to so many albums by famous Mancunian artists, she has been part of the very cement holding the music scene together.

Her new single is a fresh take on the 10cc classic I’m Not in Love. Her voice, rich and smooth, brings out the hurt emotion of the lyrics, making the track her own. Long awaited by her fans, the release, with its sad, moody feel, is a stunning offering. Already well-received since its release on October 28, the rendering is sweet and slow. With only minimal backing, the track brings forward the perfect tone and controlled strength of Denise Johnson’s vocal delivery. It has a steady, beautiful force to it; soaring and sophisticated. Many people are already aware of how special Denise’s voice is; this is merely an affirmation. It is easy to see why I’m Not in Love is already picking up airplay and rave reviews. This single is a very classy proposition indeed.

The track is the first single from her forthcoming acoustic album due for release in the near future. If this single is anything to go by, it will be quite something. However, what else could we really expect from a talent such as this?

I’m Not in Love can be found here. Denise Johnson tweets as @TheDJohnsonR3AL.