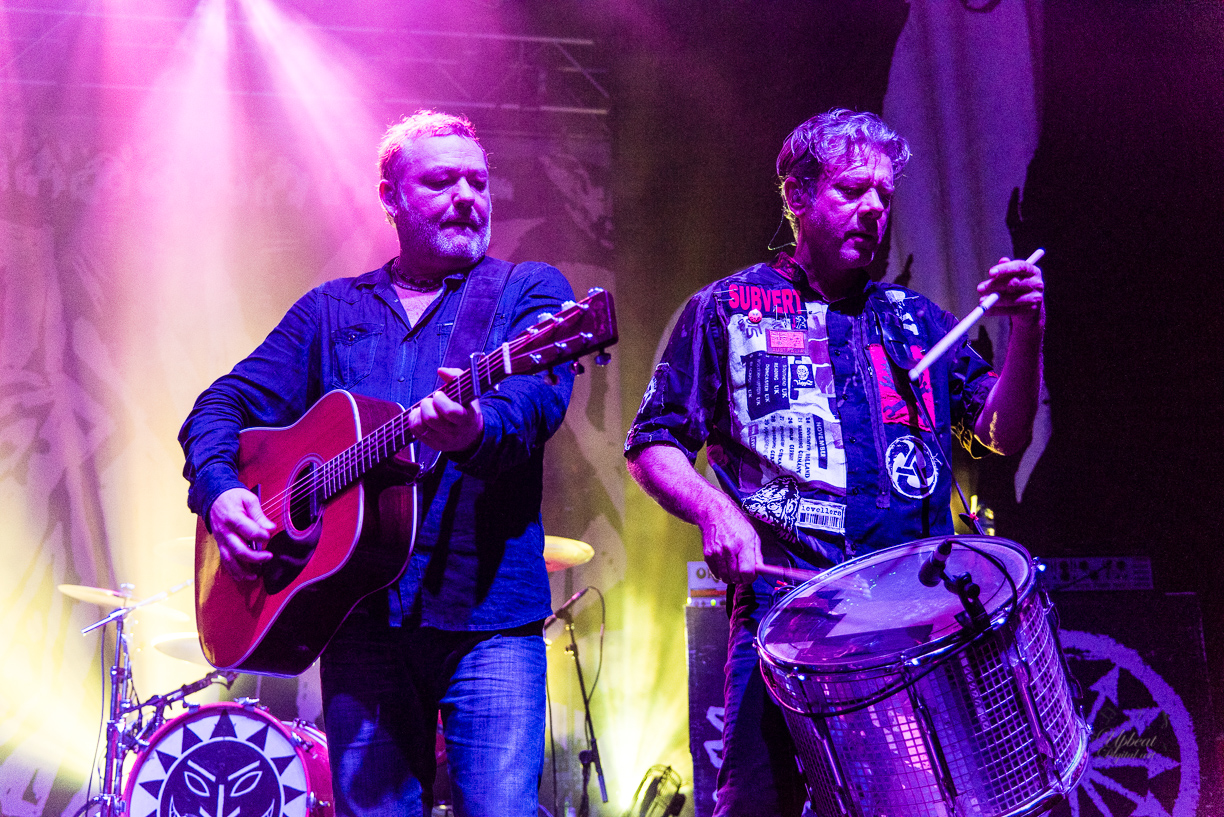 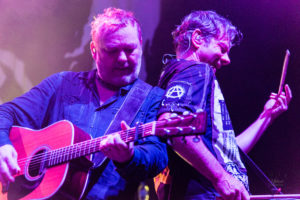 2016 marks the 25th anniversary of the Levellers seminal album, Levelling The Land. What else could the band do but to celebrate by doing a massive tour playing the album in its entirety.

The entire Levellers tour has been praised by all who were lucky enough to secure  tickets.  It is testament to the Levellers longevity and relevance that most dates sold out weeks, and in some cases months, in advance.  Being supported by Ferocious Dog and Gaz Brookfield ensured that fans were to be treated to an evening of quality folk-punk and a veritable “feast of fiddles.”

Brookfield, who released his latest album, I Know My Place, yesterday, opened proceedings accompanied by long term collaborator, Ben Wain.  Brookfield never disappoints, his enthusiasm and energy ensures that he gives his all every time he takes to the stage.  We were treated to 30-minutes of quality music from Gaz.  With the official album launch party, at the Fleece in Bristol, next Saturday, Brookfield played just the title track as a taster for those headed to Bristol next week. 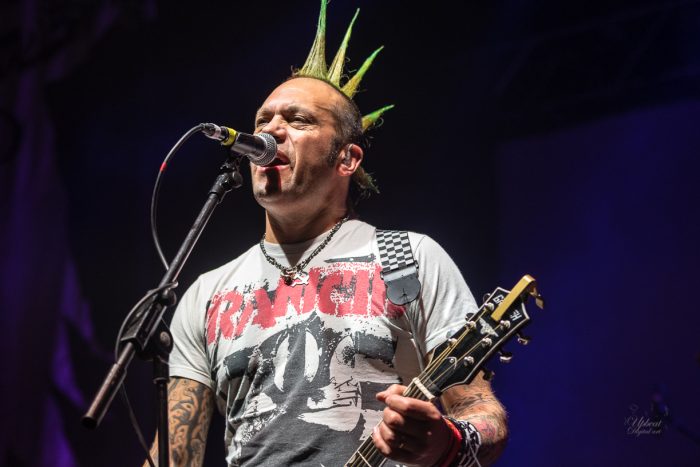 Ferocious Dog have built a strong following over the past couple of years.  They very much draw their inspiration from the Levellers so they were an ideal foil for what was to come.  Ferocious Dogs 45-minute set was largely drawn from their Eponymous debut album with just a sprinkling of songs from their much weaker follow up.  The strength of Ferocious Dogs debut was what won them their legion of fans.  The songs are deeply personal and as a result their fans really identify with the songs.

I was delighted to find that, in the live arena, Les Carter’s guitar is much more to the fore.  It is hard to put your finger on Ferocious Dogs beating heart.  Dan on fiddle, and Ellis on just about everything with strings, bring a huge amount of intricacy to the breakneck pace of their songs.  The rhythm section hold things together brilliantly, with Carter’s guitar playing, and Ken Bonsall’s lyrics and sheer likability, you have a whole greater than the sum of its parts.  Ferocious Dog are popular for a reason and that reason is their high octane live performances.  Tonight was no exception, a great set from an excellent band.

Of course we were all their for the main event and very Levellers show is an event to relish.  Over the years the Levellers have strayed into new territory on a number of occasions, but one thing never changes, the quality of their live set.  I have seen the Levellers on many occasions down the years, and they rarely disappoint.  With this being the penultimate show of a long run you sensed it was going to be a cracker, and so it proved.  From the moment the ticker tape canon fired until the last notes of What You Know the Levellers were on it. 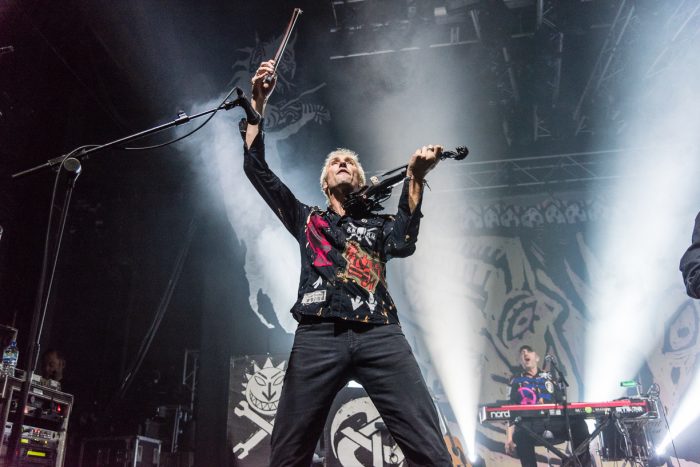 John Sevink and Jez Cunningham, always animated, were like men possessed as they flew around the stage.  The intensity of the performance had Mark Chadwick on his knees and Simon Friend took intensity to a whole new level, concentration etched on his face as he flew through some of the finest songs ever written.  On an evening of highs a particular highpoint for me was Charlie Heather popping on a side drum and coming to the front of the stage for a fabulous rendition of The Boatman.

With the Levellers you sense their shared history, the respect they share for each other is palpable.  The fact that the lineup is pretty much the same as the one that recorded Levelling The Land tells you all you need to know.  Playing live is the glue that binds the Levellers together.

The sad thing is that the songs on Levelling The Land are just as relevant today as it was when it was released. We are still seeing police scandals, unjust wars, racism and a government hated by the masses.  The environment is still treated with distain and citizens are under state surveillance at a greater level than ever.  The Levellers are still angry and that anger is reflected by every member of a sell-out audience who sang back every word of every song.

This was a life affirming evening, fabulous bands, fabulous music and a fabulous crowd.  Simply perfect.