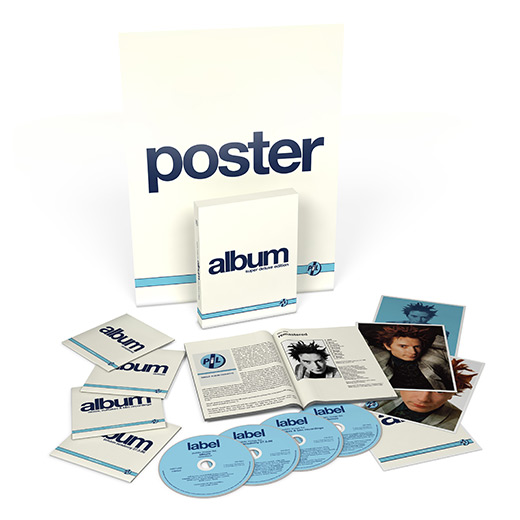 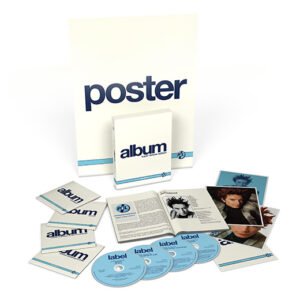 Public Image Limited have re-released their 1986 ‘Album’ in super deluxe format along with unheard demo’s which document a little known and mysterious period in the life of PIL and John Lydon as the man approached 1986 and the landmark of 10 years of Punk could he still cut it a decade on from the assault of that first Pistols record.

1984 – PIL the 1978 band were no more Wobble gone, Levene gone, drummer Martin Atkins the longest Lydon collaborator since 1979 is edging ever closer to stage left.

But Shulz, Bruni and Helm would fade away to become almost mythical characters in the story of PIL – no official songs with them playing but Shulz and Bruni would enjoy song writing credits on the forthcoming ‘Album’.

So as PIL seemed to be drawing to a close, what next for John Lydon…a solo career?

Lydon always needs a strong musically talented foil to bounce ideas off and bring his unique artistic quality to the fore and with Bill Laswell (producer and bass player) he got it in spades. There first vinyl output together seemed to be announcing solo Lydon. 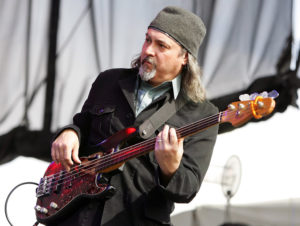 Time Zone – World Destruction. Sledgehammer production, rip roaring heavy metal guitar, heavy Rap from Afrika Bambaatta and mind-blowingly good vocal delivery from John Lydon brought 1984 to a close and reminded the world he had not lost his cutting-edge with a classic Rap / Rock collaboration years before Run DMC and Aerosmith. Laswell brought some of his musicians into the fold who would work on the next PIL project – keyboardist Bernie Worrell bringing that fabulous Time Zone hook and Nicky Skopelites on guitar.

The Animal Speaks – A Lydon burp presented the next Lydon / Laswell offering a song for The Golden Palominos a great catchy song and probably the most unusual song he has ever done! Why?
It is just a straight ode to the opposite sex.

So, with Laswell as producer PIL minus Atkins were back in the studio in 1985. But the new PIL apparently froze in the studio and Laswell pushed for the new PIL to leave to be replaced by his session men, and what musicians they were but the “new” PIL had managed to record demo’s of new songs and would co-write 4 of the 7 songs that would make up the new PIL Album!

These demo’s have remained officially unheard of till this super deluxe release of Album, they present a unique insight into this period. Yes, they are demo’s – not the finished article, but as ideas go they are good. The band can play, in some respects they have the same funky sound of the “Commercial Zone” PIL. It is intriguing to hear the embryonic ideas of songs that would go on to Album; Black Rubber Bags (Bags) European Cars (Round) Farewell Fairweather Friend (FFF) Pearls before swine (Fishing) and Things in E (Ease)

There are songs that have never appeared in any form on PIL product – Animal with Lydon is great, could of, and should have made it onto any subsequent PIL album, that it hasn’t is maybe a reflection of how good PIL were at that time.

There are 4 Instrumentals presented here; Ben Hur is almost film soundtrack in feel and could have graced the said film; Have a Nice Day; what a great tune crying out for a Lydon vocal.
Cats; An instrumental, brilliant, catchy, and infectious again crying out for a Lydon vocal; and Untitled 3′ a crashing instrumental with Rockabilly like guitar demonstrates like all the demo’s that this young PIL could play and had some very good ideas but it was not to be.

Before any of the fruits of the session musician PIL could be judged – 1986 dawned – 10 years of Punk and on queue to remind everyone of their importance The Sex Pistols were back together, well -united in Court against their former manager Malcolm McLaren.

A victorious Johnny Rotten instructed the press to go out and buy his new single Rise.

Rise resplendent with Tony Williams magnificent drumming introduced the public to the latest incarnation of PIL and brought Johnny Rotten back into the publics psyche as it stalled at number 11 with appearances on Top of the Pops and a fabulous video the man who started it all was back to reap the rewards of a decade doing it in his own uncompromising way Anger is an Energy and may the road rise with you.

Album fared very well from opener FFF to the closing brilliance of Ease with Ginger Baker and Steve Vain more than justifying Laswell’s faith in them.

Check the alternate edit of Ease on this release near 14 minutes of soaring music.

Album maybe works so well as it has elements of PIL that went before, heavy Wobble like bass, jangly Levene like guitar and pounding Flowers like drumming and a consistent vocal delivery and lyrical delivery to match Lydon’s Pistol days.

The packaging of the items in themselves was sheer brilliance with “single” “album” and “compact disc” giving stark consumer information in PIL style. 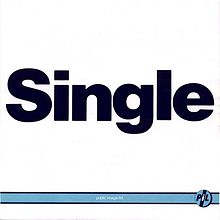 Album to many is the last great PIL album, those that have followed have had great moments but not the consistency from start to finish that Album oozes. Lydon has surrounded himself with competent musicians since Album but would they challenge him in the way Laswell did to get his artistic streak to the fore?

Jah Wobble himself felt Album was the best thing PIL did since he left.

The album generated a tour which is documented here by the inclusion of a live 1986 recording, I was lucky enough to see them in Manchester in May 1986 and the place went wild as Poptones segued into Pretty Vacant as Lydon revisited his past.

As for Lydon and Laswell they tried to rekindle that Album magic in 1989 with the PIL that Lydon formed to tour in support of Album. Laswell again felt they didn’t fit the bill but Lydon stood fast this time.

As a strange post script, almost like an Album mark 2 instrumental check out Ginger Bakers 1992 album Middle Passage it has him along with Bill Laswell and the majority of the musicians who appear on Album plus one Jah Wobble – praise indeed.

Now 30 years on from Album Lydon has released this rare insight into the workings of PIL in 1986 and demonstrated to the world he was still a thorn in the side of the music industry and lyrically stronger than ever.

Anger is an Energy.

INTERVIEW : Henry Rollins on the art of spoken word and...

October 17, 2013
We use cookies to ensure that we give you the best experience on our website. If you continue to use this site we will assume that you are happy with it.Ok