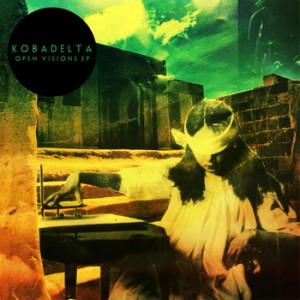 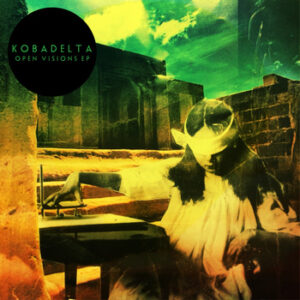 There’s something about Kobadelta that can’t go unnoticed. On this their third EP proper they continue their trail of psych-blues with the confident swagger that has always accompanied them, but slowly they are maturing into a beast that well belies their young years.

Six more tracks (eight if you count the intro and outro on the CD version) which will make your foot tap, your body sway and your arms reach confidently for the skies. Even The Odds (Mean You No Harm) blasts straight into familiar territory with neo-metal instrumentation that will destroy any cobwebs that might be present. Dom Noble’s distinctive vocals falling somewhere between Jim Morrison and Ian McCulloch are never faltering.

Blame It All On Me has another rip roaring guitar break and the main riff is dominant and haunting. The characteristic slow arrogance of Kobadelta is more evident than ever as the powerful bass and drums combine with swirling synth effects to bombard anyone with a soul. And plenty of those people there seem to be as a quick look at the group’s Bandcamp page shows an endless stream of ‘sold out’ CDs.

Get the feeling there’s something special about Kobadelta? There certainly is, and wider recognition must surely just be around the corner if the three EPs are anything to go by with an album set to be one of the highlights of its release year.

Maskirovka has an eastern feel with guitars that reverb and echo around the sheer power and energy of the remaining band members. Listening to Kobadelta is like listening to a great British institution, a legendary rock band and like little else around at the moment.

In terms of commerciality, Watch What You’re Doing is the most accessible and the stand out track of the EP. Strong leading verses with a catchy chorus and a toned-down melody show that the lads can write marketable yet experimental material. Ithaca is sparser than anything else on the collection, resisting the urge to break into a major noise as it glides effortlessly into Black Pyramid, the EP closer.

Again, Black Pyramid continues the wider, emptier feel that oozes the ever growing character of the band which is slowly making its own genre more comfortable with each release.