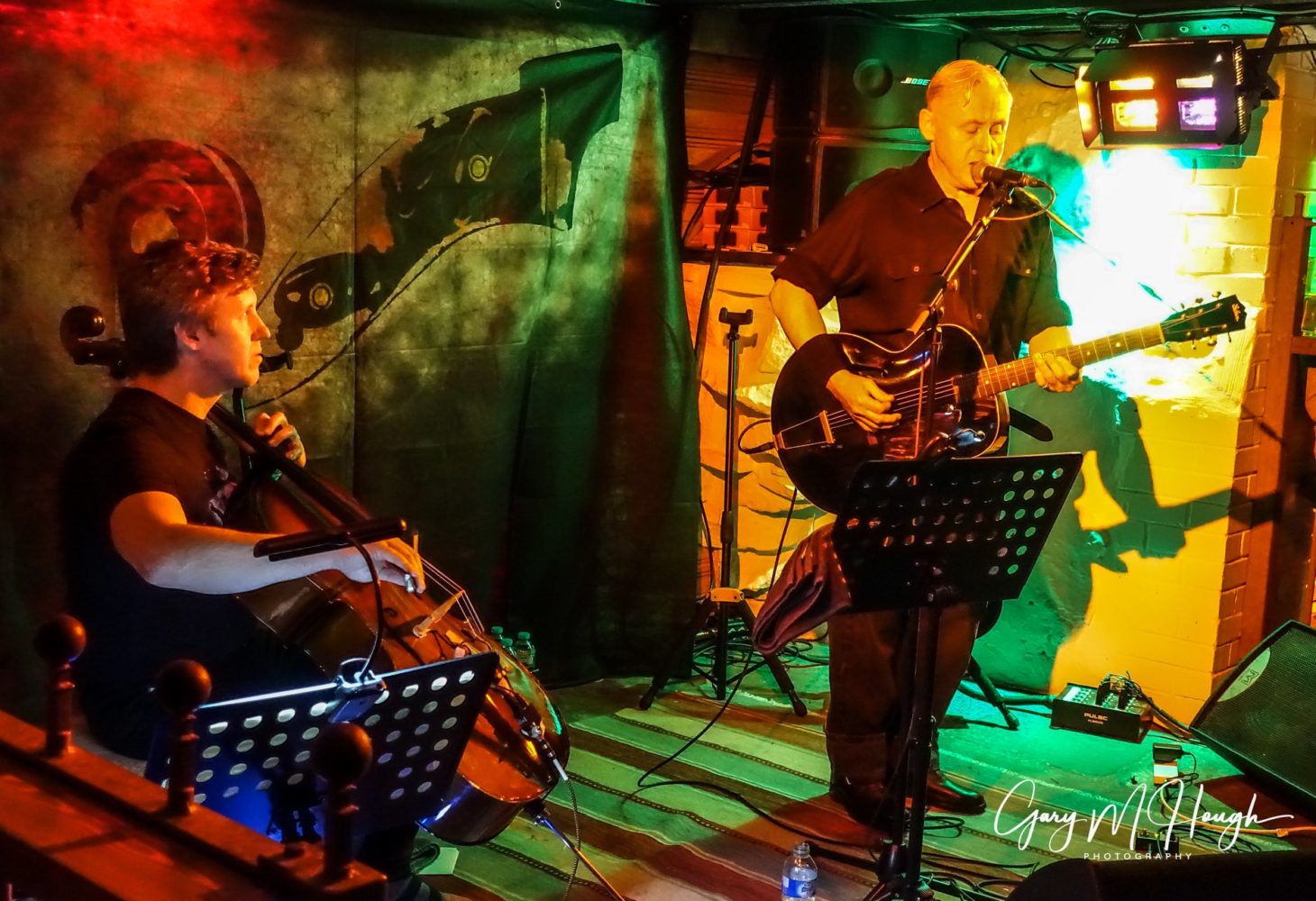 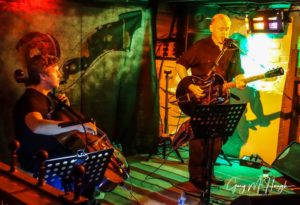 Kirk Brandon is on the road yet again; no surprise really as both Theatre Of Hate and Spear Of Destiny are rightly enjoying a significant resurgence on the back of the respective ‘Kinshi’ and ‘Tontine’ albums, then there are the irregular outings with Dead Men Walking; tonight though at one of Liverpool’s more intimate venues, the 90 capacity 81 Renshaw, Brandon delivers his ‘Akoustik’ performance.

These Akoustik sets have in previous years seen Kirk accompanied by amongst others Dave Sharp from The Alarm, for this short tour he is accompanied by the flop haired cellist Sam Sansbury, over recent years they have released Brandon’s excellent ‘Cello Suites’ series of albums.

It’s a low stage, Brandon stood dressed entirely in black, is flanked to his right by a seated Sansbury, the capacity audience are casually seated to the rear of the venue where others are forced to stand; its this proximity to the stage that allows the audience to engage – this was more like a private function with friends old and new, and these friends were treated to a selection of material that time hopped across Brandon’s near 40yr career.

Opening with Spear Of Destiny’s ‘Lucky Man’ from the 2003 ‘Morning Star’ album through ‘Judas’ and the magnificent ‘The Price’; the delivery has genuine gravitas, warm rich textures as Sansbury’s cello effortlessly compliments Brandon’s legendary voice which glides across the room, similarly during ‘Spirits’ which in its original form was driven by a propulsive drum, clearly that was devoid from this performance, that gap partially filled by Sansbury allowing the song to breath as the meaning of the lyric hit home.

Things were brought up to date with ‘Second Life’ and ‘Mr Livingston I Presume’, both drawn from ‘Tontine’; for the later Brandon taking the time to tell the tragic tale of his friend who wound up dead in a Brazilian favela, despite the solemnity of the source its clear both Brandon and Sansbury are enjoying themselves as much as their audience. 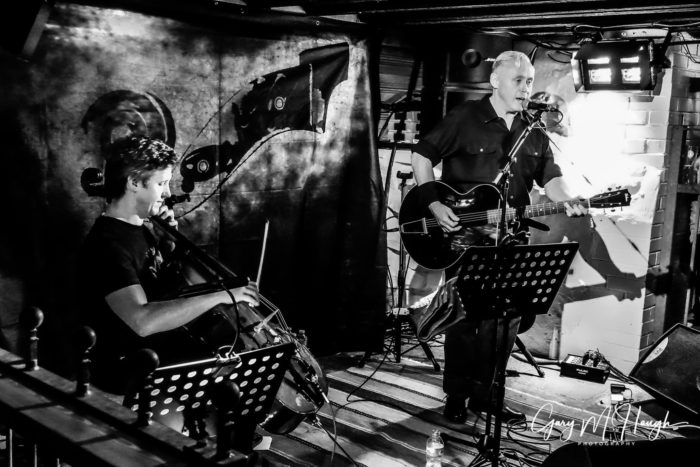 After a brief interval we are led through ‘Westworld’ and onto ‘Enigma’ a song Brandon wrote about his father’s service during WW2, again he takes the time to talk, to flesh out the source of the songs meaning; he abandons his guitar for ‘World Service’, at which point you begin to fully realise the depth of quality in Brandon’s song-writing, the track is stripped of all excess, its just cello and voice, yet still it mesmerises the audience who have begun to provide their own vocal accompaniment.

During ‘Playground Of The Rich’ Sansbury’s cello is taut adding a feeling of trepidation to the song, which leads perfectly into ‘Original Sin’ ahead of Brandon leaving the stage only to be encouraged back for ‘Never Take Me Alive’

This was a fantastic performance, a great deal of care has been taken to deliver these songs in this ‘Akoustik’ format, take the time to catch this set yourself.