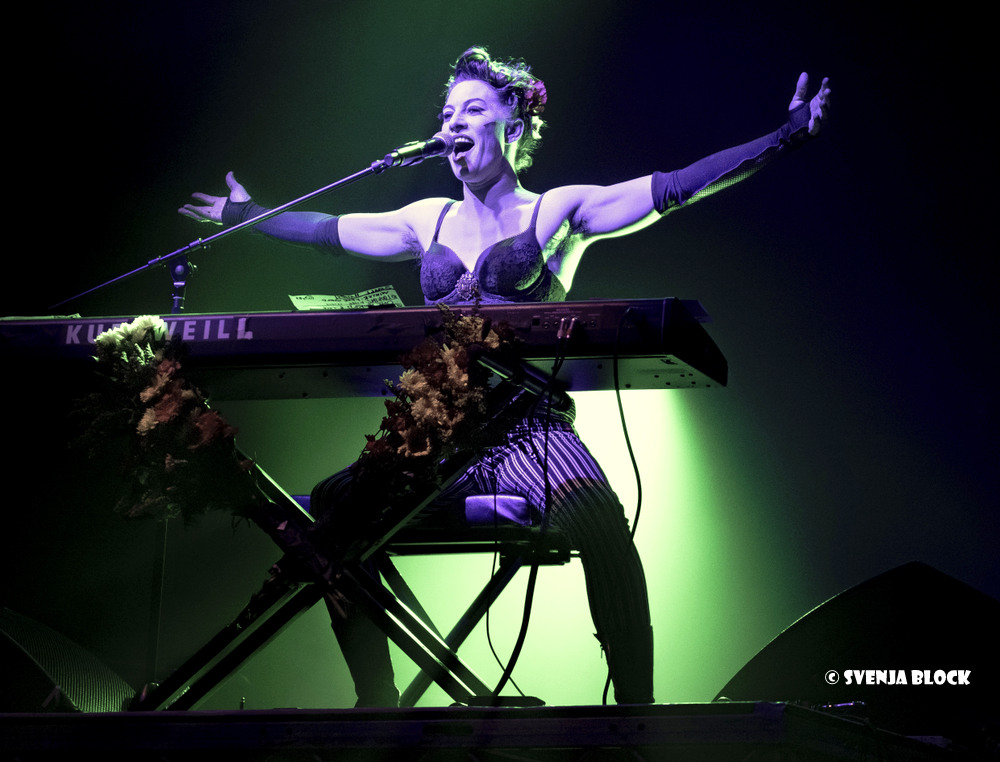 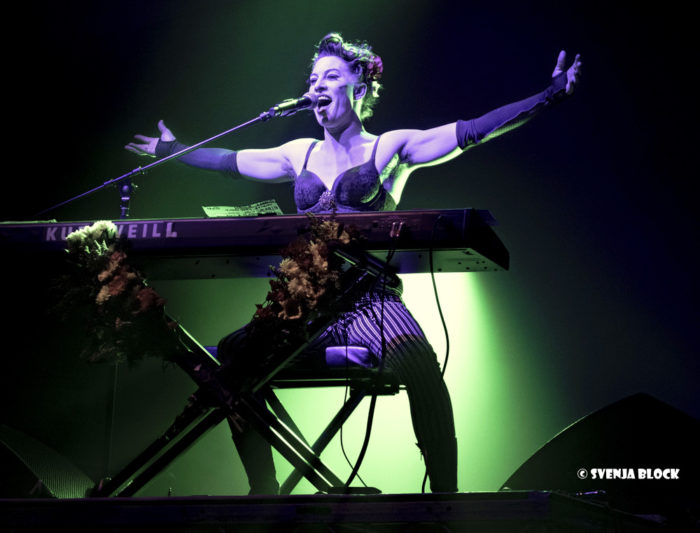 It’s been twelve years since The Dresden Dolls have played in the UK and at 5.00pm fans are already queuing around the corner of The Troxy to see the last of their two back to back sold out shows. Tonight is Halloween and the punk cabaret act’s band-anniversary. Eighteen years ago the duo was formed when Brian Viglione walked into Amanda Palmer’s Halloween party.  Little did the two of them know that almost two decades later, fans would be lining the streets in costumes, handing out white roses and decks of cards in preparation for one of the biggest shows 2018 has to offer.    Sophie Sparham reports back.

Occult comedian, Andrew O’ Neill, starts off tonight’s proceedings with his brilliant, witty and, sometimes, quite silly stand-up. Mixing surrealist imagery of celery communes, with catching Robert Smith in a mouse trap and singing about witches on Instagram. Andrew combines his veganism and love of all things heavy metal to warm up the crowd perfectly. 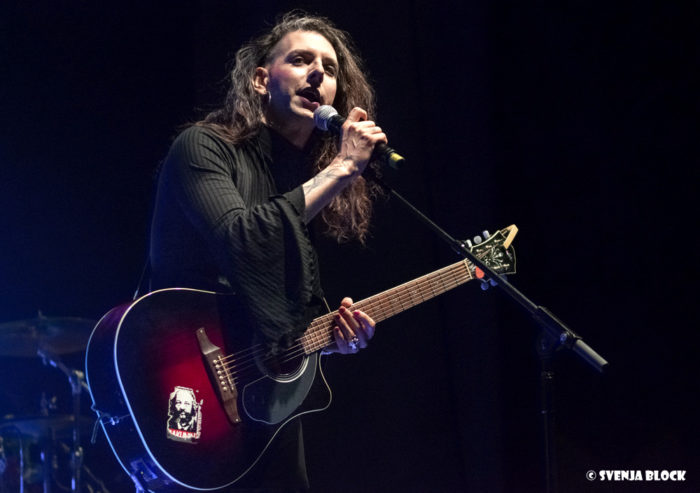 Being a long-time friend of Amanda’s, he’s the perfect person to introduce The Dresden Dolls to the stage and kick start the evening of life time. The crowd break into a wild rapture of applause as the duo step onto the stage and begin their set with the classic track ‘Good Day’.

Watching The Dresden Dolls is like watching a revolution unfold beneath spotlights. They’re the perfect combination of punk fuelled anger, musical cabaret and feminist power. Each note they play, each song they sing carries the rage of a nation that will no longer be silenced. The Dresden Dolls aren’t just a band, they’re a community. The voice of the outsider, the alternative, the different, in a society that’s so desperate to eradicate unrepresented voices. And what better way to revolt than through the joy and celebration of live music? 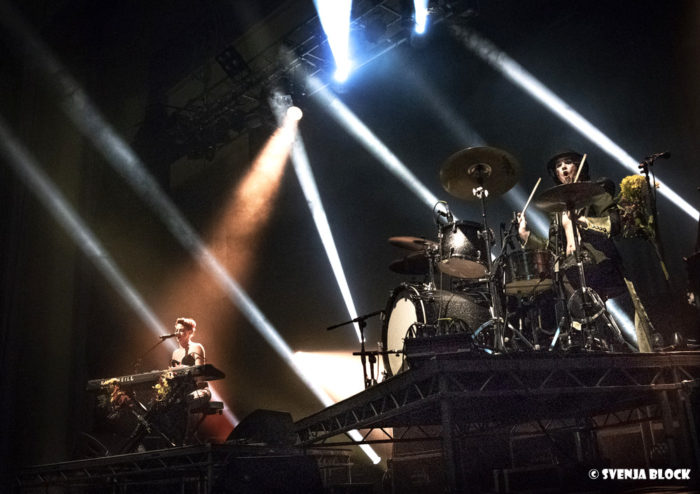 It’s as though they never disbanded. Brian and Amanda play together effortlessly, feeding off one another as they perform crowd favourites such as Mrs. O, Backstabber, Coin Operated Boy and the new track, Small Hands Small Heart. Half way through the performance, the dolls introduce Olya Viglione, Brian’s wife and lead singer of Scarlet Sails, to the stage. With a distinctively deep and soulful voice, Olya sings with Amanda on the track Delilah, adding her own twist to the melody. 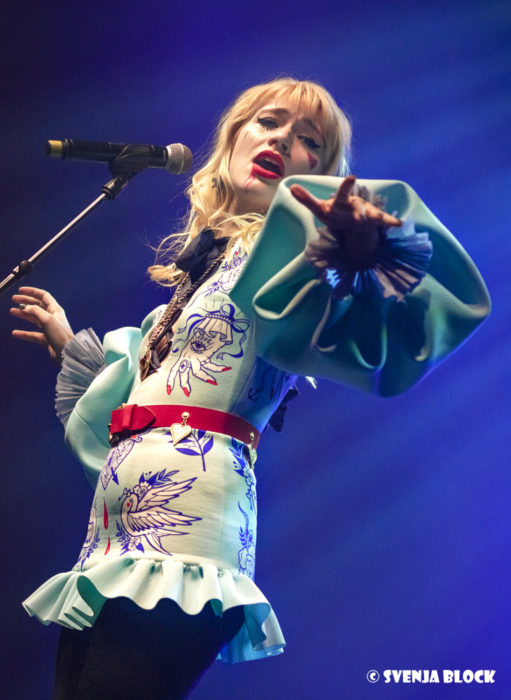 As well as the band’s usual favourites, there’s also a few nice surprise covers thrown into the mix, such as a beautiful rendition of Take Me to Church by Hoosier, Killing in the Name Of and the feminist anthem Pirate Jenny. The audience throw flowers onto the stage and watch in disbelief as Amanda jumps into the crowd and climbs the stairs to sing her rendition of Jacques Brel’s Amsterdam, beer in hand.

However, one of the most surprising twists of the night has to be the band’s comical reformation of ‘Oasis’. Dressed in Umbro jumpers and donning wigs that look like they belong to 90’s Manchester, the dolls take to the stage with Andrew to play a rendition of Don’t Look Back in Anger… and they do a great job of it as well!

In a world where Trump rules America, racism is on the rise and sexual harassment is still so prevalence we need the message of The Dresden Dolls more than ever before. The band bring hope back into the world and I leave the venue knowing that as long as artists like them continue to exist, we’re going to be alright.

Many people leave the Troxy tonight feeling uplifted; inspired to create, to make music, to revolt. 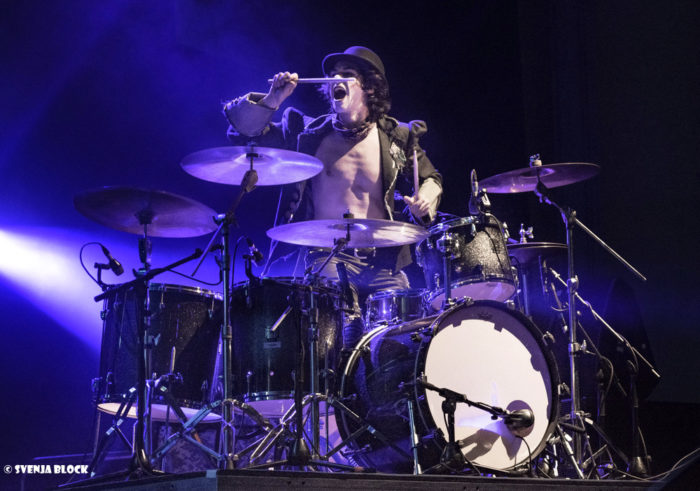 All photos © Svenja Block. You can find more of Svenja’s art, commitments & projects at her Linktree , and at her Louder Than War author’s archive.