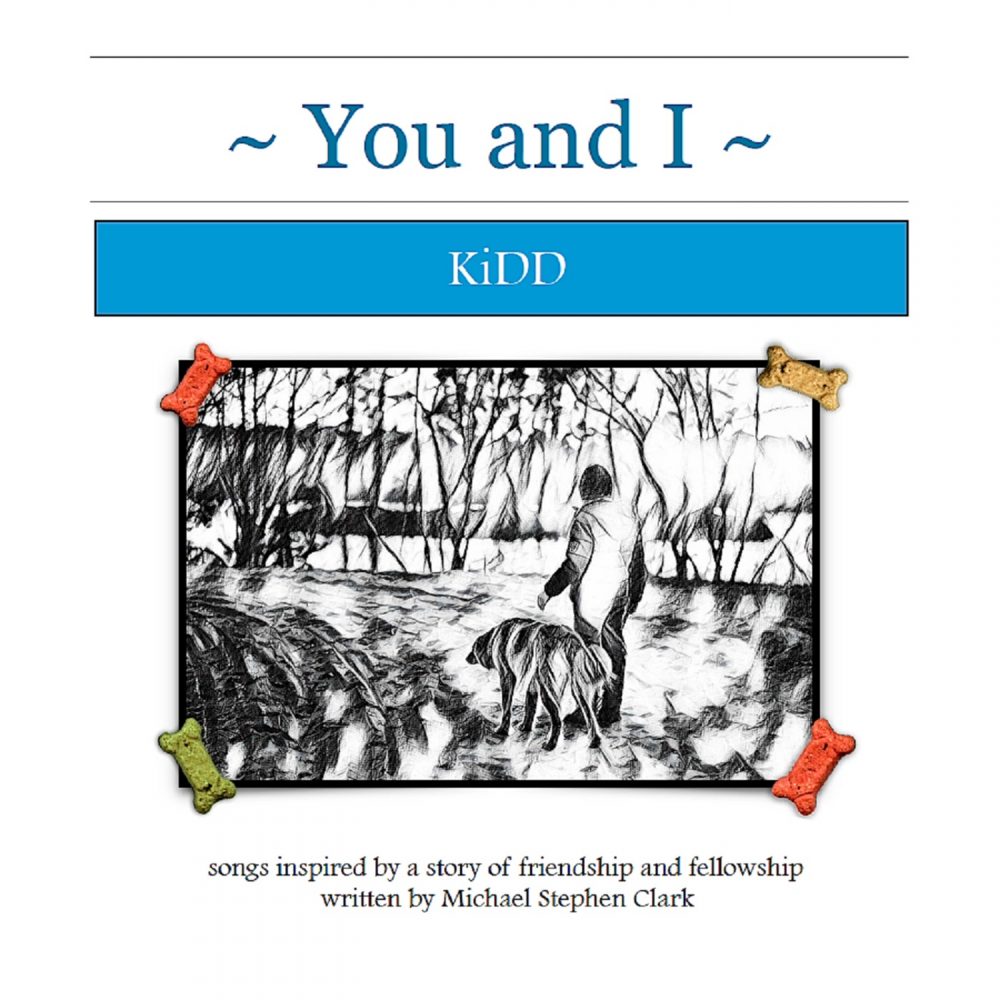 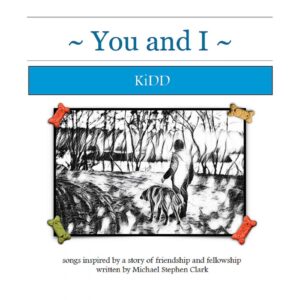 Artists like Stuart Kidd are a rare breed nowadays. Along with the likes of Johnno Casson, mylittlebrother and Ben Mason, they write near-perfect songs that are not only immediately infectious, they also embed themselves in your inner consciousness. KiDD has a talent for writing this kind of material, an instant familiarity resonating with every musical sinew in your being often stunning in its simplicity and faultless in every way.

You And I comes as companion to the book of the same name by Michael Stephen Clark which was in turn inspired by the title track of the album. It tells the tale of friendship between a boy, Joe and his dog, Alfie who embark on a simple walk. The walk becomes a journey through the Big Park encountering a multitude of people and sites along their way before night approaches and the fear of being lost in the cold and dark becomes a distinct reality.

The story is ‘told’ wonderfully by KiDD. His descriptiveness and attention to detail can be met with complete awe and his ability to concoct melodies that meet with such faultless delivery are a tribute to his undeniable talent. Opening with the impeccable Alfie, there are clear influences on board – The Beach Boys, The Kinks, the eloquence of The Divine Comedy – all combining to create something very special indeed. Simple vocal harmonies traveling the scale with an undoubted 60s pop feel.

Is there a hint of Bowie’s Sound And Vison in second rack Question? Very possibly, whether intentional or not the guitar sounds and drum pattern have distinct echoes and to be compared to the legend can only have positive consequences. With a semi-psychedelic keyboard sound of almost alien influence it glides along from start to end with such gorgeous ease.

And so it continues. Each and every track will undoubtedly strike a chord with you. Each melody will resonate and affect you in a way that writers of perfect-pop do. Each bridge, each chorus, each step up from one scale to the next adds up to create quite incredible musical experiences. Neighbourhood with its bouncy vocal and unforgettable guitar riff, Eyeball with its Country feel and, Waldo with its choral acrobatics and There’s No Other Way (Blur) percussive shuffle.

At less than thirty minutes over ten tracks, You And I is a lesson in both simplicity and appreciating true talent. As the title track sweeps by with melancholic prowess, so Stuart Kidd should be elevated to a much wider audience or, maybe we should keep him to ourselves as our little secret.

The Kidd Tumblr site is here: kidd-uk.tumblr.com He can be followed on Twitter as @Stuart_Kidd and Liked on Facebook.