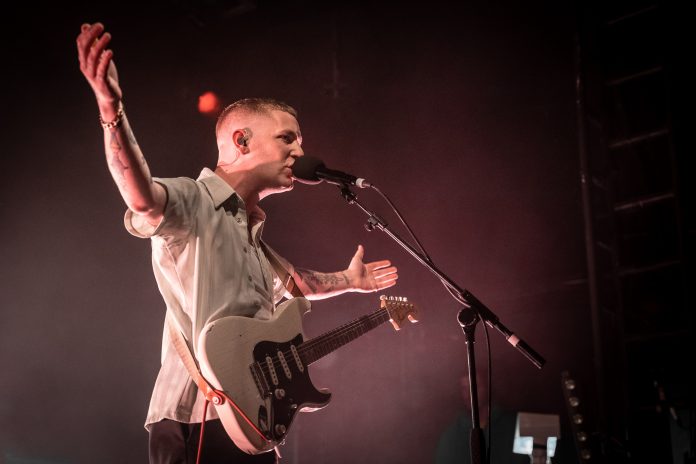 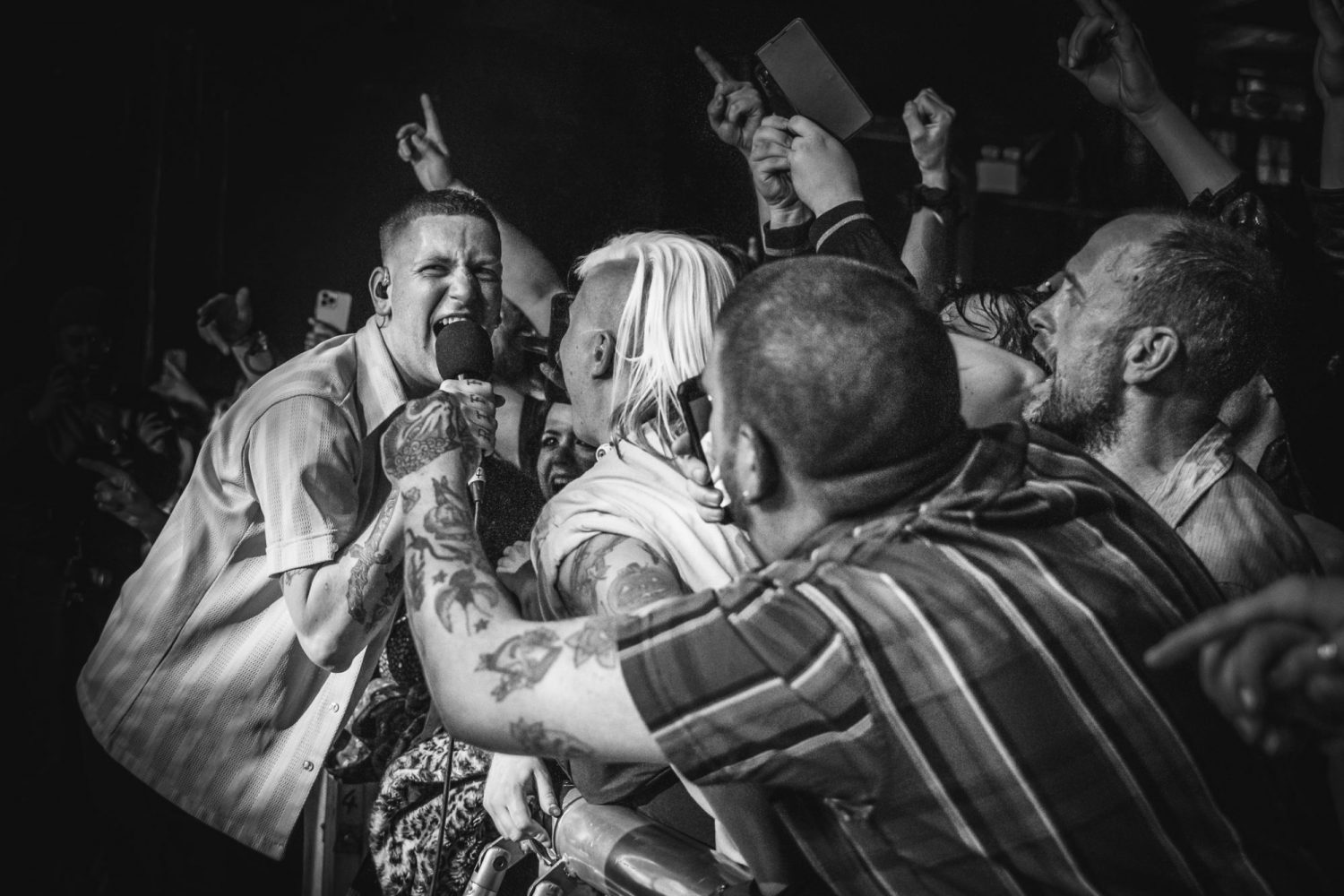 An evening of bone shaking riffs and acerbic political punk anthems in a packed out Electric Ballroom show why Kid Kapichi are one of the most potent rock n roll forces this country has to offer.

South West London 4-piece King Nun opened the show. A perfect warm up for the night of punk carnage that was about to unfold. All four band members blasted energetically through their own brand of sharply constructed jagged indie punk, thrashing about with enough stage presence to fool the crowd into thinking an early Wednesday weekday was a full on Saturday night.

The slow grinding groove of Hung Around was a set highlight. Caius Stockley-Young’s stomping low tempo drum beat left a valley of silence between snare strikes, giving vocalist Theo Polyzoides the space to holler frantically grizzly vocals over the top. As the chorus chimed in with its jangly, swirling, clean but grungy guitars, it built back into the verse where guitarist James Upton added a brilliantly fuzz-drenched, snaggletoothed, Jack White-style, counter melody and guitar solo over the top. 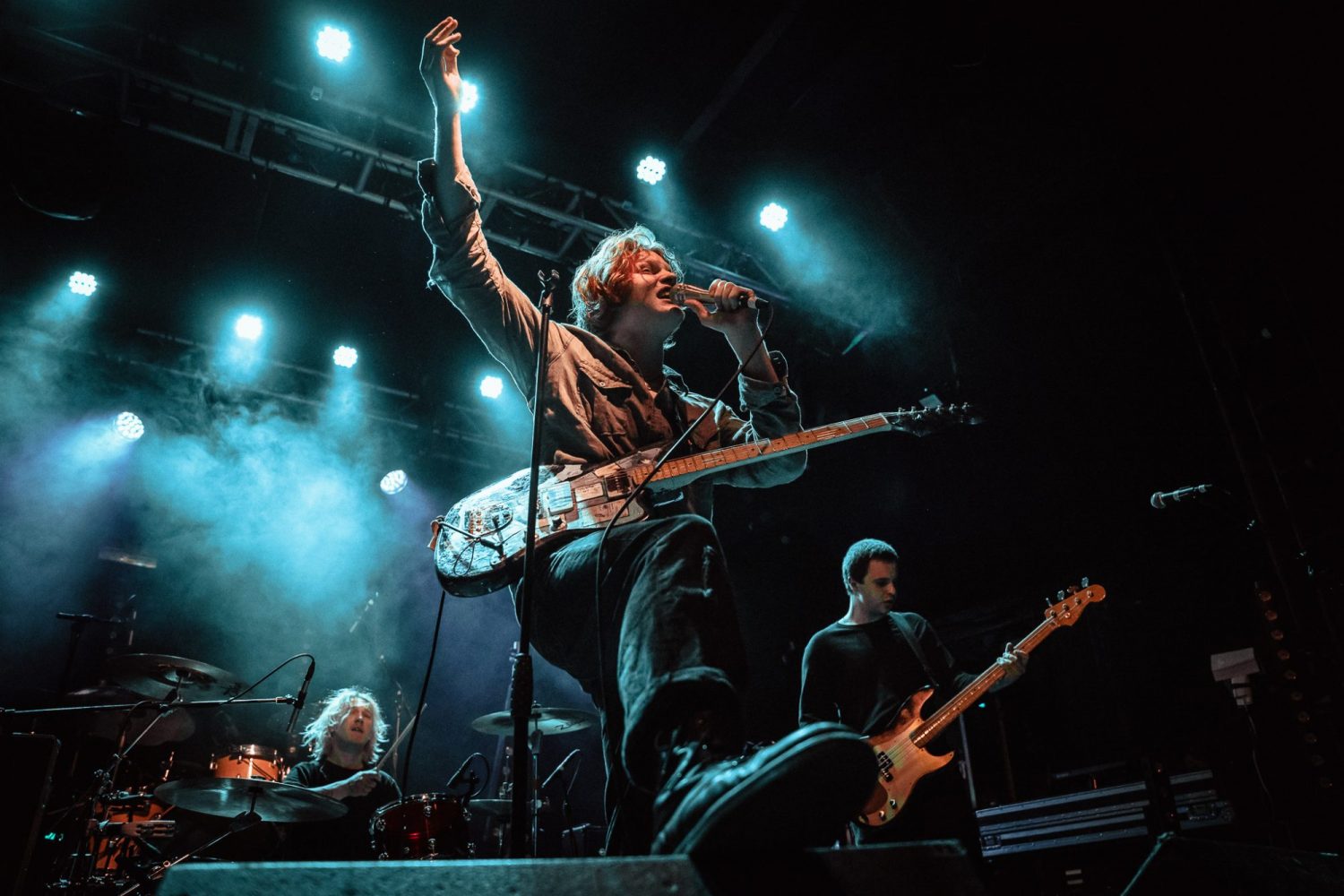 Late addition to the line up, Hotel Lux, a post-punk 5 piece from London via Portsmouth, spilled onto to the stage, cans in hands, and generated a carefree, sprawling, almost psychedelic soundtrack for vocalist Lewis Duffin’s darkly spoken word vocals to punctuate the air. An unexpected violin was produced in support of their melancholy epic The Last Hangman, which sounded to my ears like Irish desert rock, if such a mad genre even exists, with sinister droning violin, and bleak, powerful poetic lyrics layered over the top.

Hotel Lux had plenty of faster upbeat tunes to contrast the darkness of this tune, which paved the way for a near constant human whirlpool of fans in the centre of the dancefloor. As with the best of post punk bands, the lyrics ranged from scathing serious political commentary to funny playful tunes, like the unreleased song National Team, which analyses the horrible moment of self-reflection any casual football fan goes through when you realise that “there’s people my age that play for the national team” and you wonder if anything you’ll achieve will ever compare. 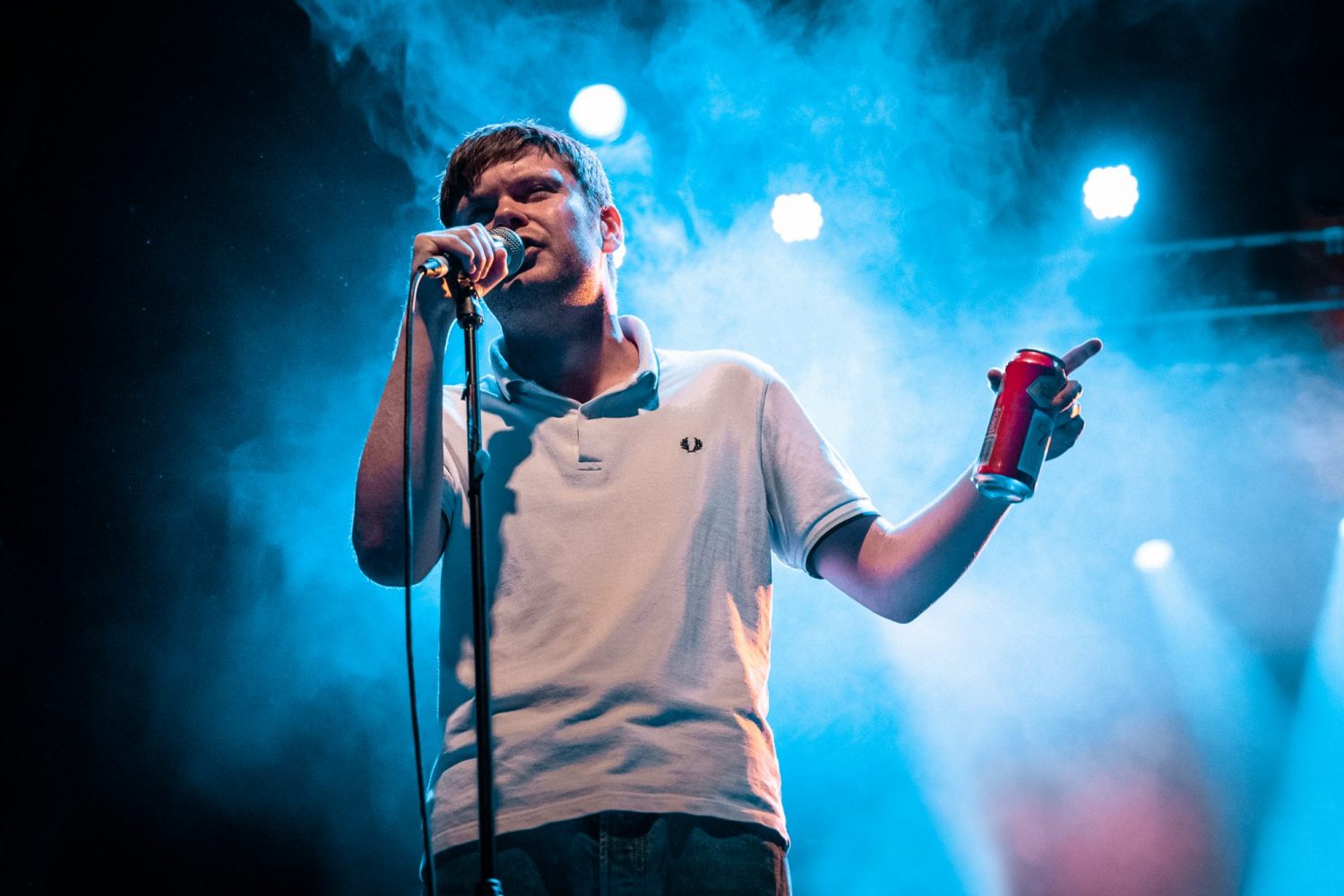 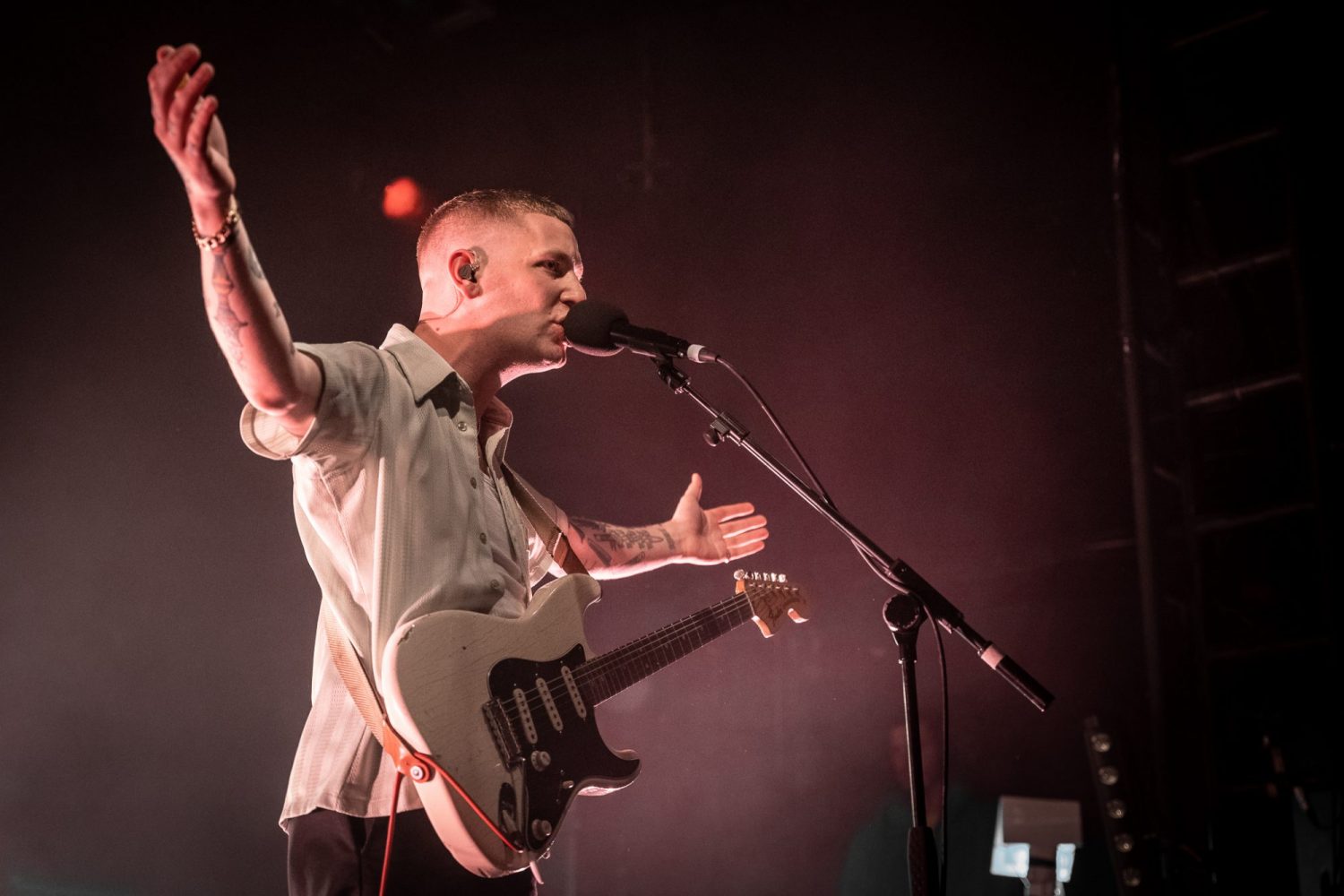 As the lights dimmed, Darth Vader’s unmistakable commanding voice echoed through Camden’s Electric Ballroom in honour of Star Wars day. Before I could turn to the person next to me and utter, “May the 4th be with you,” the thrilling violin and demonic opera choir of Duel Of The Fates filled the air. I would never have guessed Kid Kapichi would choose a Star Wars-themed walk on track or that it would make such a monumentally epic entrance, but it sure did.

The band tore into some powerfully filthy, riff-heavy classics like Sardines and Glitterati. New tunes like Rob The Supermarket, went down a storm with an approving Frank Carter looking on, no doubt enjoying watching the band that supported The Rattlesnakes on their 2019 European Tour demolish their own headline show. 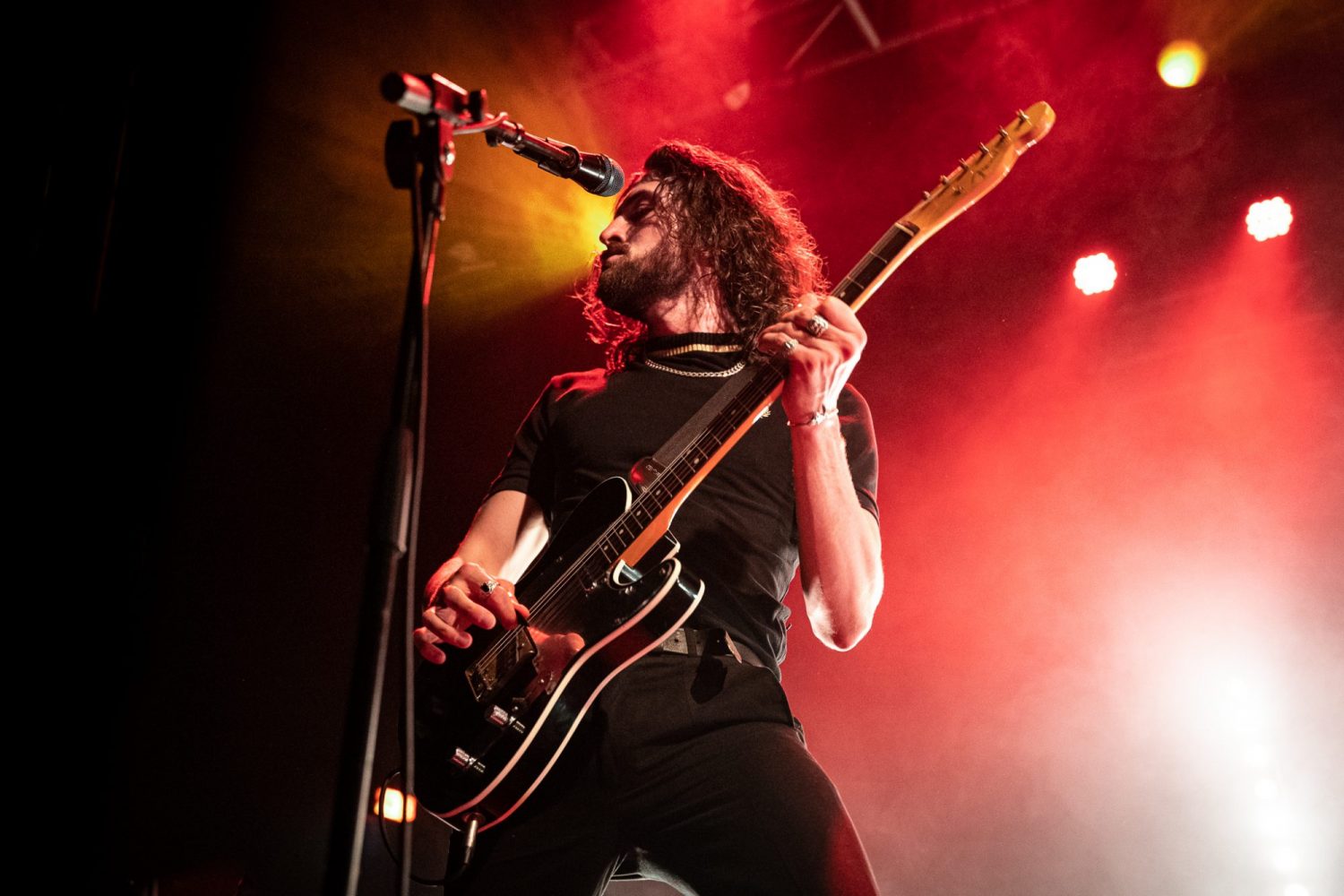 After a solid half an hour of raucous moshing about, Jack Wilson re-emerged, alone and with an acoustic guitar. “We haven’t been able to play a gig in London for so long because of the Lockdown”, he told the crowd, “It was nice to know everybody else followed the rules, while those in power were secretly getting hammered with cheese and wine.” Scanning the crowd he asked, “Boris, are you out there, I know you got my invite…” and ran into the brilliant unreleased track we were all anticipating, Party At Number 10; proving Kid Kapichi can make just as much of a cutting political satire with a folky little number as they can with monstrous bone crunching tracks like Working Man’s Town or 2019. With lines like “Don’t get excited, you’re not invited to the party at number 10. Because it’s one rule for you and another for them,”; the brilliant lyricism will likely stay relevant for a long time.

The rapid transition back into the electrics illustrated the band’s insanely good form. Jack Wilson dropped a quick thank you to rock heavyweights Nothing But Thieves for taking Kid Kapichi on their European tour but even more so for introducing them to their new best friends, Brighton band Black Honey. As the unmistakable intro to Thugs started playing, who should bowl out onto the stage but Black Honey singer Izzy Phillips herself? It was an exciting contrast to see her away from Black Honey’s cinematic indie universe and plunged into a whole new heavier context screaming “Thugs!” at the top of her lungs. 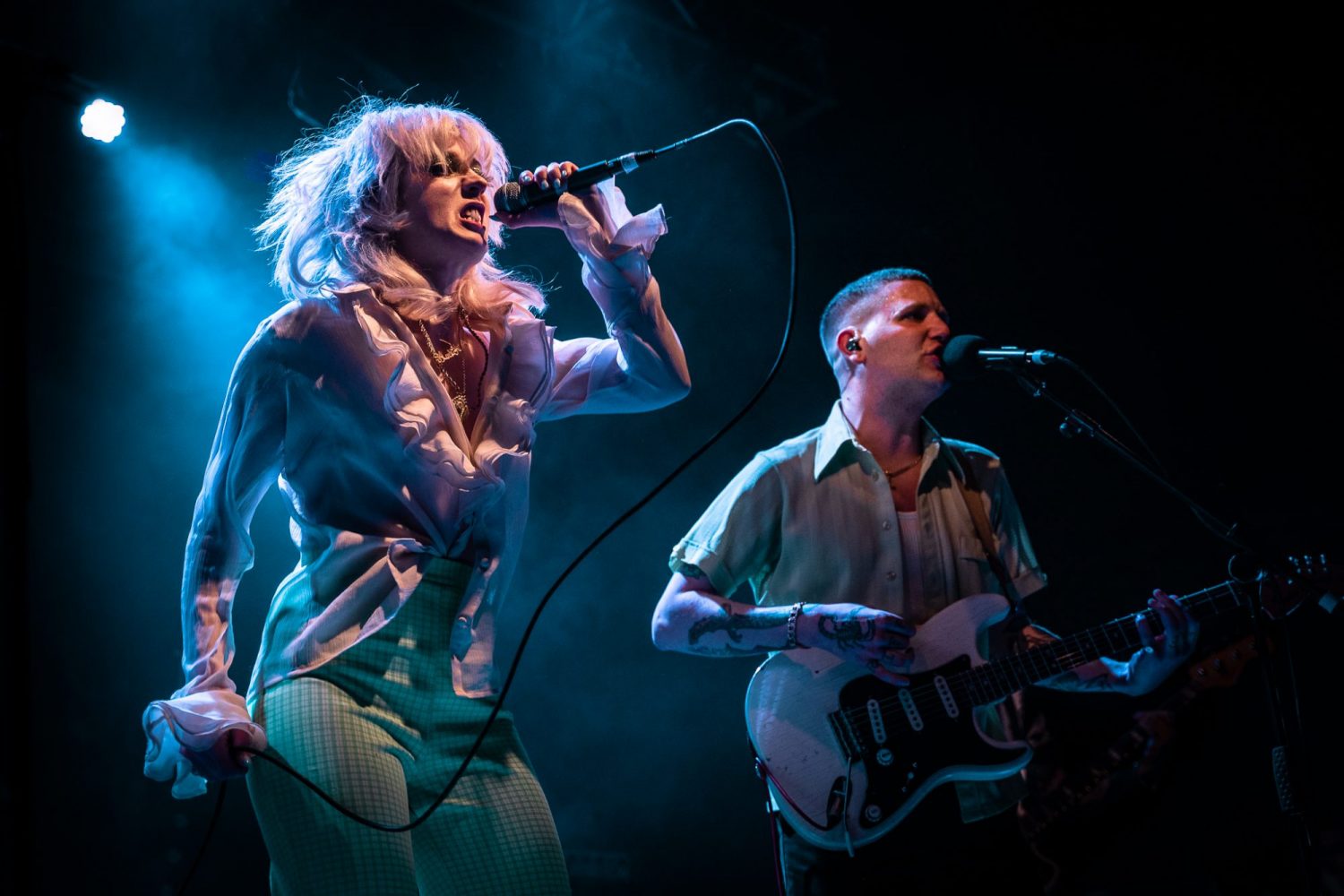 After running through the monumental rollercoaster riffage of Death Dips, guitarist Ben Beetham dropped onto the piano for the dark and melancholy debut album closer Hope Is A Never Ending Funeral. Despite the sinister intro, it was a suitably uplifting song to close on.

Of course, the crowd wouldn’t stand for that being the end of the show. They needed more, and the Kapichi boys were all too happy to oblige, sauntering back onstage and tearing into the biting, filthy, rock rap crossover single New England released in January in collaboration with London’s grime-punk duo Bob Vylan. 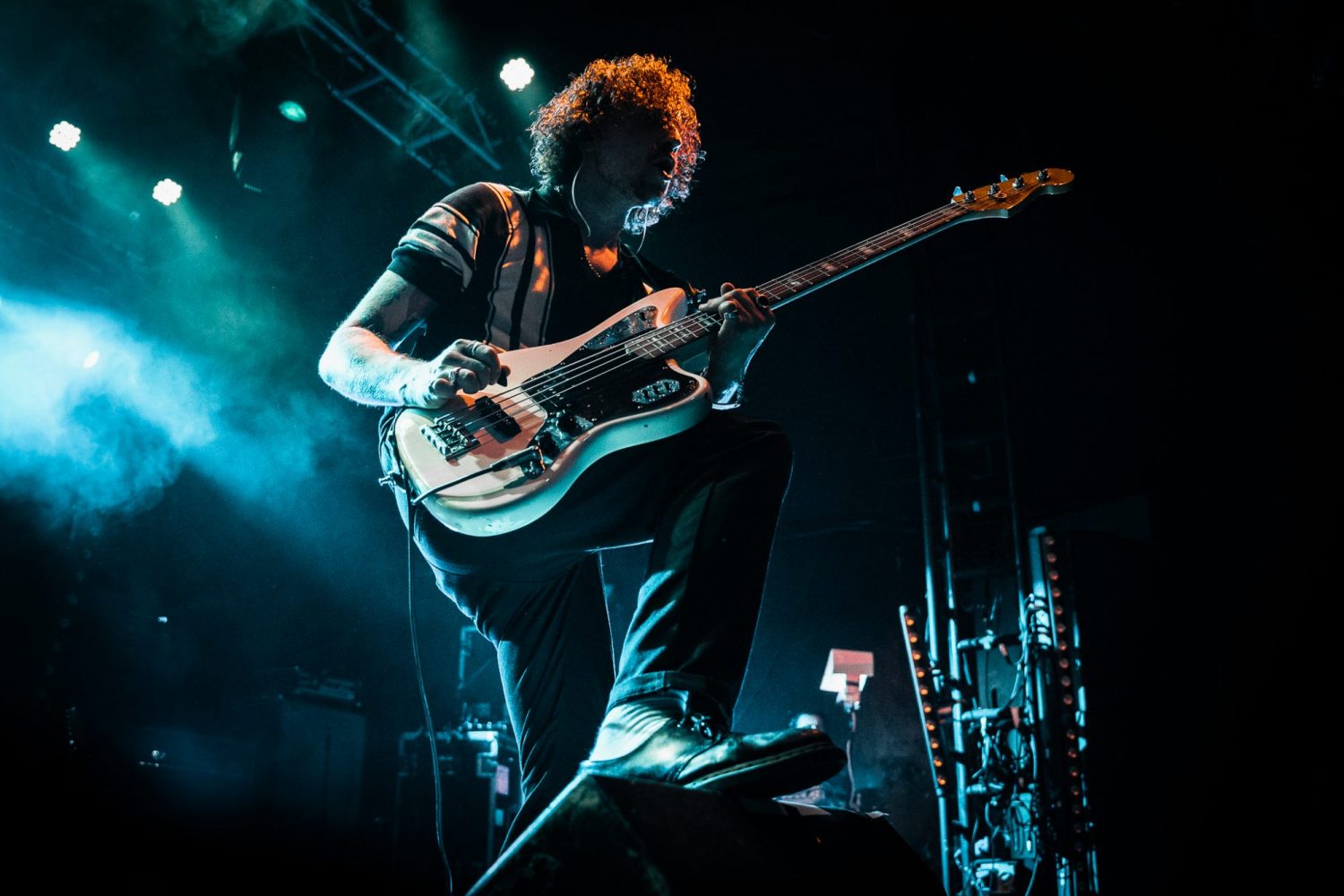 The final segment saw a new set up for the band with no more guitars for Jack Wilson, who could now roam freely across the stage. Further highlighting their strong connection with the audience, Wilson dived into the crowd and handed the microphone to fans only too eager to spit out the wonderfully cynical lyrics deriding the blindly patriotic. Ben Beetham, was now solely on keys whilst bassist Eddie Lewis led the majority of the track with a gargantuan bass tone that had enough sub octaves to rattle the bones of your soul, locked in perfectly with drummer George MacDonald. Bob Vylan’s sampled voice floated through the air, and closed with a Rage Against The Machine-style repeated scream of the one-liner “You ain’t shut them out, you just locked us in.”

As the closing notes echoed through the room, guitarist Ben Beetham took one last dive into the crowd, and an evening of bone shaking riffs and acerbic political punk anthems in a rammed Electric Ballroom is over, having demonstrated exactly why Kid Kapichi are one of the most potent rock n roll forces this country has to offer. 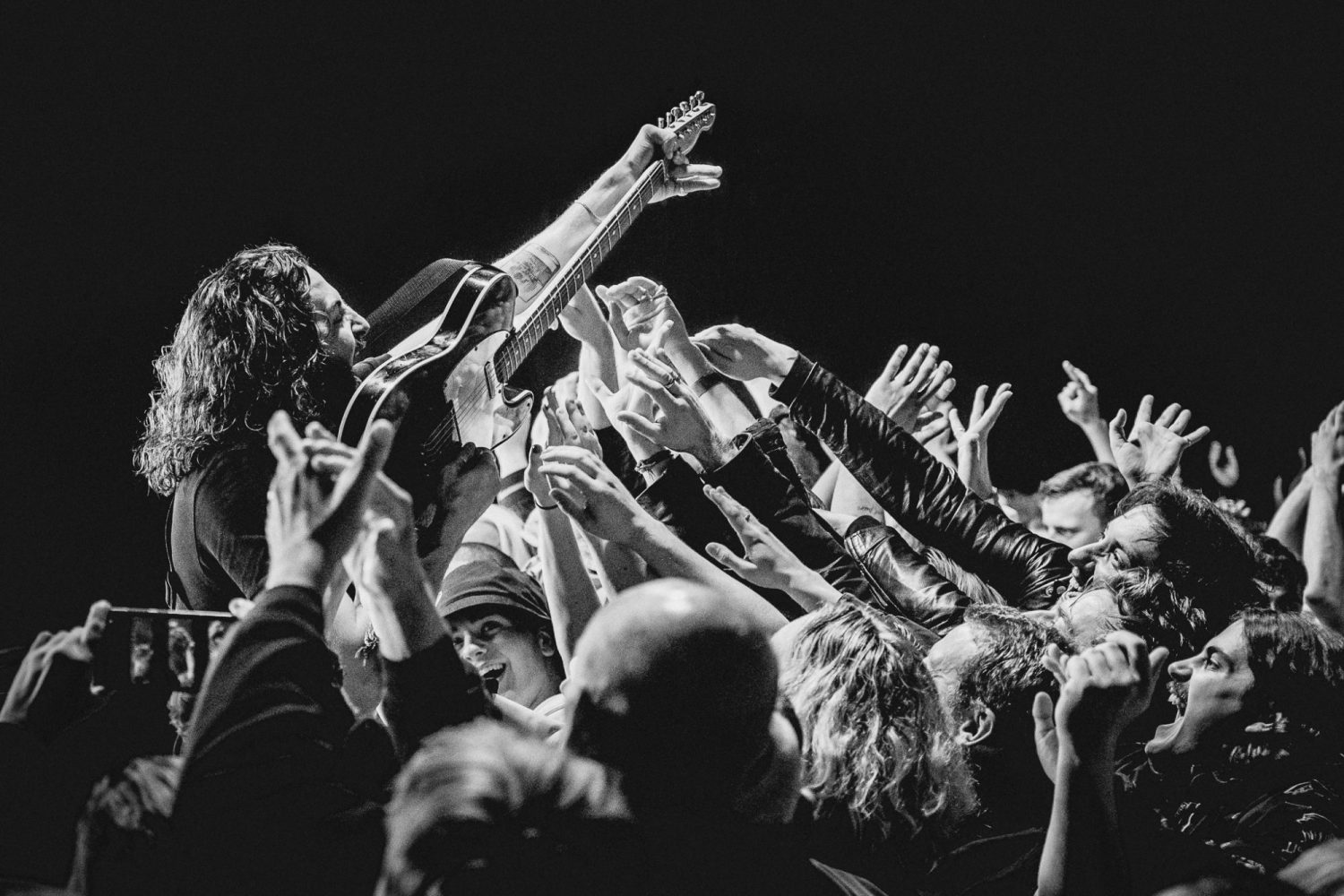