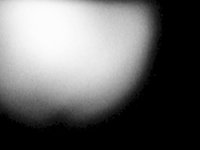 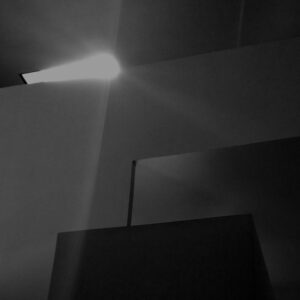 I was once very critical of drone. I found it, and can understand why other find it, boring. Now, the secret to me to enjoying it is really quite simple – just listen. Completely immerse yourself in it, relax and create yourself a little head space.

Using both analogue and digital systems, Porras has created a wonderful album in Light Divide. Simple enduring tones which also employ distant sounds of rain, thunder, tides and echoes. Each track invites you in to experience and enjoy. It’s easy to imagine post apocalyptical landscapes, dust blowing across a barren wasteland, mists floating and sinking around you.

Porras offers something quite different to conventional drone. It isn’t, as many imagine just continuous tones playing out for fifteen minutes and not really going anywhere. It’s much more than that. The journey that is contained in each track is expansive, yet limited to five or six minutes apiece and each one of the five tracks is different enough to be compelling and completely enjoyable.

The subtle detail in each track is to be admired. Opener Apeiron floats straight into view with far off crashes, almost like you’re standing on the edge of a mountain pit hearing workers below the surface hitting rock and ore and building some fantastical underground city. Single tones glide in and out and the track throbs like a subtle heartbeat.

The sense of atmosphere is wonderful. New Monument is simplicity in itself. Walking through an underground tunnel at water occasionally drips around you. Clicks and ticks as creatures scurry and run away from your footsteps with the overhead sound of the outside begging you to return.

It is said that Porras created Light Divide by firstly taking base foundations then adding walls and support beams as an architect would construct a building. It’s easy to imagine the metaphor and the result is successful.

Light Divide is unique in its sound, colour and texture. A quite lovely piece of work.