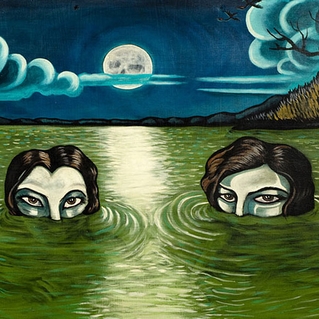 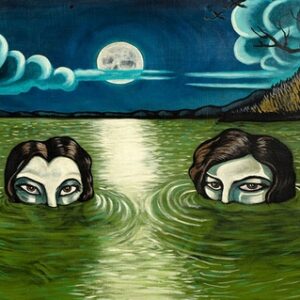 It’s been trailed as a return to roots and to their best form. Does the new Drive By Truckers album deliver? Joe Whyte is unimpressed.

I remember clearly the first time I heard Drive By Truckers. It was one of those mad nights where you go out for a couple of drinks and end up at a friend’s house and it’s suddenly daylight outside. We’d been doing the usual thing of matching each other drink for drink and my buddy was spinning the discs. We’ve all been there; “wait til you hear this one…” etc etc. Anyway, this had been going on for some hours and we were both, as Nick Kent would put it, in an advanced state of chemical refreshment. My pal then pulls out a double CD and instead of the previous one track at a time job, he insisted we listen to the whole thing. That CD was Southern Rock Opera  which has, in the intervening years, been portrayed as a concept album, a tribute to Lynyrd Skynyrd, good-ole-boy rockin’  and a variety of other not very accurate descriptions.

It is so much more than that; it’s a hymn to the southern states, it’s an allegorical tale about American myths but it’s mostly a love letter to the thing that the Drive By Truckers epitomise; raw rock and roll in it’s purest form. I sat literally open-mouthed through the whole double album that night and became a devotee immediately.

It’s not been a smooth ride for the band (or the fans, for that matter); Jason Isbell joined the band just following this and his songwriting, allied to that of founding members Mike Cooley and Patterson Hood lifted the band to heights even they couldn’t have imagined.  2008 saw the release of Decoration Day and The Dirty South which were absolute high points for the band and A Blessing And A Curse which wasn’t too shabby either.

Isbell left in cloudy circumstances; he was married to (and later split from)  bass player Shonna Tucker and the Drive By Truckers story was mired in a dysfunctional haze from then onward. A regularly changing line up, members developing solo careers and some poorly received albums which toyed with soul and Stax-y R&B didn’t particularly help or gain them new fans.

English Oceans sees Hood and Cooley split the songwriting down the middle, six songs each and a Hood composition sung by Cooley. Herein lies the problem for me. Hood is the heart and Cooley the soul of the band that they’ve been in since they were kids. I’ll be frank. Cooley is no singer. His songs suffer dreadfully from his hokey country baritone which grates quickly. He also seems, at times,to be trying to match Hood (who is an excellent wordsmith) by jamming as many wise ass couplets into a song as he can and it just doesn’t work for me. Opener Shit Shot Counts is typical;  “Put your cigarette out and put your hat back on / Don’t mix up which is which” as a lyric isn’t the worst but it is indicative of what follows. The song is a mid paced Stones-style rocker, something the Drive By Truckers generally do really well but this sounds like a band going through the motions. A horn coda just seems tacked on for the sake of it.  Recent albums prior to this one have had the air of a band looking for an identity; this feels like a set of songs that they’ve thought “yeah, that’ll do” and put simply, they don’t.

Hood’s songs fare slightly better as is usual; Pauline Hawkins is a lengthy, woozy sounding song with the protagonist a cheesed off abuse survivor and it features a neat piano section mid-song. Hood’s narrative has the black, gallows humour that it would appear Cooley’s songs badly lack. First Air Of Autumn isn’t a bad song but unfortunately it’s virtually indistinguishable from Perfect Timing from Brighter Than Creations Dark

Made Up English Oceans is another rather turgid boogie driven by Cooley’s acoustic guitar and lyrics that are a slightly surreal take on a politician’s manifesto. The rhythm summons the Tennessee Three although it lacks the verve of The Man In Black. As mentioned, Cooley doesn’t do the storytelling lyric anything like as effectively as his running mate and it’s a dreary and hard-going journey at times.

Album closer (and paean to fallen comrade Craig Lieske) Grand Canyon is way and above the best thing herein. It’s simplicity and tender lyrics, courtesy of Hood, are a joy and one can imagine this closing Drive By Truckers sets for the foreseeable future. There’s a lovely moment about halfway in where the twin feedbacking guitars are left to howl and it sounds (I presume intentionally) like the winds through the walls of said canyon. Unfortunately, it’s a rare high point in an album that promised so much with the press release alluding to returns to roots and energetic songs. It may be remiss to mention it, but Isbell’s Southeastern released last year is a much more complete, rounded and honest-sounding album than anything the Drive By Truckers have done in some time.

Heralded as a return to form and simpler times, English Oceans is something of a disappointment and I wonder how many long term fans are sticking around. Certainly live shows (and falling attendances) in recent years support the theory that this is a band on the wane. For one, I hope not, but there have been too many false dawns for Drive By Truckers in recent times.