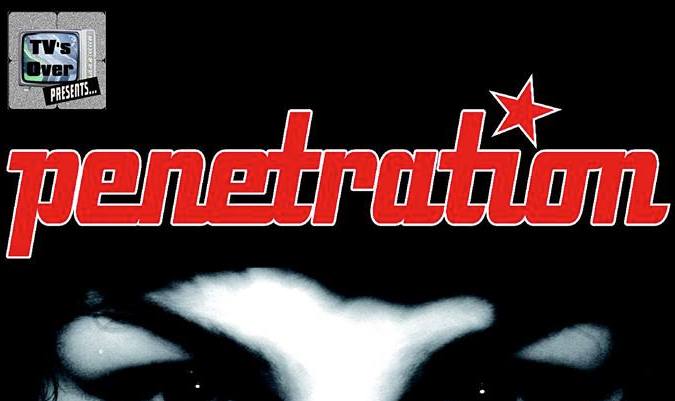 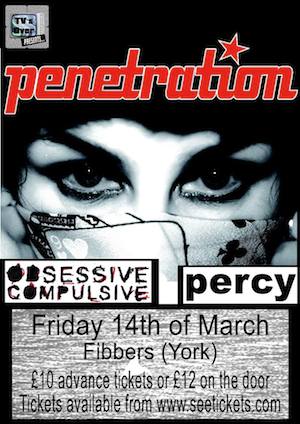 An old favourite and a new favourite in one night can’t be a bad thing. David Wells finds both at a Penetration gig at Fibbers in York.

I’d never heard of Manchester band Obsessive Compulsive and given they have been going 10 years and have (as I am now discovering) two excellent albums out I clearly need to give myself a good talking and get my faulty band radar fixed. Anyway bottle of Black Sheep in hand I made my way to the front where two or three hardy souls skulked whilst the rest of the crowd were at the back somewhere.

The band came on and launched into Sick Sick Sick – a really strong song which had Kelli the lead vocalist (and sometime guitarist) staring at the far off audience one foot on the monitors drawing the audience forward to the maelstrom of punked up metal. By song two most had been drawn in as the aural assault continued. Not knowing any of the songs I can’t give you a set list (which was by their own admission shorter than normal as Fibbers has to convert to a night club arrangement by 11. One song I did catch was No Logo which begins “I won’t sell my soul to the corporations” and is strong stuff. The two songs I have mentioned can be found on the Seculo Seculoum CD. Sadly no time for an encore although the audience was clearly up for more.

Talking to Kelli post set she said they were off to the States shortly for a long tour and “a bit of adventure”. I’d really recommend catching them.

Now I do love Penetration who were on of the first punk bands I ever heard. They have an impressive set list and the songs were delivered professionally but what seems to have happened here is that they have lost their way a bit and for the first few numbers they seemed to be going through the motions. Sometimes though things change and last night was one of those where it looked like Pauline Murray suddenly relaxed and started to enjoy herself a lot more . All the classics were there but one of the highlights for me is one of two later songs in the set – Sea Song.

I think the nub of the problem is that Penetration need to write some more material to supplement their set as it really is time to move on a bit rather than resting on the laurels of the two original studio albums. That said I still had a good time and one of the encores was their much underrated track Firing Squad – a personal favourite.

All words by David Wells. This is David’s first piece for Louder Than War.