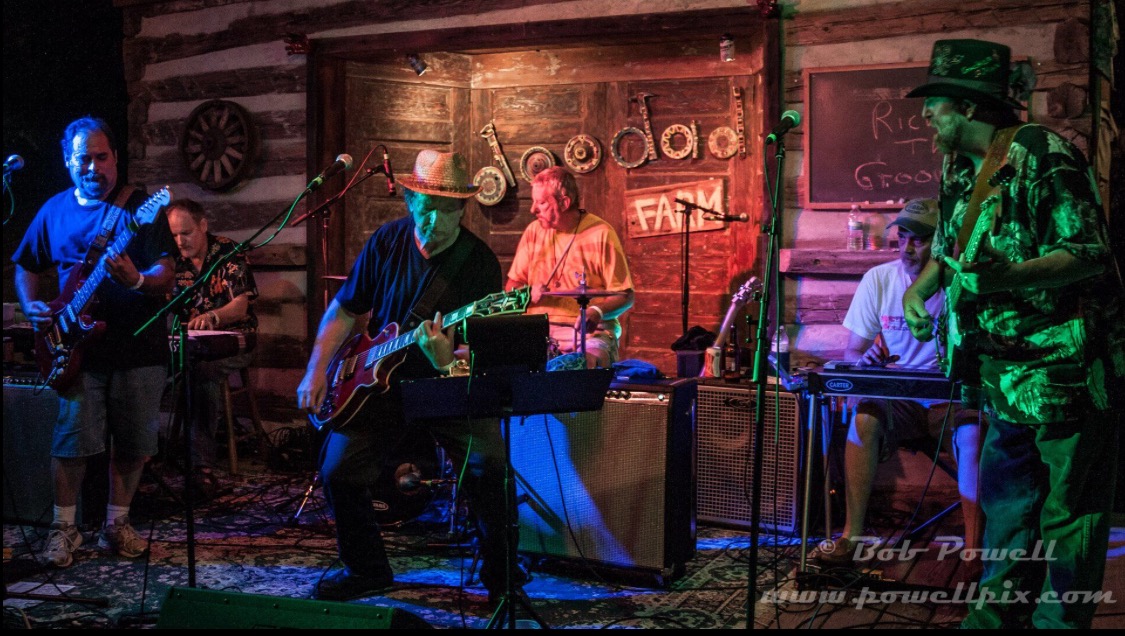 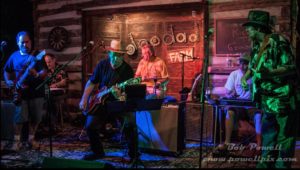 Push On Thru is the latest release from North Carolina rock group, Rich Lerner and the Groove. With similar sounds of artists including: Tom Petty , Bob Dylan, The Band, and Grateful Dead, Rich and the Groove have been playing music locally since the 90’s. Rich and the band are also the founders and creators of their own annual music festival entitled “Groove Jam Music Festival” benefiting their local homeless shelter and food bank.

The band has such a large and constantly rotating repertoire that no two shows are ever the same. I spoke to Rich about his music, the festival and a really cool future project that they have already begun working on.

Louder Than War: Rich, you’ve been playing with the band for a while, give me a little band history.

Ok. I think that I am just somebody that always loved music, been a bit obsessed with music, and a collector of music. I used to play drums, then I started playing guitar to be able to write songs. Then I just kind of fell in love with performing, and met some other guys that were like minded. So we get together to play music regardless of whether we have something scheduled, or a session date. We just enjoy playing music together. So that’s kind of where it starts, from the love of music. I really believe that music is the highest form of human communication. I just enjoy being part of it, the act of making music and sharing music. It’s just something I’m kind of obsessive about.

Is it true no two shows are a like?

We never have the same set list at a show and we are always trying to rotate the stuff in our repertoire and introduce new songs. It keeps it fresh for us, and the audience and our fans. There are some other bands that do that but the industry norm, at least back in the day, was that a group would learn a set of music, and they would play that same show night after night in different places. Then at some point the idea came along, I think it probably started with the Grateful Dead, to play different shows every night, so that it would be unique. Then people would want to see it more than once. We just kind of have that philosophy.

Are you planning to tour?

I don’t think so Eileen, we don’t really have that opportunity. Some of the guys in the group have day jobs and other responsibilities that would keep us from actually going out on the road. I’m not sure that’s the lifestyle that would be great for any of us. So I don’t really see that in the near future unless something changes, and an offer or a big opportunity opened up. We’re really kind of locally based.

I’m sure you have a big local fan base.

We have a good local following, and that is what kind of enabled us to start the music festival here, that we did and still do to benefit the local food bank and homeless shelter.

That’s exactly where I was going next. Tell me about the festival.

That is a local music festival to benefit a local organization. The Greensboro Urban Ministry are the leading provider of services to the homeless community in our area, as far as shelter, and meals, and working with their clients to get them back on their feet so they no longer need those kind of services. It’s just an organization here that does a lot of good, and has been around for a long time. I just felt like it was a worthy recipient of our festival. I wanted to have a music festival that would benefit local organizations and I felt like they did the most good for the least fortunate in the community, so that’s kind of why we chose them.

How do you get people to play at the festival?

Well, having been here for a long time I’ve become friends with a lot of the other bands in the community and we are very blessed here with a lot of really good local talent. I just reached out to the people that I knew that I thought would like to participate in the beginning. Now it’s gotten to where people call me and ask if they can play. I really have more offers that I have timeslots. That’s a good problem to have.

You’ll have to make it a weekend festival.

Yeah, we might have to expand it, you’re right.

So then your pretty much a local band by choice ?

Yeah we’re pretty much just a local band. We record when we feel like we’ve got a group of songs that make for a good album, and we just wanted to get the chance to be heard outside of our local circle.

Who write the music?

I write most of it. The other guys in the band write some too. Sometimes we collaborate, but I’m the main song writer.

Are you also the lead singer?

We are actually working on a follow-up to this album project that’s currently out now that you’re calling us about. We’ve begun work on a follow-up album to come out next year, That’s going to be an interesting project, in that we have a new musical friend and collaborator whose name is Juma Sultan. Juma use to play with Jimi Hendrix. He actually played with Jimi at Woodstock, and he’s a percussionist. He recorded with Jimi also. We became friends and musical collaborators because he has family in this area. When he’s here we get together and play music. So our next follow-up project is going to be with him.

That is so cool!

Yeah, it is. He’s a really nice guy. We just hit it off both personally and musically. He just kind of fits right in. Of course we are excited about playing with somebody that has that kind of history. It’s just really neat. We’ve already started recording and hope to release it sometime next year.