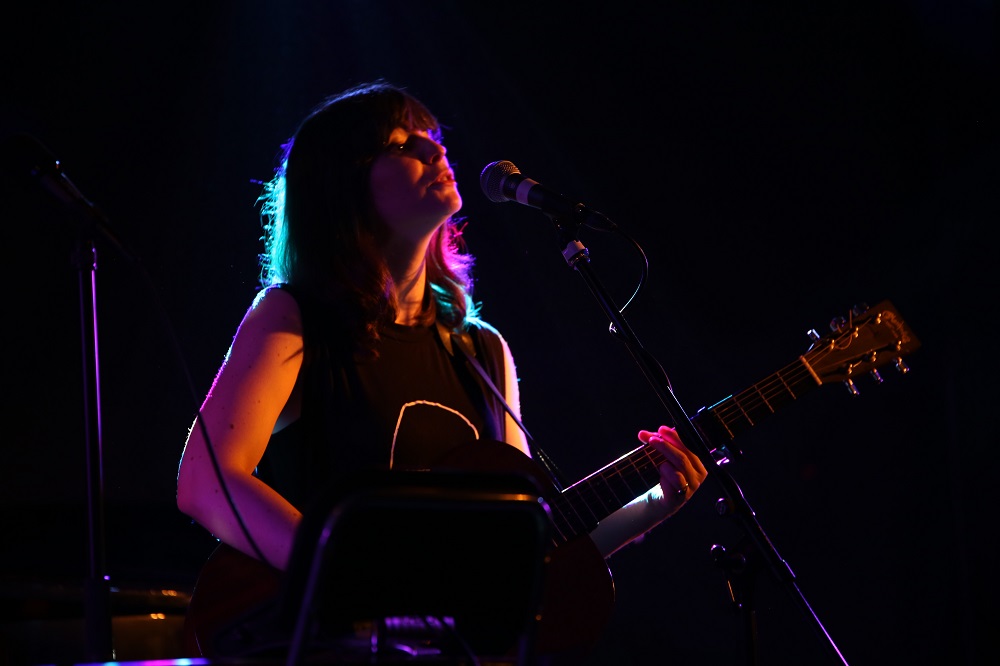 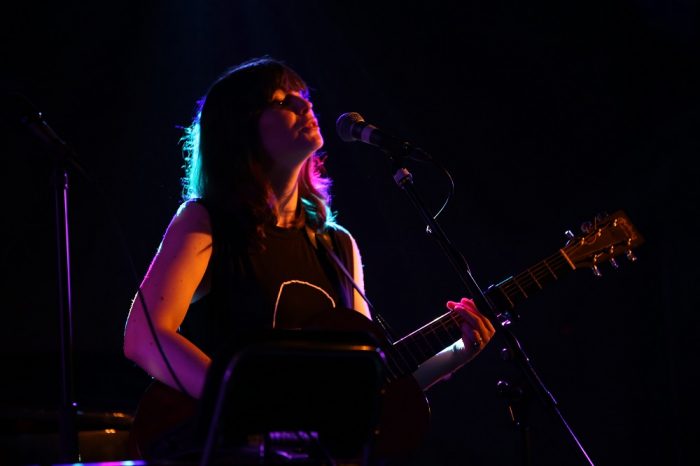 Very few new artists get to avoid the slog of support slots which can be a thankless task as all too often the assembled punters have zero interest in whoever is opening the show as they chat away about their dull lives.

But whoever is managing Roxanne de Bastion is really switched on as it was a smart move to get her a tour backing Kurt Wagner’s latest incarnation of Lampchop, so she was guaranteed a receptive middle aged audience who were only too happy listening respectfully to her finely crafted songs.

It’s a brave move just to stand there with just a guitar, but her pure tones means she won’t be backing other acts for much longer as her debut album Heirlooms & Hearsay is one of the records of this year.

It’s a mark of her confidence starting with the breezy folk of Seeing You from her first EP back in 2014, which had echoes of Joni Mitchell, and although it is an obvious comparison there is no greater compliment than that. Whilst the well behaved older audience were listening they were still proving reluctant to move near the stage despite de Bastion protesting her stage diving was going to go horribly wrong.

This is an artist who’s unashamedly a child of Europe having grown up in in Berlin. Wasteland is partly an ode to her home city, and also a damning indictment of out little Englander mentality with millions being conned by clowns like Farage, Gove et al.

Her album is partly about her own experiences of being a young woman but also about the trials and tribulations of her beloved granddad. As de Bastion explains before standout song, Run, it is about how her grandparents fled the Communist regime in their native Hungary to settle in Stratford upon Avon of all places.

Her grandfather was a professional musician back home and the piano he played has somehow found its way to the West where de Bastion perfected her keyboard skills. The sense of fear of being on a Stalinist list drives Run’s damning lyric and with a right wing orange buffoon in the White House is a timely reminder that the left can also be guilty of oppressing people too.

de Bastion wanders off to Lampchop’s piano for a couple of numbers, and her stripped down version of the intensely personal Thicker Skin has a touch of Laura Nyro about it managing to persuade the crowd to edge a couple of steps forward….but no more than that. Not a crazy crowd this one!

de Bastion rounds off with a punky version of early download Red and White Blood Cells encouraging the audience to sing along, and to their credit they do as older audiences tend to be a bit more game for some fun at a gig. They clearly had warmed to Roxanne de Bastion’s charm and quality song writing which suggests she could be headlining this venerable venue before so very long.