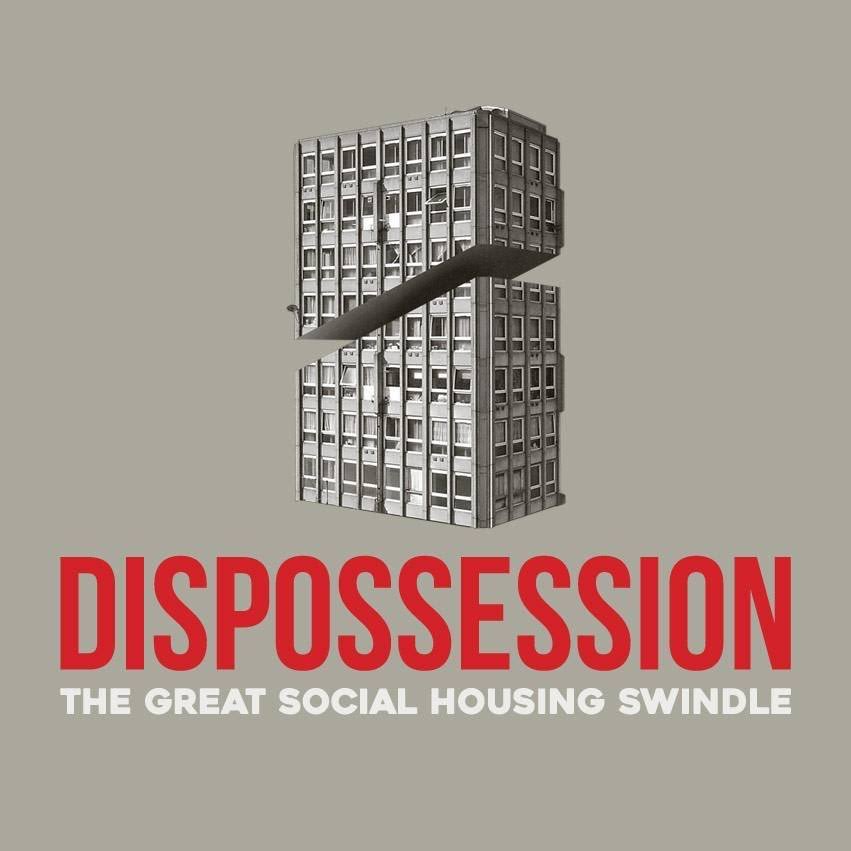 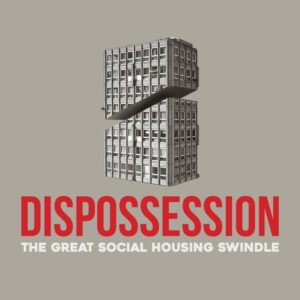 Directed by Paul Sng and narrated by Maxine Peake, Dispossession: The Great Housing Swindle is a documentary on the ever increasing housing crisis in the UK and the effect it is having on the lives of millions of people.

Starting just after WWII with Clement Attlee’s Labour government building more than a million homes, 80% of which were council houses and the subsequent changes in perceptions and goals in successive governments and councils, Dispossession takes us through key eras in our history focusing on a select few estates ranging from London to Glasgow. With a variety of talking heads ranging from politicians, to university professors and the residents themselves, Dispossession pulls no punches when it comes to the often harrowing tales of suffering inflicted on people by changes in legislation and the neo-liberalism that has come to define the 20th and 21st century.

We see the beginning of what was termed “slum clearances” in the fifties through to modern day “gentrification” (same thing, different banner) and how the slashing of funding for councils by central government, the constant demonisation of residents in these estates by the media and the loss of industry have helped those with ulterior motives to deliberately run down estates through lack of maintenance etc which in turn leads to a “need” to demolish entire housing estates displacing entire communities and replacing them with homes unaffordable to those who originally resided there.

One of the best features of Dispossession is its constant stream of facts and figures. We now live in an age where facts are deemed irrelevant by the ruling elite but many of us still believe in them and this film presents statistics and figures in a non-partisan way so we are left in no doubt as to who is gaining from inflicting this misery on so many working class people.

Another feature, and probably the most important, is the fact that the film is in no way a party political broadcast. In an age where you are now deemed to be a “leftist” or even a “snowflake” just for showing compassion to another human being and getting upset and angry at the way so many of us are being treated it would have been very easy for the Sng to have made this all about attacking the Tory party and they are proven to be culpable in a lot of ways Sng also highlights the role successive Labour councils and New Labour itself have played in encouraging such activities. One of the most telling lines of dialogue in the film is the few council members who are interviewed starting every section with “I don’t have all the facts…” as they begin talking about the various estates and borough’s. Typical politician answers then normally follow.

The beating heart of the film is the residents themselves. From watching the film you get a real sense of what pride they feel in their community and how these building initiatives are tearing that very community apart. They aknowledge the fact that to the outside world, thanks in no small part to the spate of benefit porn programmes and unfair headlines, they may be seen as “lazy” “feckless” or any other tired old stereotype, but they themselves have nothing but love for areas where as many as five generations have existed. They also help shine a light on the fact that the largest part of the community are hard working people who are not “benefit cheats” or spongers on the State. Their interviews are laced with humour, passion, anger, and a deep deep love of who they are and the people that surround them.

Dispossession: The Great Housing Swindle is as vital a documentary as you are ever to see. It is given a voice to those who are not heard by many and puts faces to statistics. Paul Sng has crafted a film that could so easily have itself falling into the trap of being a one-sided argument and a rage against Westminster but instead places facts and people at the core of its narrative. Unlike many “above” Sng and his crew do not conceal an ulterior motive, all they want is for people to get informed about one the single most important issues in our times and for people to do whatever they can to fight this unjust system. Heartbreaking, informative, powerful, and with a wonderful score by Mickey O’Brien, this is as an important a film as you will ever see.

For more information and to find out where the film is being screened please visit: