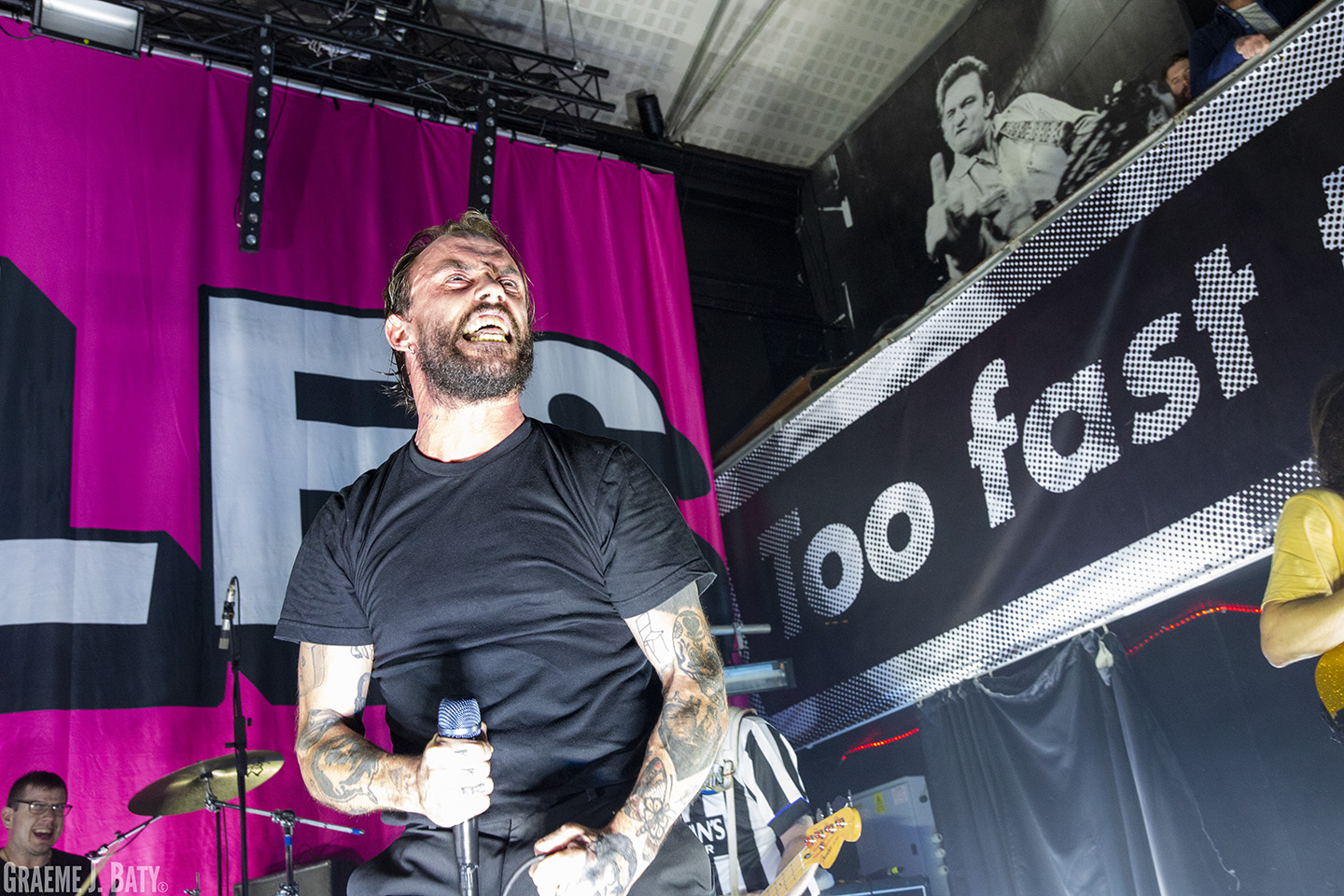 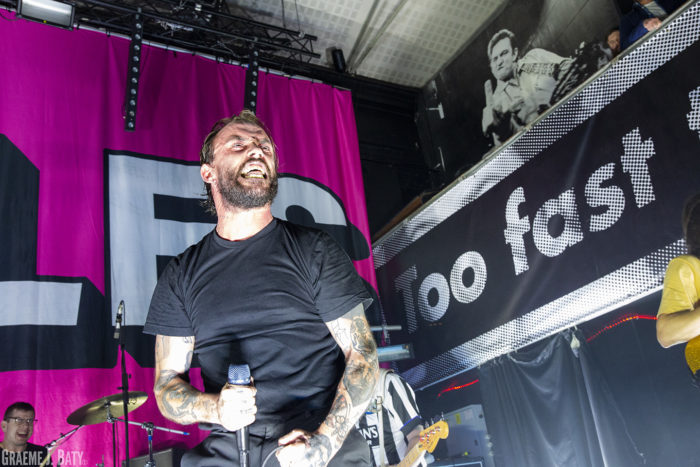 A blistering set that unites a diverse crowd in emphatic fashion, IDLES proving once again why they’re the best band in the country!

Hype is all too often a fickle thing, with buzz bands coming and going all too quickly. It takes a lot to rise above hyperbole, but IDLES seem to consistently prove to the world that they are the real deal. Following on from a hugely successful 2017 with the release of their incendiary debut Brutalism their momentum carried into Joy As An Act Of Resistance. It’s title is beyond apt, and tonight they bring that feeling of Joy to Newcastle.

The night is kicked off though by fellow Bristol band Heavy Lungs which features the now famous Danny Nedelko, the low hum of their bass kicking in before even a single lyric is murmured piques everyone’s curiosity. Nedelko’s dancing quickly becomes a feature of this highly charged set, flailing around the stage in a somewhat uncontrollable fashion. His harsh lyrics possessing a similar angst and intensity to that of bands like Bad Breeding, there is definitely significant potential in Heavy Lungs. Their single Blood Brother is by far the stand out song from this short set and one that will certainly win many fans.

As the dark thrum of Colossus kicks in and the lights go down, this slow track providing the perfect gateway to what is an otherwise raucous set. By the time they reach the end of this opening onslaught the packed crowd are screaming along as pints and bodies alike fly across the top of the crowd. Never Fight A Man With A Perm is the first instance of Joe going from front man to conductor of this mass choir, every word belted back at the band with equal gusto. With the noise almost deafening, it was quickly becoming much more than your average gig.

The most striking thing about this crowd though was the stark difference in the demographic, young and old pogo together screaming along at the tops of their voices. United in their resistance against the evils of this world, all of which are shared by the band. Every track in this set brings a new issue to the fore a new reason to love or hate, for many I’m Scum is all too close to home as these words resonate throughout this room. Yes we are lefty’s, we may be soft but we care, similar sentiments are echoed in Danny Nedelko featuring the man himself of course. IDLES are not promoting anything new or groundbreaking, just that its ok to be a decent human being even when all around you are may not feel the same.

The second half continues this passionate and heartfelt run of songs, everyone more powerful than that which preceded it. Great is a definite highlight of the evening though as Joe stood back and basked in the glory as every word is screamed back, this damming song rings true in the hearts of so many who feel let down by what is rightfully described by the band as the worst thing that this country has ever done. It’s a song which will only grow in poignancy as this shambolic Brexit continues to grab headlines for the Governments calamitous handling of it.

Their brilliant cover of Solomon Burke’s Cry To Me sounds truly epic live, they’ve truly made that song their own. Closing out this set in style with Well Done followed by a sincere tribute to the bands love of the north and in particular the rambunctious audiences that all to often greet them. Introducing Rottweiler Joe reminds this crowd “Don’t read the sun you’ll go blind”. Before diving into one last blast of right wing fascist hating guitar based noise.

As Joe leaves the stage and the discordant noise continues to stream from the speakers the rest of the band flailing around with wild abandon. We’re left confronted by a sea of smiling faces, fulfilled having escaped the misery laden world for this short time. If ever there were proof needed that Joy As An Act Of Resistance was a thing it would be right now, the excitement and happiness expelled by this crowd and IDLES alike is unbelievably refreshing. They’re doing this for all of the right reasons, tonight transcends your typical show, there is a deeper connection an understanding, a meaning, they make you feel something and that resonates throughout. For that alone they should be lauded as the best band right now! Where some may disagree we challenge you not to be moved by this truly incredible band!