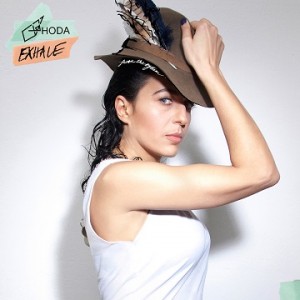 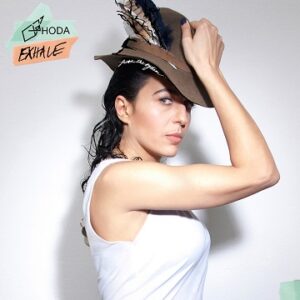 With influences ranging from Stones Roses to Led Zeppelin to Nick Cave, Hoda Mohajerani is an exciting proposition. She fails to disappoint.

Exhale is a powerhouse of a single and a breath of fresh air to the music scene. Beginning with a spritely guitar strum and muffled drum sound it soon explodes into a raucous rock track with a voice that is clearly powerful and precise.

Perfectly suited to the loud sounds, Hoda’s voice roars and almost screams through just over two minutes of a highly infectious and deliberate attempt to weave its way into your head. It succeeds.

Born in Tehran and moving to London via Paris in 1979 she later studied at the University of London where she ‘re-discovered the power of music’. In the wake of previous releases, Arrivals and Raging Waves, the new single sees Hoda drop the acoustic guitars in favour of electric and it’s a move which has clearly paid off.

B-side No Surrender has a slow entry with lone guitar and voice and the occasional addition of a weeping guitar. Containing another catchy chorus the track grows into something of an anthem as guitars and drums combine to rise and rise in epic proportions making up for the shortness of Exhale by over three times its length.

On this evidence Hoda Mohajerani can pen a tune or two (hopefully more) and is definitely one to watch. An album would hopefully secure her credentials as a quite formidable talent.