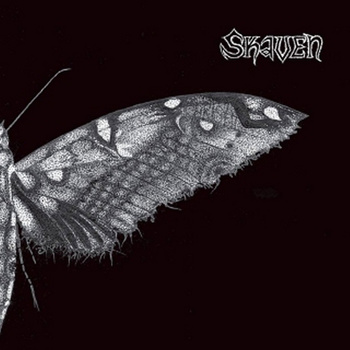 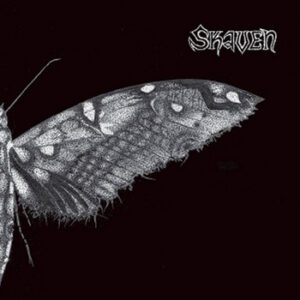 The brief career of crust legends Skaven is re-captured on a highly sought after re-mastered album that brings together all their output.

Brad Boatright is a massive legend. Not only is he part of the brilliant crust band From Ashes Rise, but he’s also the re-mastering mastermind behind the much anticipated discography of Skaven. Originally recorded two decades ago by Noah Landis at Polymorph Studios, this eight song collection features everything from the short-lived Oakland band’s split releases to their out of print E.P.

Catchy is the wrong choice of words to describe the incredible, ear pulverising noise that is Skaven. However, no one can deny that there is something about their music that lingers in the mind and causes crust’s greatest lovers to hit the repeat button.

It’s not all terrifyingly fast. Long, dramatic instrumentals on Fleshy Curse and The Swarm allow the music chance to breathe before the angry vocals kick back in. It’s these parts that give the music its moody edge and some might say an almost beautiful sound amongst the noise.

Although the band’s career was short lived, it’s not hard to understand why this collection needed to be re-issued back out into the world of heavy music. Everything about it screams passion, as the listener is taken on a time warped journey through two years of ferocious 90s crust.

Side A:
1. Reflective Skin
2. Plague Wind
3. Abcess
4. Fleshy Curse
5. Like the Worms That Crawl the Earth

The album can be downloaded – name your price – at Moshpittragedy Bandcamp.

All words by Sophie Sparham, find her Louder Than War archive here.