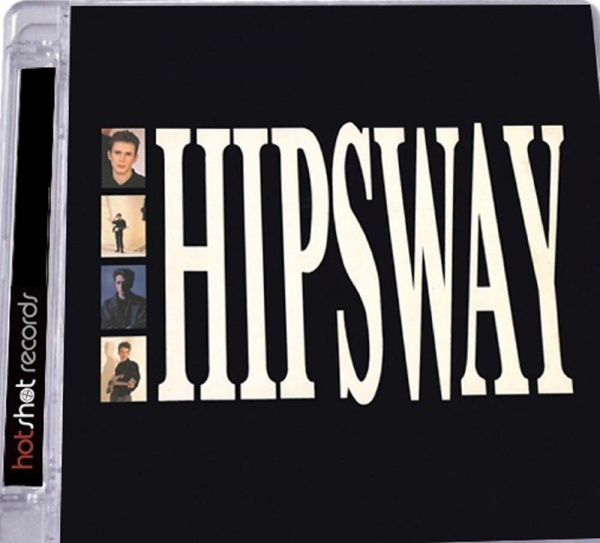 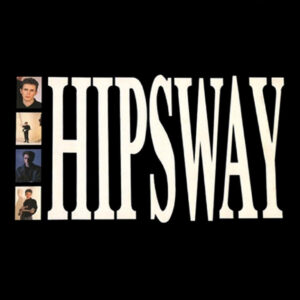 Hipsway should have been HUGE. Their unmistakable sound – a fusion between pop, funk, jazz and Indie guitar twang – had all the ingredients to make them massive, and they were close, so close. From the ashes of Altered Images, bassist Johnny McElhone roped in ex-Kites members Harry Travers and Grahame Skinner, and together with Pim Jones on guitar formed Hipsway and things it would seem started to happen quickly. A quick deal with Mercury saw them recoding their debut album and releasing singles both in the UK and in the USA to mixed responses.

The band’s first two singles The Broken Years and Ask The Lord were chart fodder for 1985 if ever it was heard. Sadly they both climbed to just number 72 in the UK charts. Consistent yes, but not really what was expected. The sounds of The Broken Years were as immediate as immediate could get, it’s crystal clear opening guitar riff had the listener on edge within seconds and the vocals of Skinner, whilst reciting lyrics which were often avant garde to say the least, were strong and very Bowie-esque. Ask The Lord was catchy too and a couldn’t fail to have a foot tap, it’s chorus was strong and the production by Gary Langan (Spandau Ballet, ABC, Art Of Noise) was clinical and direct.

Album opener, The Honey Thief provided the band with their only major chart success. Sneaking into the Top 20 at number 17 it also gave them a number 19 hit in the US Hot 100 and ensured their album also had some success. A hit in several countries worldwide it potentially marked the coming of a great band and, had their name at the time been Duran Duran would have probably ensured enormous success for them. As it was, the follow-up was a slightly misinformed release of an updated Ask The Lord where The Broken Years would maybe have been more suitable, the former stalling at number 50. Hindsight is a wonderful thing.

A fourth single, Long White Car was produced by Paul Staveley O’Duffy (Swing Out Sister, Lisa Stansfield, Amy Winehouse), who also produced the remainder of the album, and his expertise helped maintain the high quality of sound throughout. Long White Car slows the pace somewhat and whilst it too was addictive enough, its ballad-type approach failed to capitalise on the success of The Honeythief.

The success of Hipsway the album was not purely down to the singles, in fact the remaining five tracks were as equally impressive. McEwans Lager famously used Tinder on one of their TV adverts which undoubtedly helped maintain the albums impressive 23 week run in the UK chart.

With many an anniversary release comes a bonus disc of material and Hipsway is no exception. It does differ somewhat in that there is no filler involved. Extended versions and remixes are joined by b-side and bonus tracks in the shape of the brilliant Pain Machine, Wild Sorrow, Are You Ready To Listen and Ring Out The Bell in an impressive fifteen track disc. The superb Galus Mix of The Honeythief also rubbing shoulders with various dance and ‘dub’ versions. The inclusion of the odd live track may have been nice given the bands reputation on the circuit which has seen them only last month perform two sold-out nights at the O2 Academy in Glasgow.

For an album that is thirty years old it has aged surprisingly well with little sounding dated, in fact the production of Langan and O’Duffy still sounds crisp to this day making it a must have from the time. Containing twenty-five tracks it is testament to a great band who could have reached even greater heights given the smallest of breaks. As it is, it remains one of the best albums from the era.