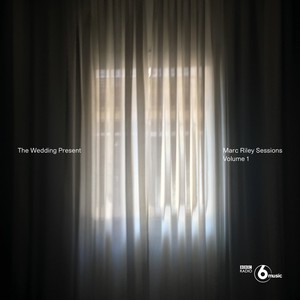 Following a tradition set down by Peel/Selwood and the Strange Fruit label, Hatch Recordings and BBC Radio 6 Music collaborate to release a series of sessions by The Wedding Present. Simon Tucker reviews.

2016 has seen a few noteable comebacks but only a few can claim to have come back in such style as The Wedding Present. A string of well received gigs and the release of one of their finest albums to date “Going, Going,..” (our review of which can be found here)  has seen David Gedge and his band’s profile at the highest it has been for some time and with this new series of releases taken from sessions the band have recorded for 6 Music about to get released it is surely now time everyone noticed what an incredible songwriter Gedge is.

The three sessions on this album were recorded between 2007 and 2010 and what is instantly obvious from the first listen is the sheer consistency of the band. Songs may range in mood and tempo but one thing that always remains is the quality. Produced wonderfully with each instrument allowed space and room to interact or take the lead, these sessions highlight what great musicians Gedge has surrounded himself with over the years. The band throughout these sessions are extremely tight but play with swagger especially on a thundering and raucous Palisades. Other highlights include an exhilarating Brassneck and their cover of “Where Everybody Knows Your Name (Theme From Cheers).

Gedge’s vocals are a constant throughout as he relays his kitchen-sink tales of love and loss with passion, humour, and displays his deft touch with melody.

This release is the cream on top of the cake for Wedding Present fans. It is a look back at some of their finest moments within a new setting and will reaffirm in those fans the belief that this is one unique, talented, and intelligent band. This should also serve as great entry point to those who are keen to investigate The Wedding Present and their rich catalogue.