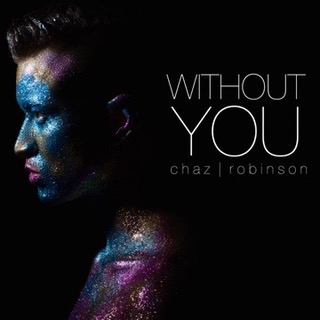 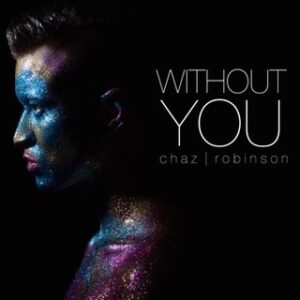 Electric pop artist Chaz Robinson is currently on the ballot for a Grammy nomination for his new single: “Without You”. The single comes off his album, “Chaz”. A startling and picturesque video on “Without You” is also available to view on YouTube.

Aside from being an explosive singer, and animated personality, Chaz is also a national and international “Jump Rope” champion. I spoke with Chaz in depth about his music, but couldn’t resist talking about jumping rope as well…

Louder Than War: I want to talk to you about your music and your single, but first I wanted to confirm that you’re a jump rope champion, is that true?

Yes it is. I hold 2 world titles. Jump rope in the fashion that we do it is considered an extreme sport. We incorporate a lot of gymnastics, as well as acrobatics. If you think about this, it will put competitive jump rope in perspective for you: so in 30 seconds how many times do you think we would be able to jump?

So in 30 seconds the most that I have a gone was 180. Believe it or not that’s actually kind of slow. There are people that are breaking 200.

Is there a training program or a school for this sport?

When I was younger the elementary school I went to had a jump rope team, and the coach of the team kept trying to get me to try out for it. I didn’t really want to, but I finally did, and I made the team. That was 17 years ago. The team teaches you what you need to know. It’s passed down from jumper to jumper. We go to workshops and learn from there, and I traveled all over the world teaching and learning in workshops. We just pass it onto one another.

Is it more for men or woman?

Now that I got that out of the way, on to your music…Do you write your own music?

Yeah, I do. Everything on the album I was the main writer for. They were all songs that I had already written and I brought to my team. I had a list of probably 30 songs or so that we whittled down to 11 for the album. I wrote every single one of them, and then as we were recording them, we changed a few things. There were some co-writers on some of the songs. The first single, “Without You”, I’m the soul writer on that song. My production team is incredible.

What record label are you on?

I’m with Spectrum Music Group. All my music is electronic pop aside from one song on the album, which is actually a piano ballad.

How long have you been singing?

I started singing when I was 3 years old in church. I always enjoyed it but at the time I didn’t know that I wanted to take it to this point. I always knew that I wanted to sing forever and always till the end of time, but it never crossed my mind to be a pop artist. That didn’t happen until 5 or 6 years ago when I started this whole process of recording my own song and releasing it, and promoting it. So I’ve been singing a long time, but recording not so long.

I’m originally from Indianapolis Indiana. I recently about six months ago moved to Orlando. While people are great in Indiana, it’s quiet and homey, but it doesn’t really offer a lot of opportunities especially in the entertainment field.

Do you intend to tour in support of the album?

Yes, absolutely. Right now we are working on finding a booking agency. It’s definitely something that we are looking into doing. At first it’s a slow process trying to get everything going, really establishing a bases before heading out into the universe and doing live shows.

If you could say anything to your fans and followers, what would you say?

I say this all the time, thank you for your support, I mean what is it that I do except to for fill my own purpose …what I’m doing is completely pointless and incredibly self-absorbed if I’m not doing it for some other sort of purpose. I love writing music, I love singing, I love performing, but at the end of the day the performance is about everyone else. The biggest thing that I can always say is thank you, thank you, thank you, and continue to look out for new things. Things are always happening and I never know what they are in the moment….but as soon as I do, I hit the ground running with it. So keep in the loop, and stay listening.

Is there anything else that you want to say?

I’m super, super, super excited. Realistically speaking once you find that you were on the ballot, you have about one week to campaign. The response has been insane. I have hundreds of emails in my inbox every day. People that love the song, so it’s been so surreal. Obviously any musician, or anyone in music, knows what the Grammys are, and aspires to being amongst the few that have a Grammy. It’s incredibly validating for sure.

That’s a really big deal and I wish you all the luck in the world.