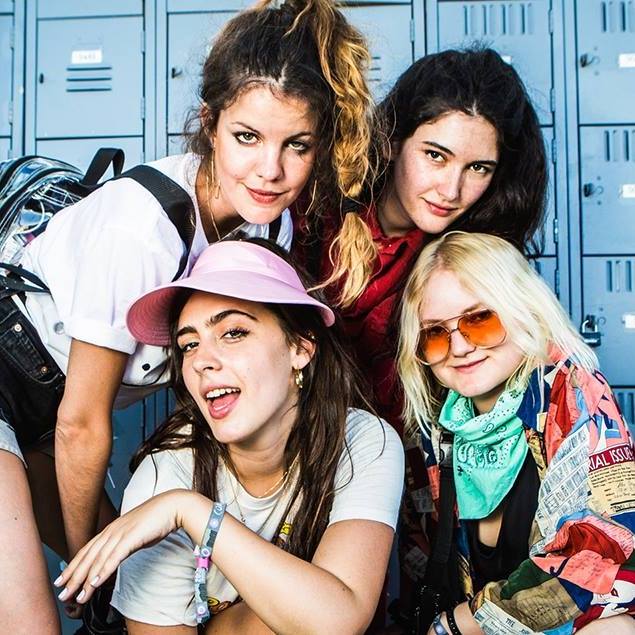 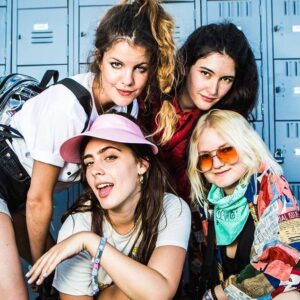 The brilliant Hinds win over a packed crowd on their first visit to Newcastle with a blistering set!

As Hinds top off another impressive year on the road and the release of their brilliant second album I Don’t Run, they’ve come a long way since their lo-fi early days and this album really shows that off. Tonight is their first ever show in Newcastle, but first up are Sports Team who take to the stage in exuberant fashion. However, lack the substance to back it up.

They’re excitable and enthusiastic but their on stage behaviour overshadows their songs, this lukewarm crowd do not seem to warm to Sports Team tonight. Which is a shame as the band have some catchy tracks but they lack any real enthusiasm. Aside from mounting one of the speaker stacks and some odd dance moves their set is relatively forgettable.

The same lukewarm crowd greet Hinds who are initially shocked by the poor quality reaction, but they set about turning things on their head. Something which they quickly succeed in doing, with tight riffs and an excitable stage presence that doesn’t interfere with their upbeat tracks. Opening with the likes of Soberland and Chili Town before diving into a brilliant cover of Kevin Ayers’ Caribbean Moon.

This brilliant track allows us to forget about the freezing weather outside for a few moments, that’s a theme though that runs through this set. There is a real summery vibe to Hinds set and to their attitude, as they effortlessly entertain with tracks like Garden, The Club and Rookie they continue to force bigger and bigger reactions from what had previously been an almost impossible crowd to enthuse.

They’re relentless with their riffs and unbridled excitement, a cover of The Clash’s Spanish Bombs provoked a huge singalong, before the band wrap up their set with a rousing rendition of Finally Floating. They’re beckoned back to the stage by a crowd who are now truly on their side for another cover this time of Davey Crockett by The Headcoatees. They close out their set in typically emphatic fashion with the brilliant New For You.

Their set tonight is very much divided, Hinds struggle at the start but by the end have this crowd eating from the palms of their hands. With their infectious personalities and brilliant songs turning everyone in this room over to their way of thinking. You really cannot ask for anymore!