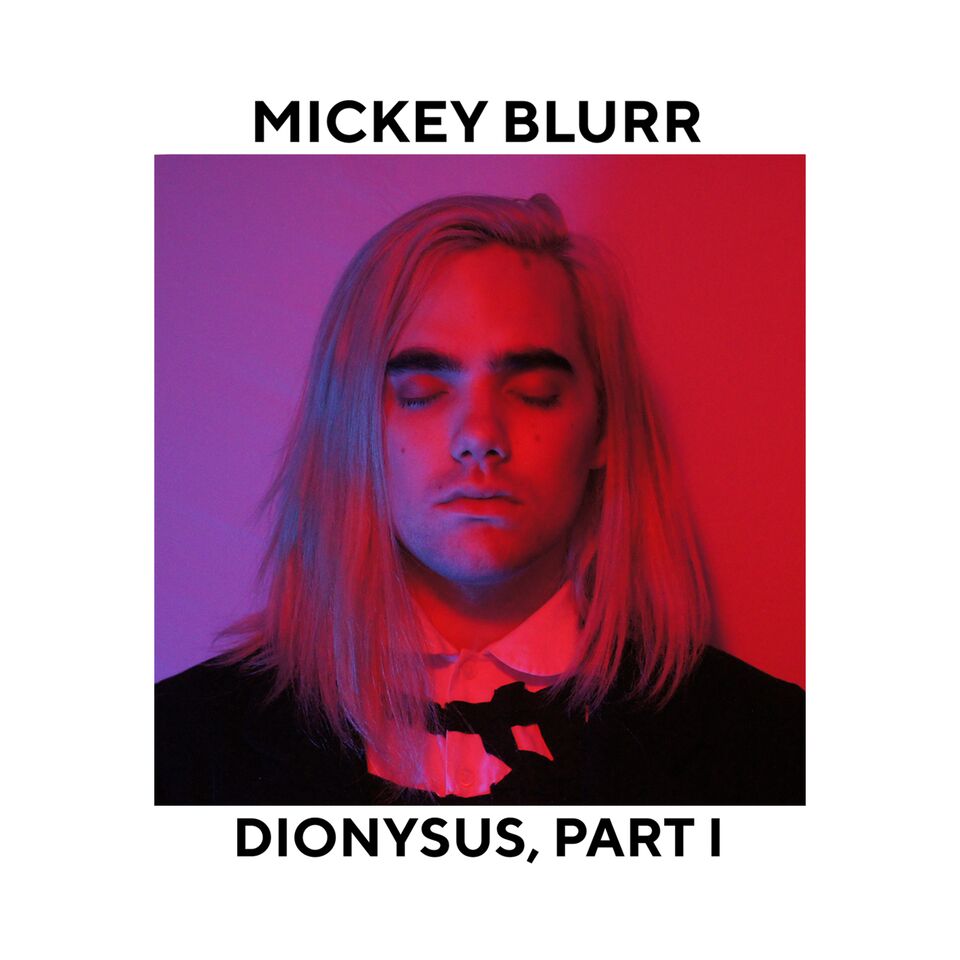 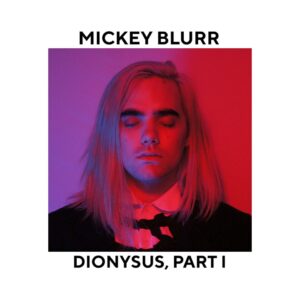 There is a certain mystery about Mickey Blurr which is rather pleasing. With a band, The Plurals, described as ‘ever changing’ and little information available on the internet, all that is left is the music. The pure pop of some of the music is tempered by both the lyrics and the vocal delivery, both of which have a slightly sinister undertone. Following the release of their first single St Paul, Mickey Blurr have brought out both a single, SATYR DAY IV: the boys, and have just released their EP, DIONYSUS PART 1. Their music has hints of some of the best new romantic pop and indie of the 1980s, but their sound has far more influences than that. There is a lavish, sometimes languid feel to the music Mickey Blurr play.

DIONYSUS PART 1 is a collection of six tracks that showcase the lyrics and lush vocals of Mick B. Lurie. It begins with recent single SATYR DAY IV: the boys, a pure pop song with somewhat gothic vocals about the joys of decadence. The EP continues with Edward In Oz, a more relaxing proposition with more depth and musical variety. Again, the lyrics, especially the phrase ‘A picture with no frame’ give the track a certain force.

Panic takes the tempo up a notch and is arguably the best track. As the music becomes more forceful, the vocals become sweeter, although juxtaposed with the lyrics, including ‘I will die panicking and screaming’. The track has an extravagant feel and there is abundant creativity in the way it has been put together. This is Art-pop at its best. Continuing with Mickey The Knife, with its fine intro and enough twists and turns to intrigue the listener, DIONYSUS PART 1 continues at a fine pace.

BADSTAR begins with some off-kilter drums and lush guitars. At times dreamy, at times intense. It is another highlight. More stunning music with the texture of rich, ruby velvet. The song Kuroneko is sublime. The blurred vocals and luxurious mood are a perfect way to end the EP. The feeling of dependence on someone else’s approval is one everyone can relate to. Its eternally difficult concept lends itself well to the feeling this is a 1950s pop song brought up to date; angst for the new generation.

Sometimes it is a pleasure to move out of your comfort zone and experience a different type of music. Mickey Blurr has proved that. For lovers of rather avant garde pop, this is a breath of fresh air. Well worth kicking back and letting yourself absorb this beautiful EP.