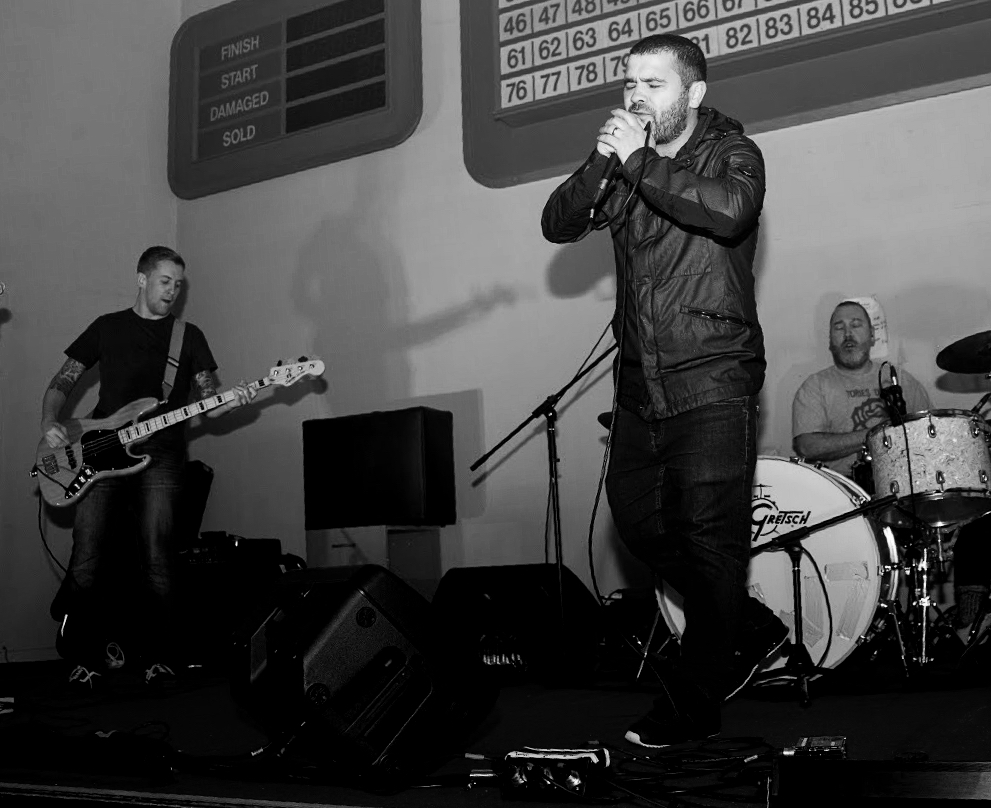 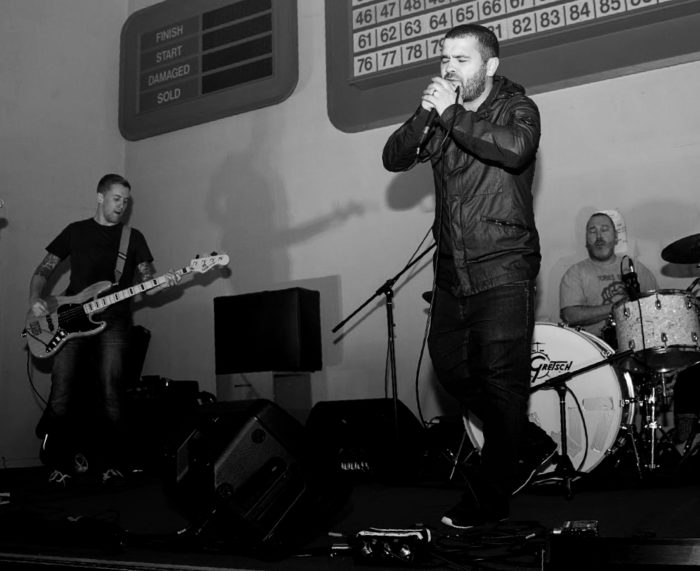 Northwich is fast becoming a place to be on the music scene again,  after Tim Burgess and friends took over the town earlier in May with a stellar line up of quality bands. This time The Plaza has been taken over for a festive knees up including some quality up and coming bands to show off their skills. Wayne Carey is here to check out the hype of Longsight street poet / wordsmith Argh Kid (aka David Scott).

Being the Mancunian abroad I travel up the road to check out Argh Kid who is making waves on the music scene with his raw street tales layered from behind by his tight backing band. He enters the stage with none of that Manc cockiness we have all witnessed and is quite humble as the band kick off with a funky intro reminiscent of The Happy Mondays partying with The Dust Junkies. You just feel he’s gonna burst into something by his mannerism but he keeps quiet until he launches into Tearaways, a street tale about smoking weed with friends and doing what teenagers do in the backstreets of  Manchester, always on the edge, robbing cars. Takes me right back to the days of going to gigs at the International 2. The band then launch into the next track and if I close my eyes I might as well be at a Fall gig when they aired Blindness live (I speak to David and he confirms this). It’s fuckin brilliant and David’s lyrics are harrowing as he describes the life of a woman beating drunk repeating the same mantra of ‘kicking her to the kerb’ With that rumbling bass and tribal drumming it just hits you hard. He’s good. Never Drinking Again tells the funny as fuck story of that same old same old never drinking again and he ends the poem with ‘until 10am’ which gets a cracking round of applause. This Is England describes the state of our country and how the working class are still be shafted under this Tory government, and also highlights the plight of the NHS which as I know from a personal point of view is on it’s knees. It’s only a short set but he ends with the brilliant Frank which reminds me of so many people I knew growing up on Langley Estate, working cash in hand and pissing it up the wind on Coke and booze. This guy seriously comes from the street and is a spokesman for the downtrodden as he’s lived it. Think Nicky Lockett (Dust Junkies), Plan B with the soul singer samples going on, even a Manc Mike Skinner from The Streets. Awesome stuff from the heart and I can’t wait until his album is completed. He’s gonna make waves. A unique guy with a great backing band to boot.