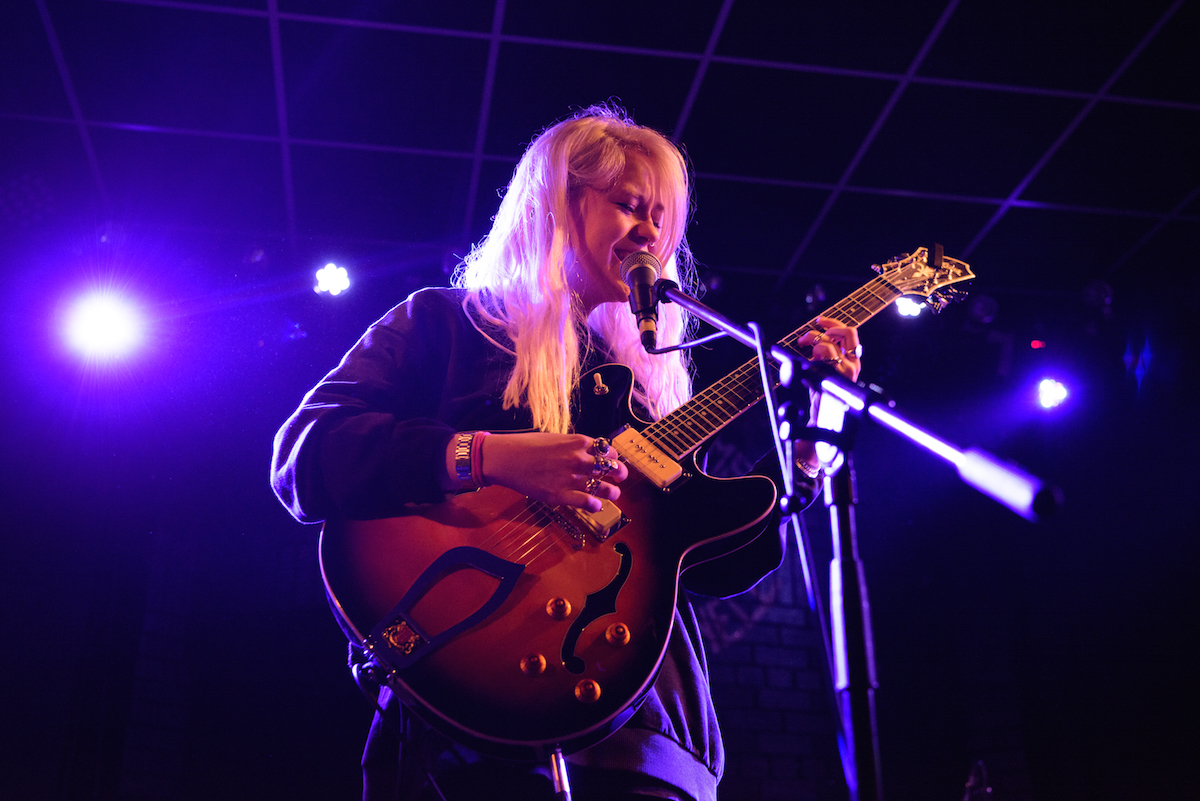 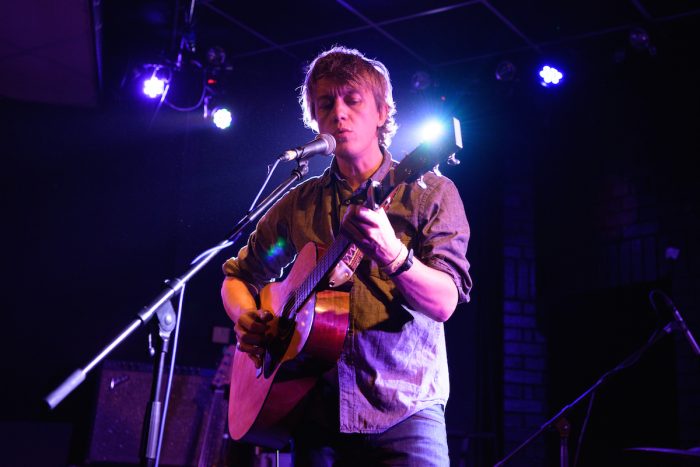 Another exceptional year as High & Lonesome showcases some of the most exciting bands around at this years event.

Back for a third year, and having been bowled over by last years’ exceptional event expectations were sky high for this year’s instalment. With an incredibly strong line up, an early arrival is a must and we arrive in time to catch Charlotte Carpenter, her sound is somewhat heavier and more cutting than many of the other artists on todays bill. However, this heavier sound allows her to stand out as her harsh lyrics cut through the furore of harsh guitars. 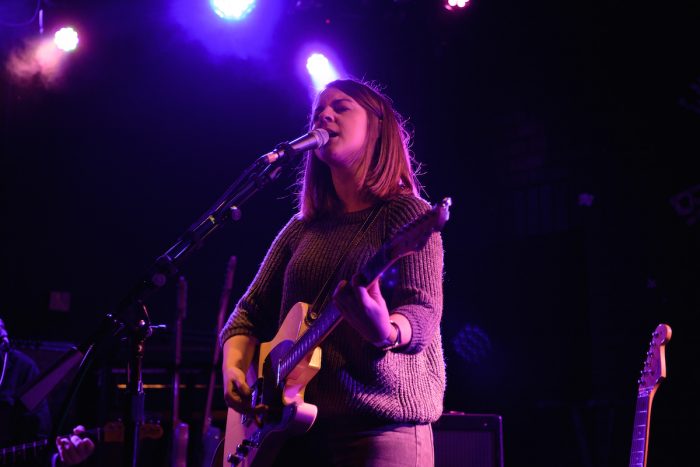 Her set is well received as many others have also turned out early in an attempt to cram in as much music as possible. With the way the festival is arranged music comes thick and fast with almost no break between artists, Sam Brookes offers up a gentler sound. He doesn’t pack as much of a punch as Charlotte Carpenter, it is a well received set, but it doesn’t inspire.

The same cannot be said for the astounding Anna B Savage, as her sublime performance fosters a hushed silence as she creates the most exciting soundscapes. With little more than her voice and her guitar its hard not to fall under her spell, so far we’re floating on air from room to room every performance is of an insanely high standard. 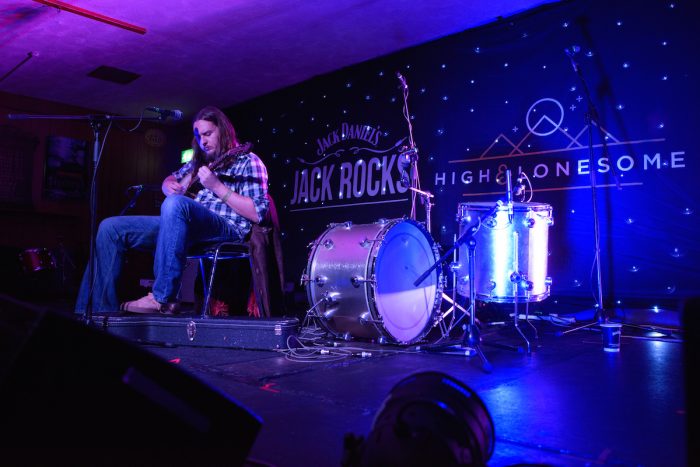 From one out of this world performance to another from the Nathan Bowles of The Black Twig Pickers as he takes to the second stage. His banjo instrumentals are not what you would expect, delicate and beautiful his short performance is truly captivating. A stunned silence befalls the room as he delivers these otherworldly tracks, this set also shows the diversity of the line up.

Fenne Lily added a sense of humour to her performance, explaining her lack of preparation in favour of coffee and cigarettes. The songs that she does have though are endearing and down to earth, there is a really likeable quality to her voice. This allows her to stand out in a particularly packed scene, this sincerity and honesty is what really shines through today. 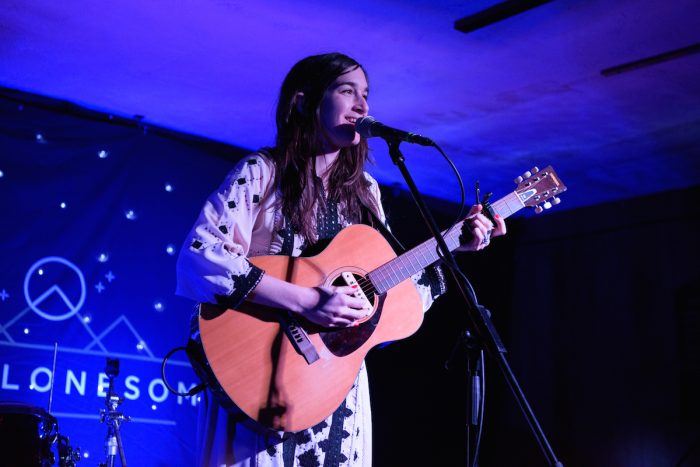 Similarly, sincere is the wonderful Jenny O, who is currently supporting Robert Ellis with her own distinct brand of Americana she is greeted by a packed room. All of whom are equally impressed by this exceptional singer songwriter, her songs are captivating and exciting. She has the room hanging off her every word as she delivers her passionate words, another truly wonderful performance.

The day continues to go from strength to strength, as Michael Chapman takes to the stage things go up another level. Arguably one of the finest guitarists ever his incredible playing is phenomenal, his tracks are so intricate and beautiful and tonight he seems to be in particularly fine form. For all these sets are only very short he crams in everything he possibly can, this is by far one of the most exciting performances of today.

He is followed by something of a curve ball in the form of Field Studies, who come out all guns blazing. Their heavier sound is a welcome refresher though, at times they verge on garage rock and it blows away any cobwebs that may have come about due to the quietness of many of the acts. They also provide the perfect warm up for one of todays highlights – Steve Gunn. 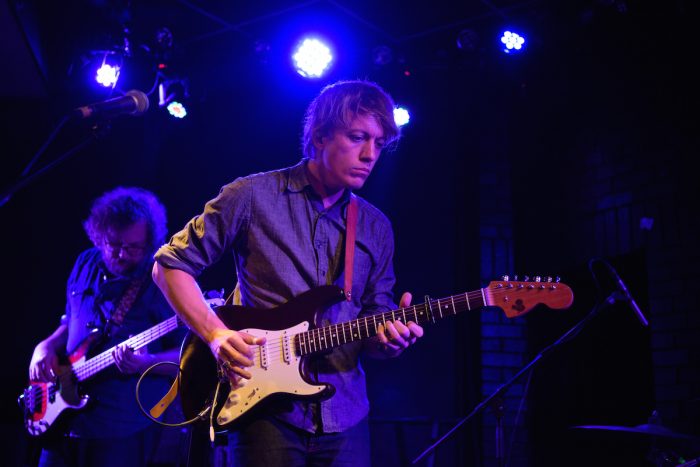 He takes to the stage and immediately seeks to bring the mood down with a beautiful acoustic track, but he is quick to welcome his band to the stage. His set is brilliantly upbeat and gets the now packed crowd on their feet as they are all engrossed in his incredibly intricate ballads. With many of the tracks coming from Gunn’s new albums Eyes On The Lines, the likes of Full Moon Tide and Ancient Jules stand out with their driving guitars and heartfelt lyrics.

It’s a truly brilliant performance from one of the most sought after producers around at the moment, we could quite easily of given up at this point as Gunn’s performance is truly out of this world. He has it all and he wears his influences firmly on his sleeve, especially after one of them was on the same stage merely an hour before him.

It is a tall order for anyone to follow Steve Gunn, however this falls to The Leisure Society. They are one of only three bands playing in the Left Bank this year, stripped back to a trio their exceptional indie pop is given a new lease of life allowing the lyrics to stand out. It’s a fun set but lacks the enthusiasm and passion of Steve Gunn on this occasion. 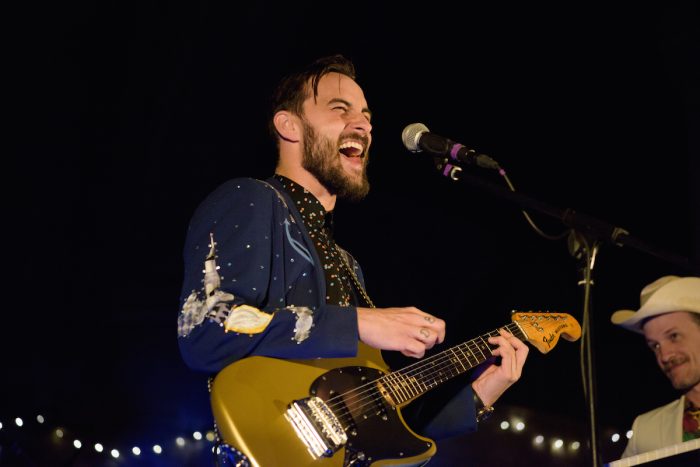 Robert Ellis on the other hand is clad in rhinestones and backed by a band who are all suited and booted whilst sporting Stetsons, they look the part and as soon as they cut loose they certainly sound the part. Rifling through a quick-fire set of country jams it’s Ellis’ sense of humour and infectious smile that light up this wonderful venue. He’s in fine form with jovial tales between each of his songs, he has the crowd in stitches throughout.

Ellis is a real entertainer but with that to one side his songs are extremely beautiful, the likes of Houston and Good Intentions are particular highlights tonight. Tonight Ellis has everything and the crowd lap it up, he proves his worth as a headlining artist his distinct brand of country is certainly a winner tonight. 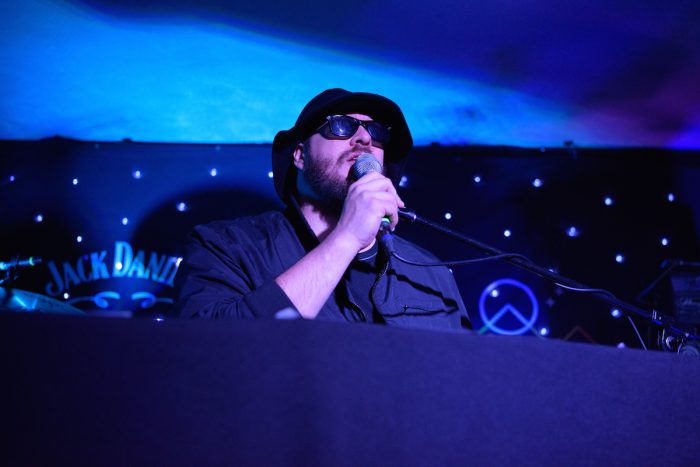 As the night grows late and almost all of the music is wrapped up, it is left to the incomparable BC Camplight to put on one final outstanding performance and that he does. His crazy manner is the perfect way to end the day as he wastes no time in getting stuck into a jaunty set, that is also filled with brilliantly quirky stories. There is no better way to end the day.

High & Lonesome has once again proved why it is one of the finest small festivals in the country, the line up boasts strength, depth and diversity. The bands and artists all bringing their A Game certainly helped as did the brilliant venues, but in all it was a truly exceptional day and we can’t wait to do it all again next year!