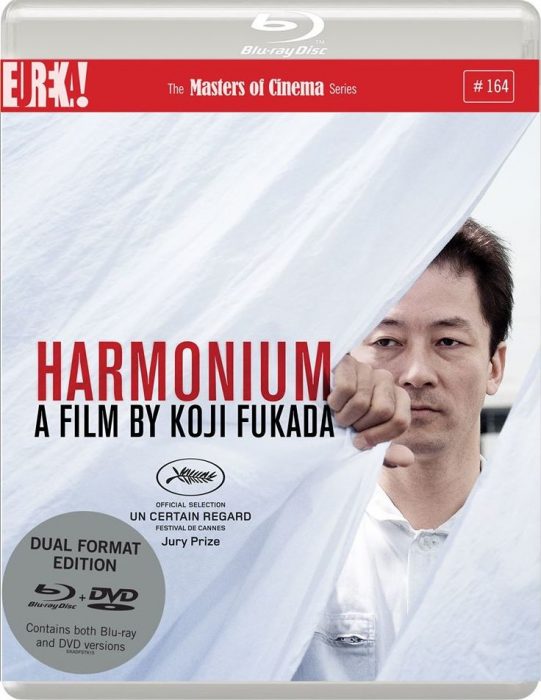 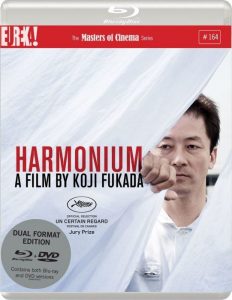 I’ve always associated the harmonium with two very different artists: Ivor Cutler and Nico. Now whenever I think of the instrument I’ll likely also be reminded of this film, albeit Harmonium is a far from a literal translation of its Japanese title, Fuchi ni Tatsu, which approximately means ‘Standing on the Edge’.

The film, though, does commence with happy-go-lucky young girl Hotaru (Momone Shinokawa) playing the harmonium. Not terribly well it would have to be said. We soon see her again as she joins her parents, Toshio (Kanji Furutachi) and Akie (Mariko Tsutsui), for breakfast where she regales them with some facts about Chei spiders. ‘They eat their mummy. And their mummy lets them without resisting.’

Life for the family might not be perfect but it appears pretty good even if Toshio shows little interest in his daughter’s spider story or in the grace-before-meals prayer that she recites along with Akie.

Yasaka (Tadanobu Asano), a former friend of Toshio shows up unannounced at the garage workshop where Toshio makes his living. They discuss Yasaka’s time in prison although why he ended up there remains a mystery until later. He asks a favour which ends in Toshio offering him work and inviting him to stay for a while at his family home, although it seems that this good deed is possibly extended through guilt rather than kindness.

Whatever his motives, the decision will have huge repercussions for the equilibrium of his family.

Initially, Yasaka makes the two females of the household visibly ill-at-ease but before long he does bond with Hotaru, helping her with her harmonium playing, and this quickly ingratiates him to Akie.

Alone with her, he’s philosophical about his crime albeit he does hide one very important detail. Writer/director Fukada consistently drip feeds us significant information throughout and continually denies the audience’s narrative expectations. 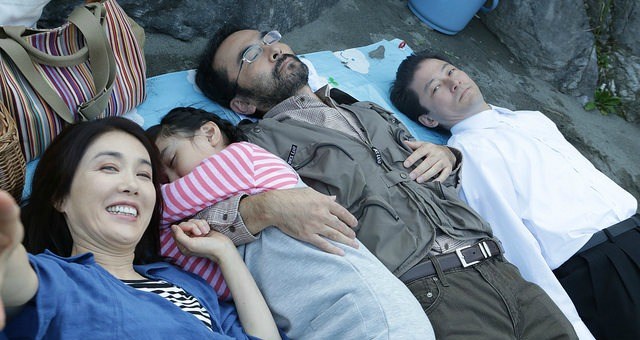 The plot here is hard to convey without giving too much away – I will mention one slight spoiler though. Around the halfway point there’s a completely unexpected twist that makes the remainder of the film a gruelling watch at times, as bleak as anything Thomas Hardy ever wrote.

A slow-burning and emotionally complex drama about secrets and lies; retribution and atonement; innocence and guilt, Harmonium boasts a number of excellent performances, especially from Mariko Tsutsui and Tadanobu Asano. It scooped the prize in the Un Certain Regard section at Cannes in 2016 and I’ll be very interested to see future films by Kôji Fukada.

Extras include optional English subtitles, a new interview with the director and a booklet featuring an appreciation of the film by Jason Wood, a director’s statement and interview.

For more information on Harmonium here. Watch the trailer for the film on You Tube.