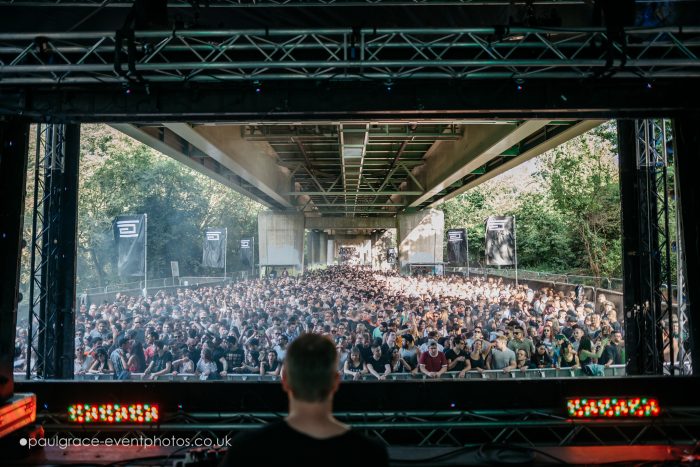 Junction 2 recently took over a leafy London park for its second festival instalment. Paul Grace reported for Louder Than War and was blown away by a post-apocalyptic techno heaven.

After hearing all the hype surrounding last year’s event I was super keen to see what the fuss was all about.

Arriving just after 3pm on a sunny June Saturday, the site was already pretty full and buzzing to bass-heavy sounds. There were five dance areas in total, each offering its own flavour of underground electronica.

Weirdly, I really wasn’t expecting the site to be so stunning – a mixture of lush green fields, woodland paths, hidden forest enclaves and with the juxtapose of the M4 motorway snaking its way high above our heads. Truly unique.

First stop was the warehouse. As its name suggests, this was an ingenious reconstruction of an old industrial warehouse and inside the enthusiastic ravers were lapping up Daniel Avery’s intelligent spaced-out techno. Despite it only being mid afternoon, it felt more like 4am inside a dark Berlin after-hours club.

Leaving the warehouse I was immediately drawn to the unmistakable sounds of Andrew Weatherall who was cooking up a storm in the Hydra tent. This was a more traditional festival stage covered in a vast canopy and where Weatherall’s trademark blend of laser beam bass-lines and fat chuggy beats was causing absolute mayhem with the clubbers completely lost in the seriously cool vibe. 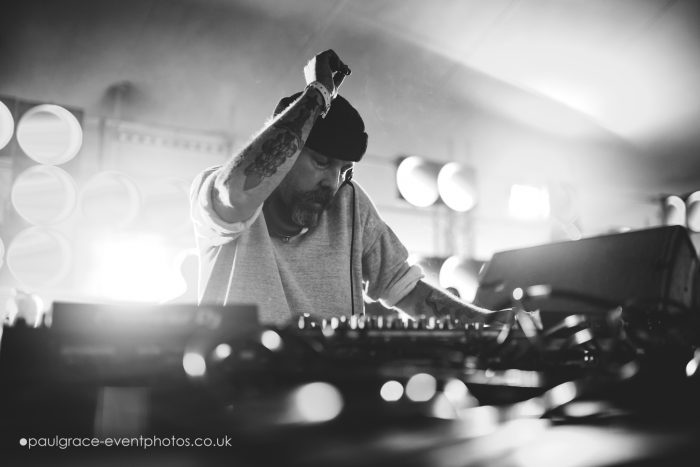 Moving on, the Into The Woods stage was appropriately set in a beautiful forest clearing. The serene location along with its gut-wrenching breakbeats was nostalgically reminiscent of the old school forest raves I used to go to before the criminal justice bill came into effect in the 90’s and put a dampener on the open air party scene.

So then, it was time for the main dance area; the Drumcode stage, where seeing really was believing. On the approach I was rewarded with the most incredible post-apocalyptic industrial vision; a dusty path crammed full of techno heads going absolutely bonkers, the M4 motorway soaring up high and all set against the soft golden glow of the setting sun. It literally felt like I’d walked into a scene in Mad Max. Berliner Ben Klock’s relentless techno was the perfect soundtrack complete with unforgiving 4/4 beats and screaming 303’s. I’d honestly never seen anything like this before and the atmosphere was seriously on whole different level.

After a very intense hour I went for another wander to check out Maceo Plex on the Sonus stage. Plex was on his usual fine form layering a fab mix of up-front tunes with a couple of classics thrown in for good measure. 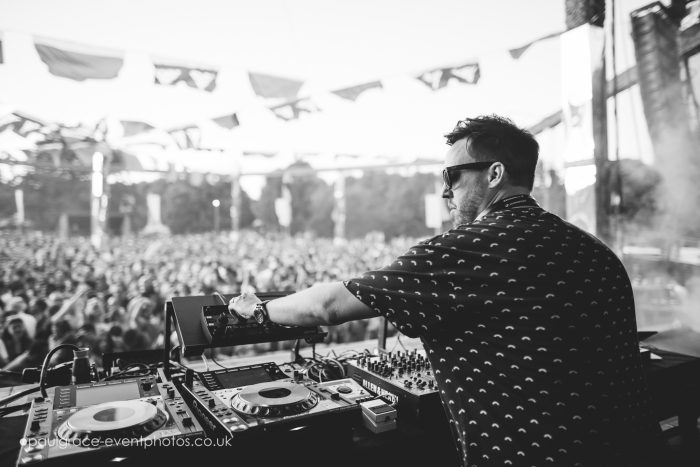 Drumcode boss Adam Beyer was headlining back on the main stage as the festival reached its heady peak. Dark driving techno, screaming ravers, and a kick-ass light-show all bringing the day to a spine-tingling close.

Junction 2 was easily the best festival I’ve been to over the past couple of years. A truly unique location, fantastic sound and it was wonderfully reassuring to see the organisers had gone the extra mile to ensure everything worked flawlessly, even down to the tiniest of details. It’s set to return for 2018 and if techno or house are your thing you simply cannot miss it.