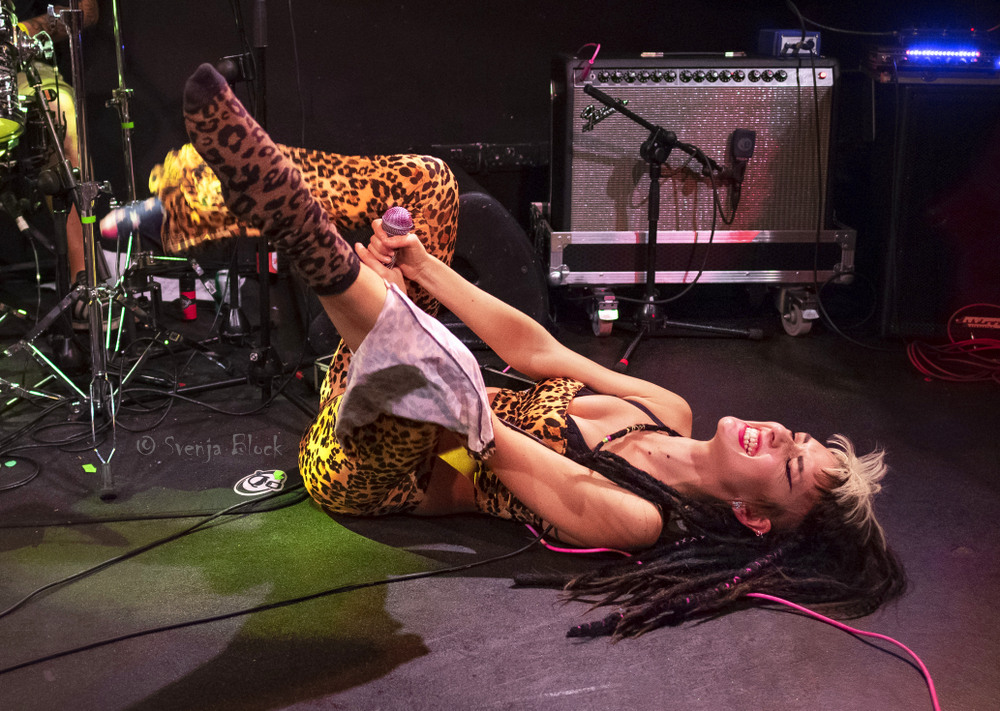 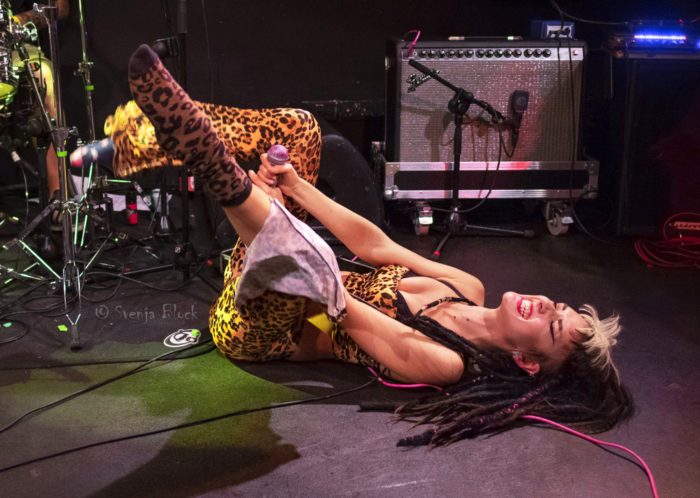 Whenever you’re about to go to a Hands Off Gretel gig, you already know it’s going to be good night. The four-piece grunge outfit, creatively led by lead singer Lauren Tate, are infamous for their five-star live performances.

This year the band have gone from strength to strength, recording their new album, hiring bassist Becky Baldwin and releasing a kick ass video for their latest single ‘Kiss Me Girl’. Tonight, they headline TRASH in Bradford as part of their UK tour. Louder Than War’s Sophie Sparham reviews.

Manaking is first to take to the stage, wearing a variety of masks, makeup and a towering jester hat, he captures the attention of the early punters.  With a stomping beat and an avant-garde sound, the Brazilian/ Bradford artist is a one-man Rage Against the Machine, mixing pre-recorded noise with experimental vocals to create something new.

Voodoo Blood are next to stage and steal the prize for best support act of the evening. Playing dirty rock n roll, blues with an infusion of metal, the band blow away their audience with their high energy performance.

Lead singer, Kim Jennett, doesn’t just own the stage, she owns the entire building as she runs out into the crowd and dances on the bar’s tables. Meanwhile, guitarist Sean Owens and bassist Chris Noris never miss a note, playing alongside each other ease.

Both new and loyal fans alike line the barrier as Hands Off Gretel take to the stage. The South Yorkshire four-piece are the breath of fresh air to music industry. They have never tried to follow trends, never sold out to commercial pressure. Instead, they’ve built their reputation on raw talent and hard work, mixing energy, passion and style to create new stage in the grunge and alternative timeline. 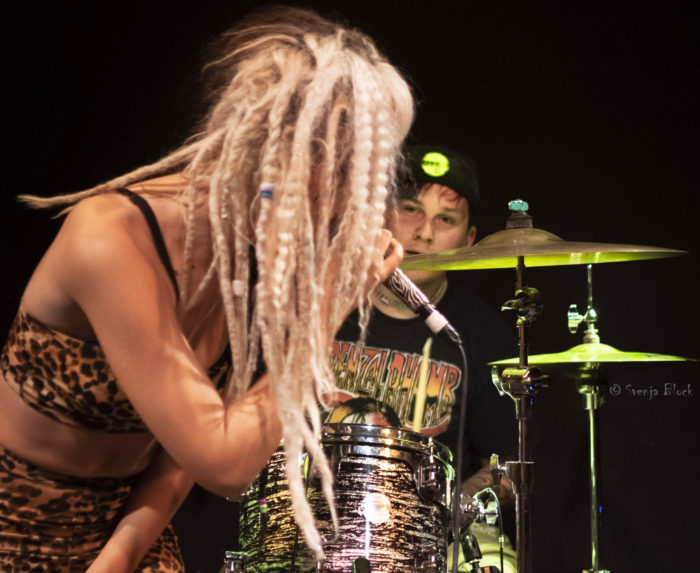 Lead singer Lauren Tate has one of the most distinct voices around and she uses it to its full capability. Her stage presence is breath taking. She is both confident and shy, vulnerable and powerful, writing songs about everyday abuses, whilst acting as an empowering female role model for today’s youth.

Whether she’s singing in front of hundreds of people or just a few, there’s something extremely intimate about her performance, it’s as though she’s only singing to you.

The band play a mix of songs from their last album ‘Burn the Beauty Queen’ such as ‘One Eyed Girl’, ‘Awfully Miserable’ and the anthem ‘Bad Egg’ as well as mixing it up with some new tracks from their soon to be released new album. The ballad styled ‘It’s My Fault’ pulls at the heart strings whilst ‘Kiss Me Girl’ heightens the energy in the room.

The band’s latest member, Becky Baldwin, goes down a storm. Already an accomplished and damn talented musician in her own right, she completes Hands Off Gretel’s line up perfectly, bringing her own flare to the bass lines. 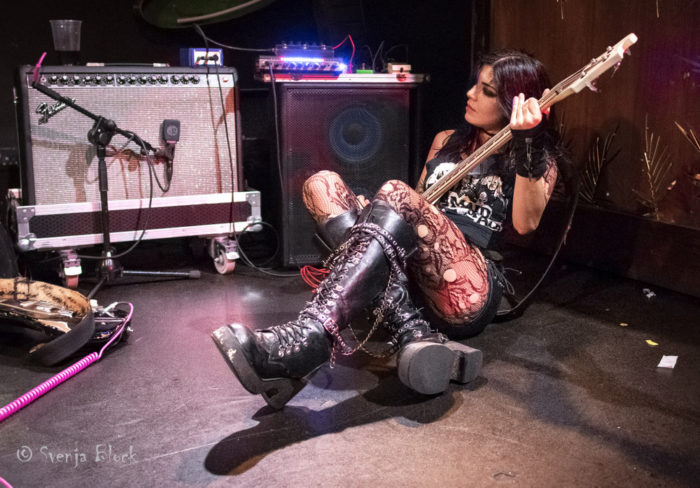 Lauren introduces the band’s cover of ‘I Wanna Be Your Dog’ as sexier than Iggy’s version. I have to admit, she has a point. The crowd cheer, singing along as the band do their own take on the classic. After the room chant for more, Hands Off Gretel finish on ‘My Size’, leaving the audience hungry.

Check out Hands Off Gretel’s latest sing ‘Kiss Me Girl’ now and keep your eyes peeled for the album. 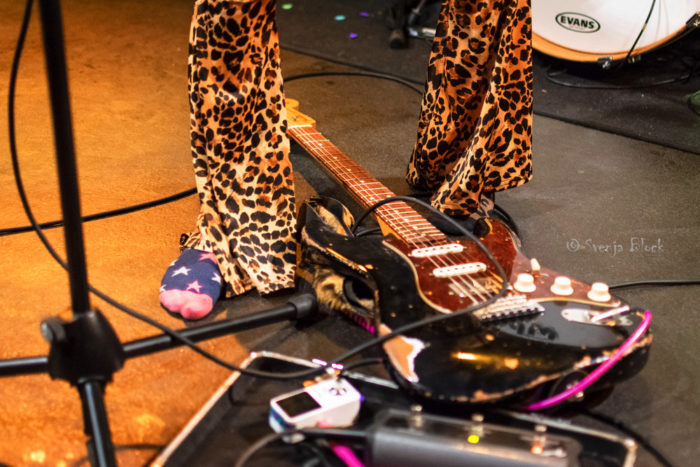 Burn The Beauty Queen on  I-Tunes

All words by Sophie Sparham. More writing by Sophie can be found at their author’s archive. Sophie is also on Twitter as @SophieSparham and has a website : www.sophiesparham.co.uk .