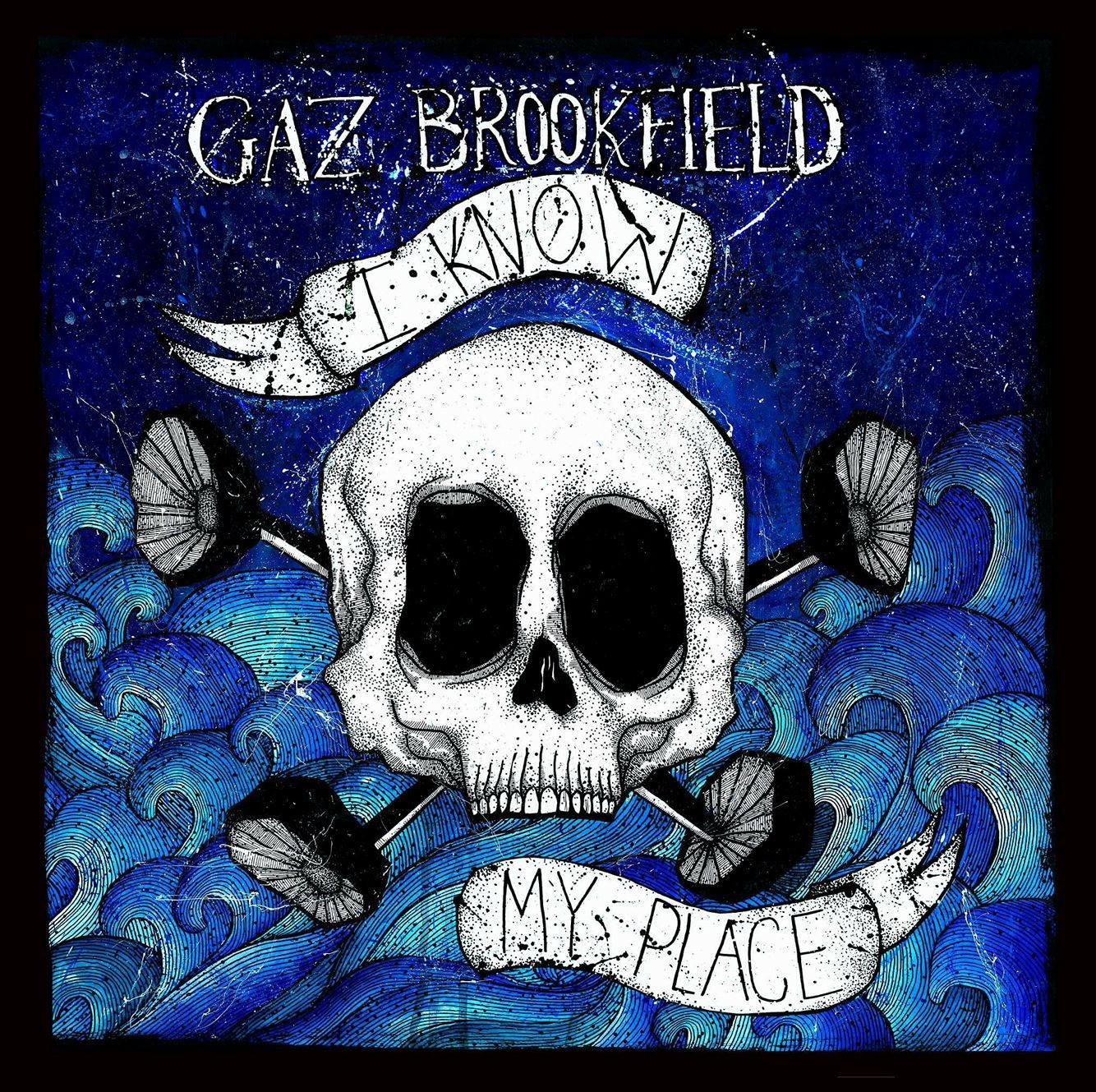 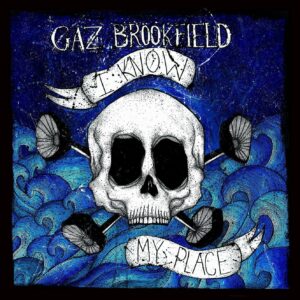 I Know My Place [self release]

For Gaz Brookfields fans up and down the country an new album from the Bristol based troubadour is always a big event.  2016 sees the release of I Know My Place Brookfields most accomplished album to date.

When Gaz Brookfield released his last studio album, True And Fast, many longtime fans, myself included, wondered if he had reached his peak.  The album was so strong that it was hard to imagine that it could be topped, but top it he has.  Perhaps Brookfield himself realised that to keep moving forward he would need to expand his sound and hit us with something unexpected.  The reality is that I Know My Place is at once familiar and totally different from Brookfields previous work.  Fans needn’t fear however.

The clever lyrics, the personal , often humorous, stories, the sense of living in the moment and the sheer joy of entertaining people is still there.  Having chatted to Gaz on a number of occasions over the summer I knew he was excited for this release though at the time I had no idea that he planned to abandon his home studio and to put together a full band for this release.

A full band album with full studio production is a new direction for the fiercely independent Gaz Brookfield. With I Know My Place Brookfield ensures that place is right at the peak of his profession. This album is by a distance my favourite release of the year.  It is quite a departure for a man who normally plays all the instruments (except fiddle) on his albums.  This time around Brookfield gathered some of the finest musicians around to work with him. 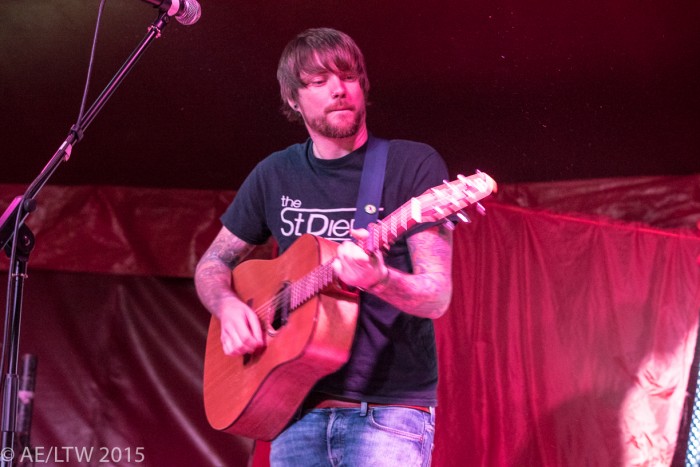 On first listen you realise that the sound, engineering and mixing are of the highest quality.  The album is beautifully produced and Gaz is quick to praise the contributions of everyone involved in the project.

“[The album was] recorded in July 2016 at Ladder Factory Studios in Shrivenham, Oxfordshire, it took eight days in total. Samuel Bates engineered, produced and mixed it. He worked incredibly hard on this record, and is integral to sound of the end product. He’s great to work with and got the best performance out of us scruffy musicians. He also went above and beyond with the mixing, devoting so much of his time to it, in order to get the best result.”

” It was mastered at Valvetastic Studios in Exeter by Jolyon Holroyd. Mastering is a dark art, which is understood only by wizards, and I didn’t think that the mix could sound any better than when it came out of the recording studio. Jolyon, somehow managed to do just that. He also took the photo on the inside of this album. He really is rather great!”

“The Famous Artist Birdy Rose painted the cover art, and I think you’ll agree that it’s beautiful. Thank you all so much for all your hard work.”

Of course you can have the best musicians in the world play on your album, but if the songs are not up to the mark then the piece will rarely rise above mediocre.  With I Know My Place there is no fear of mediocrity.  The Tale of Gunner Haines, It’s All So Rock and Roll and I’ve Paid My Money are among the best songs Brookfield has written and they give a really great insight into where he draws his inspiration from. 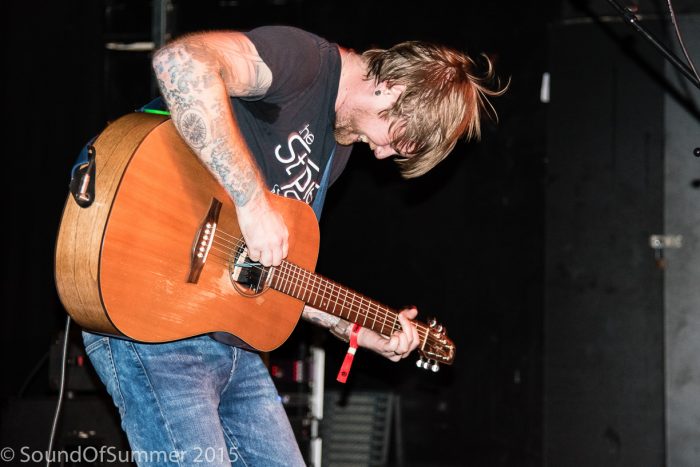 “Gunner Haines” draws inspiration from the tragedy at Brean Down Fort when Haines is alleged to have ignited three tons of gunpowder after firing a gun down a ventilation shaft.  The official enquiry found that haines had committed suicide, an oft reputed assumption.  Brookfield tells the story to the throb of “pumping eights” guitar.

“It’s All So Rock and Roll” is a tale of modern life, we see Brookfield deal with the daily grind of modern life, eating leftovers, injecting insulin and meeting the wife for lunch after dealing with email and social media.  Gaz revels in the routine and the monotony of it all.

“In I’ve paid My Money” Brookfield reflects on those miscreants who ruin gigs for others whether by talking through the gig or by viewing life through the screen of their smartphone.  “I’m not here for the music, I’m just here to get pissed,” we have all seen them, that one guy who thinks the world revolves around him and that the artist is “a human fucking jukebox.”  The plea is plain, everyone else has paid their money too and they might want to listen to the music.  Gaz gives us a timely reminder that rule No1 at gigs is “have fun, but don’t be a dick.”

Brookfield has a rare talent.  He writes songs that we can all relate to, his tales of broken down cars, of walking the dog and of making it up as he goes along is his story, but it is ours as well.  His ability to relate is what has won him so many friends, fans and admirers up and down the country.

I know my place suggests a man who knows his place and is content with his lot.  Everyone will see aspects of their own lives in this release.  I invite you to immerse yourself in this quite superb album.  I for one can’t wait for the album launch party at the Fleece in Bristol next month.  Once again Brookfield has sold out the venue months in advance, not bad for an independent artist who loves to do things his own way.