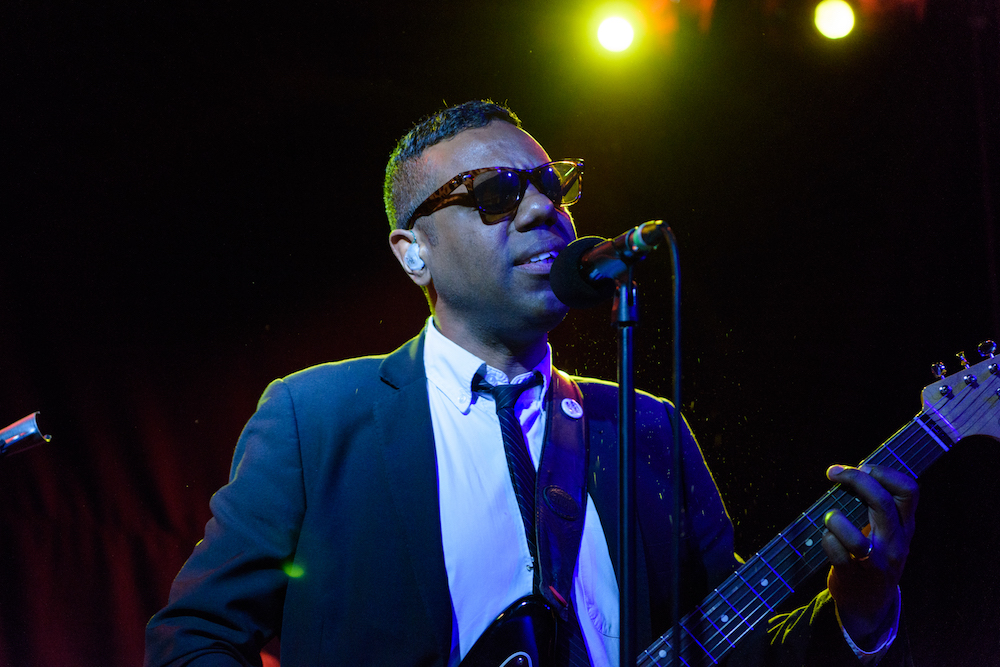 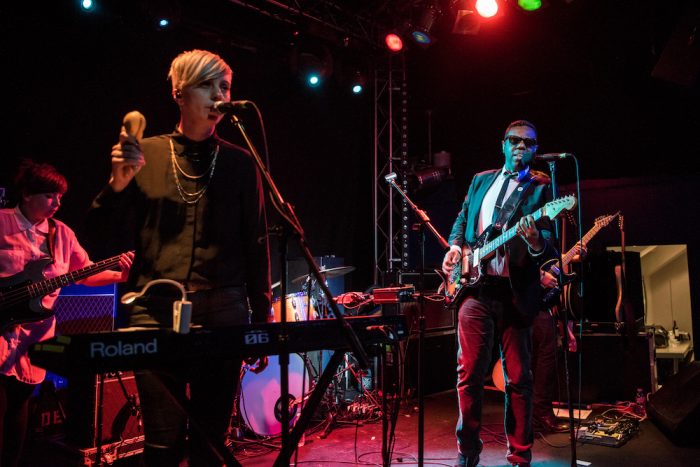 A welcome return to the UK for The Dears but unfortunately tonight lacked any real fire, as they appeared to go through the motions.

Having released the sequel to Times Infinity earlier this year, The Dears appears to be firing on all cylinders as they arrive in Newcastle. Having garnered acclaim for both records in the series, there is a rightful excitement in the room already. However, first into the frame is Annie Hart of Au Revoir Simone, whose individual brand of disco is met with similar anticipation.

Her bass driven tracks though all too often drown out her gentile lyrics, there’s a power and an intensity to the underlying track that ultimately drowns out the rest of the music. There is a rare abating of it but the thick bass is never far away. It ruins so many of these otherwise beautiful tracks, tonight it feels that Annie Hart fails to connect with the crowd. The same fortunately cannot be said for The Dears as they take the stage.

They open with Taking It To The Grave and its immediately clear that the Murray Lighturn’s lyrics are going to be given every opportunity to shine throughout this set. As he croons through the opening part of the set, every track so passionately delivered. There were obvious crowd favourites in 22: The Death Of All The Romance and 5 Chords from a crowd perspective though the show lacked a huge atmosphere.

The Dears carry on regardless, in spite of their exceptional tracks their set felt quite flat. Almost like a band going through the motions by the end of it, the crowd did nothing to enthuse the band either. The latter part of their set saw them saw them elevate the pace with the likes of Disclamier and Hate Then Love but it all felt too little too late. It truly was a shame though as they’re otherwise an incredible band.

Sometimes though it’s not meant to be and on this occasion The Dears connected with the crowd early on but the latter part of the set really failed to enthuse them. On another day in another place this would almost have definitely been completely different, let’s hope we get to do this again sometime under different circumstances.