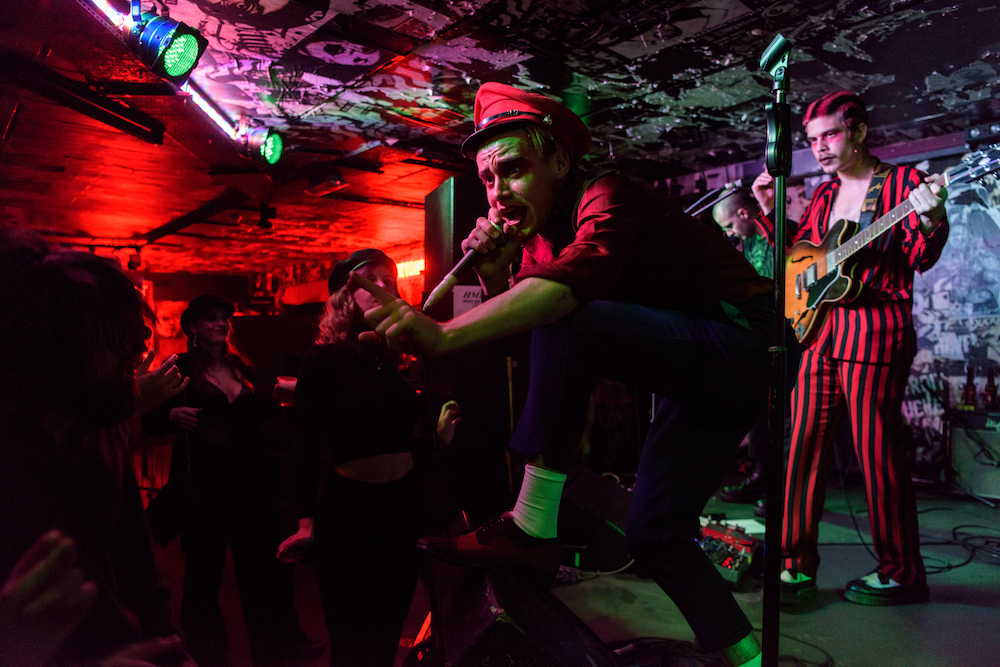 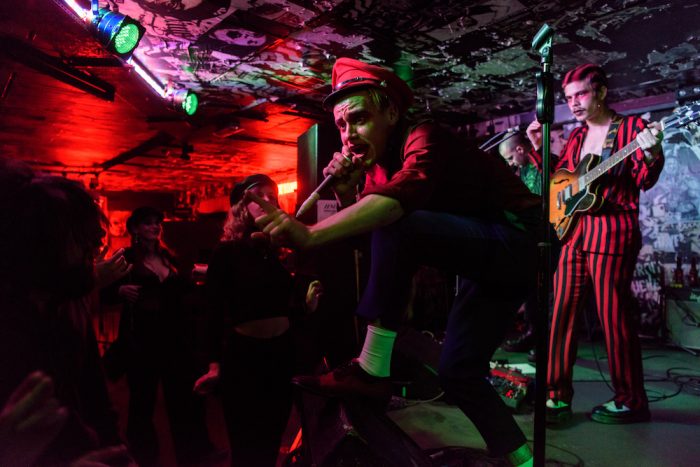 An incredible set from HMLTD, they prove why they’re tipped for the big time as they take the roof off Think Tank tonight!

HMLTD have garnered quite the reputation for being one of the most incendiary live bands around at the moment, the collective have been making their way around the festival and live circuit in the UK and beyond delighting audiences for a little while. Tonight sees them make a long awaited appearance in Newcastle alongside 4ADs Pixx who opens the show. Much like tonight’s headliners Pixx is also causing quite the stir with her latest tracks.

She seems to have a similar stage presence to that of HMLTD as she stalks the stage, passionately delivering her lyrics the crowd lap up her excitement as they pogo along to every track. Pixx possesses a real swagger her electro infused tracks have a real individuality to them. Where most bands in this genre lack any diversity, there’s a freshness to Pixx’s set. She circumvents the mediocrity that most other bands fall into, this definitely isn’t the last we’re going to hear from Pixx.

In terms of enthusiasm, urgency and passion HMLTD have it from the off, as the band take to the stage they’re closely followed by front man Henry who makes his grand entrance sending this crowd wild. Opening with What You Wanted? it’s a riotous start as the venue turns into one perpetual pit for the majority of the bands set, it really is quite the spectacle. Every track sees the band tackling a different style, no two songs foster the same sound tonight.

From To The Door to Satan Luella and I it’s a mixed bag, there are flashes of brilliance and some not so. Yet overall the bands electrifying performance is what is tattooed in our memory, they’re frenetic, captivating and truly impressive. They flick from trying to mimic sinister Nick Cave tracks to almost perfectly embodying Gogol Bordello in an instant. It’s wild and it’s complete madness but at the same time there is a depth to the majority of their tracks.

For a band still yet to release their debut album it’s an exceptionally impressive set, their complete disregard for genre is to be admired. They may find their sound over time but for now their unbridled enthusiasm will do just fine. They cap tonight’s set off with their first ever encore of Where’s Joanna and it was a well deserved encore as the band played their hearts out and we’re sure we will be seeing a lot more of this band in the not so distant future.