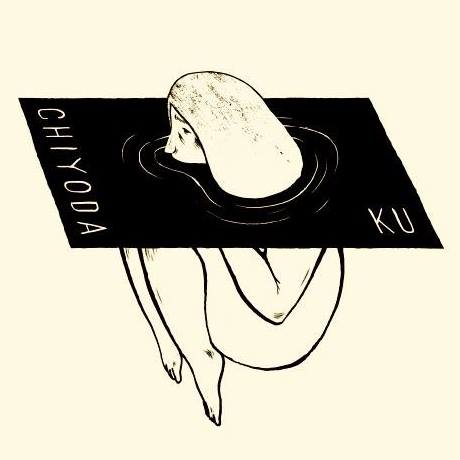 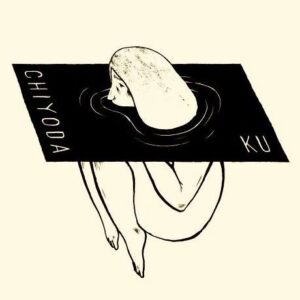 Despite recent set-backs Bristol three-piece Chiyoda Ku are about to release their new album and head out on European tour. Peter Darrington reviews.

I know a lot of bands who, in these modern times of DIY, work damn hard not just on their music but also on the stuff that, let’s face it, no one in a band actually wants to do, but they have to, because someone, both rightly and wrongly, decided to take the twentieth century music industry out to the paddock and put it out of it’s misery.

Making your way in music today is a zillion times harder than it’s ever been and as a result young bands have to grow up fast, become switched on and motivated – not just musically, but in a business sense too. And lots have done exactly that, but then there’s Bristol based three piece Chiyoda-Ku, who are frankly in a league of their own, in both their art and their drive. I say Bristol based, they were, but not any more, they live in a camper van. I’ll come to that. Actually, as I’m typing this I’m painfully aware that through a cruel twist of very recent fate, they don’t any more, but hopefully they will do again. I’ll come to that, after I’ve come to the other part first.

I apologise – already this review is jumping all over the place time-wise and narrative wise – probably because I’m listening to their debut LP as I type, which also does exactly that – but unlike my review, their record is far from an incoherent patchwork of ideas – yes it is a patchwork, but it’s like one of those patchworks where, close up, it just looks like a mad random collection of different coloured material squares, but take a step back and it’s a breathtaking collage of a glorious landscape – but let’s deal with the band first.

They’re young – annoyingly young, because, frankly, at their age I was still working out which way up the guitar went – while these guys are are barely in their twenties but somehow managing to create the most imaginatively mature music I’ve had the pleasure of listening to in years.

They work damn hard and are totally committed to their music. I mean, like, really committed – they gave up paying rent to the man, bought a camper van and took to the road – no looking back, they are totally doing this, come hell or high water. They’ve funded this record entirely through gigging hard, selling up and crowdfunding. When it comes to making a living out of music, no one deserves it more.

Which brings me on to their van – their home – and the kit they sold all their possessions to invest in as the tools of their trade. Some scumbag bastards robbed them. Of everything. Yep – they took their van and everything in it. So before I even tell you how good the record is – if you are in any way a fan of music, and this type of music in particular – buy this god damn record, because we need bands like Chiyoda-Ku – they are setting the precedent for the future of alternative music, both creatively and pragmatically. They simply have to carry on because they are the archetype of what all young bands of any genre should aspire to – working damn hard (and then some) and being the best in their field. End of sermon.

Oh yeah – the record. To call it mathrock is unfair, but it’s a starting point. It’s the instrumental equivalent of one of those fractal animations we all got tripped out over in the 1990s. Well, I did, because I’m old. It twists and turns, forms regular and then irregular patterns – then suddenly, when you think you’re lost in the swirl of it all, you encounter a form you recognise, latch onto it and the whole crazy journey begins all over again. Sewn carefully into the standard mathrock tapestry of clean arpeggio’d guitars looping in awkward time signatures are dark hooky riffs, driving drums, moving piano passages, ambient sound samples – even the kitchen sink is in there. Well, what sounds like running water, at least – possibly rain – or even static that gives the impression of running water. It’s hard to tell, but it’s so smartly executed and to be honest, I don’t care, because by the time I think I’ve figured it out, it’s gone, replaced with something else as sonically intriguing and deployed in an equally imaginative way.

It’s just brilliant. Really brilliant and probably the only record I will give 10 out of 10 to this year. It’s also accessible – if you’ve tried to listen to instrumental music of this kind (the kind that deserves their two-years-in-a-row place on the Arc Tangent festival bill) and found it hard work, challenging – downright annoying even, forget that and please try again with these guys, they’re so worth the effort. Buy the record, get the t-shirt and go see them live – they need a new van so they can carry on their awesome musical freedom fighting in an increasingly dystopian looking 21st Century.

See the band on tour in October: