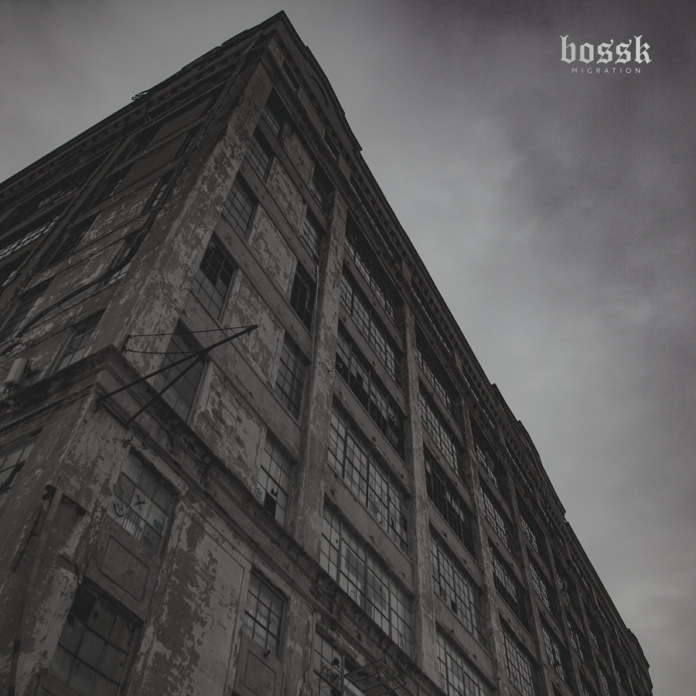 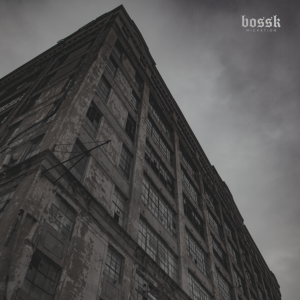 Bossk create an imposing maelstrom of immersive metal, laced with melody and electronics, on their stunning second album for Deathwish records.

Bossk are a band that can effortlessly meld the melody and atmospherics of post-metal, with a very heavy doom/sludge metal underpinning, to create a powerhouse sound that also coveys beauty and emotion. On their new album Migration, added into the mix are some intriguing electronics and sampling, helping to make this an excellent and creative high of a second album for the Deathwish label.

The opening track White Stork, builds layer on layer of ambient sound, creating an absorbing soundscape in the vein of Brian Eno and Tangerine Dream. The introduction of a funk type rhythm, laced with some scything guitar and keyboards work, underlines the creative musical risk taking, that Bossk are not afraid to embrace on this album

Menhir, the first single from the album, features vocals and lyrics from Cult of Luna’s Johannes Persson. It’s a monster of a track, with a thunderous, echoing, meshing of guitars, interlocking with crashing symbols and deep beats. It brings together, in a very heady way, both doom metal and electronica, with Johannes’s powerful growled vocals relentlessly driving the song. A poignant melodic section lets the guitars take the music to a gentler place, before unleashing again a wall of intoxicating sound. Watch the music video for Menhir here:

HTV-3, features the vocals and lyrics of Josh McKeown, from Palm Reader. The lyrics seem to reflect, quite impactfully and sympathetically, the feelings of time standing still and silence, while retaining hope, that feel to have been aspects of the experience of living through the pandemic. Josh’s clean vocals float above the mix giving a real prog feel to the music, before transforming into black metal like screamed vocals. Musically, this is a real powerhouse of a take, on the signature Bossk sound, with rolling melodic riffs overlaid with a post-metal almost pastoral sound.

Kibo is a beautiful musical meditation over a repeated guitar chord sequence, punctuated with a mix of bubbling electronic sounds, leading into the distorted guitars and thunderous reverberating drums, of one of the longer tracks, Lira. The recording of the drum kit here, particularly in the solo section, is astonishingly good, as if you were in the studio itself, right up close to the kit. The central riff is very heavy indeed, and will shake the foundations of the venues the band will be playing on their December UK tour.

The lengthy introduction section to the closing Unberth is permeated with nightmarish spoken word samples and a shimmering guitar drone. The drum programming and cascading guitar motifs take the piece quite wonderfully into Cocteau Twins territory, where ambient shoegaze sounds wrap around the rhapsodic guitars, to create the most involving and spellbinding of soundscapes. This is an album that will encourage repeated listening, as new layers of sound and musical creativity reveal themselves. Quite simply, a metal classic.

Bossk will be touring the UK in December, with support from the excellent Dvne. Presenting a great opportunity to hear some of this fantastic new album, pushed to its absolute musical limits, as Bossk are a band who take no prisoners live