Home Blogs Boris Johnson moves in next door to Ross Standaloft from Too Many... 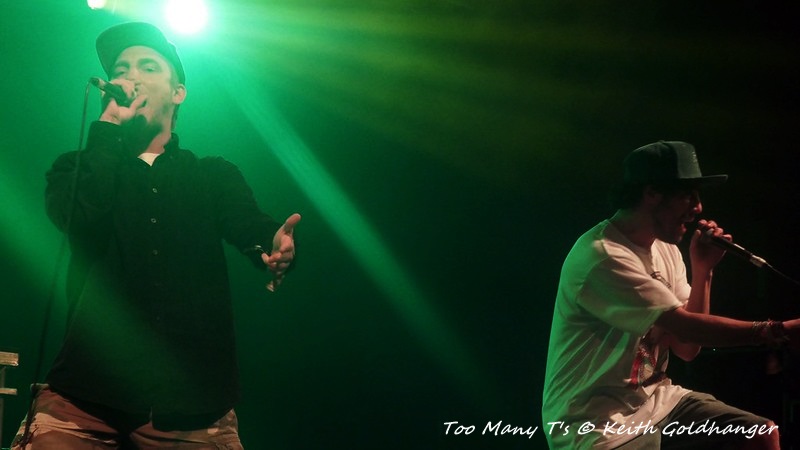 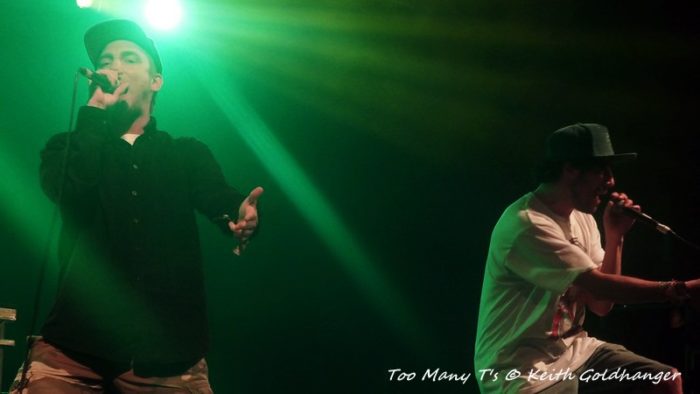 Life has been imitating art again – Ross Standaloft and Leon Rhymes AKA Too Many T’s wrote a song a couple of years ago about some new neighbours. This week they realised that their new neighbour really was about to attract a bit of attention.

Imagine you’ve been travelling round the world this year with your best mate and performing gigs along the way, being slightly detached from broken Britain for a few weeks, not having to endure all the crap those of us at home have had to put up with like Brexit, Question Time and that Bros documentary. Imagine getting home after all that sun, all those late nights trying to sell people copies of your album and all those memories you have whether it’s the shows performed wherever you happened to be, the long journeys or managing to jam a transit van in between the floor and ceiling of a multi story car park. Imagine getting home, putting the kettle on and putting your feet up and before you could puff your cheeks out seeing the hand of your new next door neighbour wave at you over the fence. Probably attempting to cut the hedge in the back garden dressed only in a pair of soiled underpants whilst not realising that one has to press those two buttons at the same time on that machine in order to get it to work. Imagine the wave followed by the head of the individual slowly appearing over the garden fence. And imagine if that head happened to be that of the bloke with the shit hair who’s basically one of the most disliked individuals in the UK at the moment who might soon be ……. let’s not even go there for a moment eh?
It wasn’t like this of course but just like the dailies that are sitting out on his doorstep we needed to make this a little more interesting than it is. He has moved in next door (‘asked him for some sugar but was told I’m too poor’) to Ross from Too Many T’s though therefore before heading off to Glastonbury the band did what anyone else would do……write a new tune about it.

Ross Standalof, a man with a surname that is too clever to be a made up name to swerve the dole decided to pop onto his own doorstep this week to serenade the paparazzi that were camped outside. What else could he have done ? This is the flat where along with some mates and his partner in the world of musical entertainment named Leon Rhymes (which is a made up name because I’m sure when I met his dad I was told to call him Mr Smith) made this video in one take on their mobile phone whilst broadcasting it live at the time on Facebook.

Boris Johnson has moved next door to Ross from Too Many T’s then. Ross decides to go a gig in front of the waiting journalists and photographers who have now camped out on his doorstep waiting for a story.

‘Boris, Boris he lives next door, his bike is outside but his money’s offshore’
…. The rest of it you can listen to here …..

Then of course the daily newspaper who’s name I’m not going to mention uploads the footage and manage to get the gammons out in the comments section asking questions such as ‘who the fuck is this guy?’ and accusing him of being responsible for dialling the three nines a night or two later ‘to get some publicity’. That’s how some people approach life in 2019. See something that’s of no interest to them but feel they have to voice disapproval of yet another thing the same people probably spend all day looking for on the internet because they’d rather do that as an alternative to try and find something that might be nice for them to do instead of sitting on their ‘phones getting angry at anything they know nothing about.

Hours after Ross’ gig on the shared doorstep the police were called due to reports of a domestic disturbance going on between the four walls of the high profile blokes apartment who had only recently moved in. Ross was probably at Download or one of those other ‘leftie festivals’ at the time though and the reaction from the press is then to start using expressions such as anti-Brexit neighbours (they know which way everyone voted in that referendum without even asking) from hell and forgetting why the police were called in the first place.

Do these people not recognise high quality entertainment when it arrives on their own doorstep (or to be more accurate the doorstep belonging to the inhabitants of the building) ? Standaloft told the waiting press

“There’s lots of different people from different walks that live on our street. There are some council operated flats, some home-owners and some rented. It’s important that we don’t dislike people because they are different from us. Politics is not black and white or as polarised as it seems, there is lots of grey area. We need to find that grey area so we can all move forward together, towards our common goals”

The press didn’t bother printing that bit of course they just wanted to moan about the people that had rang the police.

Anyway, forget about those people and the nasty side of this country for a moment. We’ll show you the finished product here.

Ladies and Gentlemen, Louder Than War presents Too Many T’s new tune, written about Ross’ new neighbour who may soon be moving out if he gets the job he’s been after or possibly remain in if he doesn’t.

They’ve also got a song about stubbing their toe on a fridge door whilst trying to get a jar of plum jam out to eat but the way that song was written isn’t nearly half as interesting as how this one came about.

Words & picture by Keith Goldhanger. More writing by Keith on Louder Than War can be found at his author’s archive. You can also find Keith on Facebook and Twitter (@HIDEOUSWHEELINV).