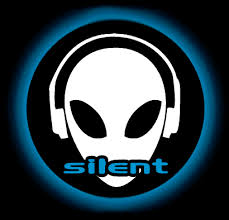 News reaches Louder than War that the brilliant and influential ambient label, Silent Records will soon be back up and running after 18 years; again under the aegis of founder, Kim Cascone. For those who don’t know,  Silent was a label that dealt with all manners and forms of the (then) developing genre. Cascone played a vital role in encouraging many ambient acts, and was instrumental in getting post-industrial, collage, and ambient music into a wider public consciousness.

Cascone recently spoke of his new plans: “My aim is to resurrect the core stable of Silent artists because those artists were responsible for the magic that Silent transmitted.” […] “ I can’t talk about specific artists or releases yet but I think Silent fans will be very happy.”

Louder than War wonders whether this means new releases by The Haters? Or PGR? Fans can only wait in anticipation.

Weirdly enough Cascone curates the second Drone Cinema Festival 2016  in the beautiful Dutch town of Leiden on Saturday 9th April. Readers based in the Netherlands may want to check out the details!