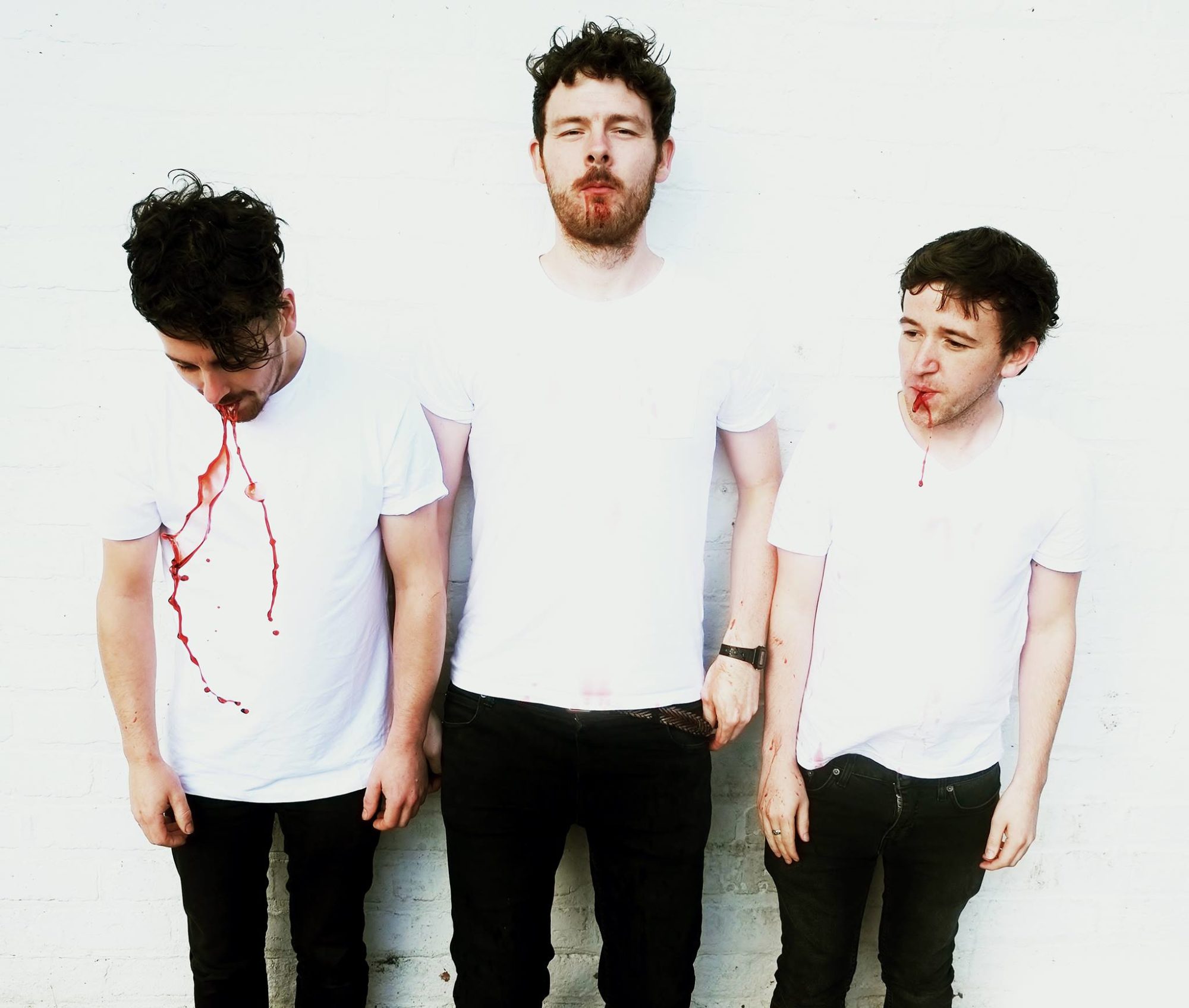 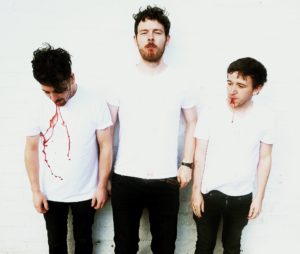 Welsh noise-rockers Blood Lips are something special indeed. Not content for settling in the harsh soundscapes of noise-rock that new artists are finding increasingly comfortable, the trio have taken a progressive approach that provides melodious — and often haunting — moments in the madness. Louder Than War’s Tom Roden spoke to the band’s drummer, Tom Williams, about their latest single and upcoming plans.

It’s not often you discover a band that forces you to stop and listen due to the sheer intensity of their sound. This is particularly true when the song can be most accurately described as fitting into the noise-rock category — a genre so brutal and fierce that demanding attention becomes even more of a challenge.

That is, however, unless you’re Blood Lips. The band’s ability to stand out among their peers is due to their use of instrumentation and melody seldom explored or implemented in the genre. This is exemplified by their latest single, ‘Burn after Breeding’, which combined haunting synthesiser lines with blistering maelstroms of powerful instruments. It’s an odd combination, but it worked gloriously. Though there was never any guarantees of that. 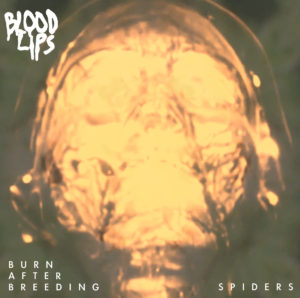 “It’s always a challenge to develop songs like this properly, because they’re like two halves of two different coins,” explained Williams. “There is always the chance that it could go horribly, horribly wrong. But sometimes it goes horribly right, which is what we’re trying for.

“The song started with the creepy synth at the beginning. We might even have had both parts separately. We just somehow found a way to get it tied together. Ad [Vocals/Guitar] brought it in and actually seemed to have it all figured out, that in his mind the two would mesh together into one song.

“That’s usually how we go about developing songs, with rough ideas that we can then all throw input in on to create something bigger and better. Burn after Breeding especially is a weird one, but it worked out!”

This slow progression of sound development is completely understandable. Listening to even two minutes of ‘Burn after Breeding’ makes it obvious that a lot of hardship and craft went into making this work. Yet this isn’t a fluke: Blood Lips pride themselves on making noise-rock that challenges the definition of what the genre can include and, in the process, what their own songs can be defined as. It’s partially the reason for the band coming together in the first place.

“We’ve all been in different bands in the past, but with Blood Lips we wanted to do things a little bit differently to what we’ve played before. It was definitely a long process of refining this sound — we started off being pretty groove-based but we’ve just got noisier as we’ve gone on.

“Our sound is based around us getting the two sides, the noise and the grooves and melody, to meet in the middle somewhere. It’s pretty much a constant need to strike the right balance, which can be quite difficult. But the two songs we’ve just put out hit that balance quite nicely I think.

“It’s this same balance that helps us to stand out as a band. A lot of bands seem to like finding themselves safely in one side or the other, but we prefer to go for the middle ground and find a sweet spot. Whether that works is up to other people!”

Fortunately, the band have been presented with a perfect opportunity to showcase their sound. Later this year the band will return to Wrexham’s Focus Wales festival for the third time, performing alongside acts such as The Joy Formidable and God Damn to truly highlight their unique soundscapes.

This is a prospect that the band are really looking forward to. While they have previously played alongside acts such as Slaves and The Eagles at the festival, this year they’re paired with artists much closer fitting to their own sound. Williams even described it as, “probably the coolest line-up we’ve ever been on“.

But that show isn’t until May. Before then, the band have more important things to focus on — namely, the recording of a new EP. The band are currently finishing up the writing process for what will be their follow-up to 2014’s brutal ‘Brittle Bones’ EP. They plan to head into the studio in mid-April, with hopes for a late-2016 release.

“I’d like the EP to be out around the second half of the year ideally, but you can never really tell with these things. We’ll work on it until we’re happy with it and until it gives a clear idea of what we’re about, getting the right balance and things like that.

“There’ll probably be about four songs and they’ll be along the same lines as Burn after Breeding — you know, big, dark and noisy but with melody there too. In fact, there’s probably a bit more melody in these new tracks than in Burn after Breeding. It’s just the natural progression.

“But us dipping into the studio doesn’t mean we’ll slip off the radar though. We might release a couple of tracks separate from the EP before then!”

Blood Lips can be found on Facebook, Bandcamp and Musicglue. The Louder Than War review of latest single ‘Burn after Breeding’ can be found here.

All words by Tom Roden. More words by Tom can be found in his author archive. He also tweets nuggets of uselessness at @thomas_roden.