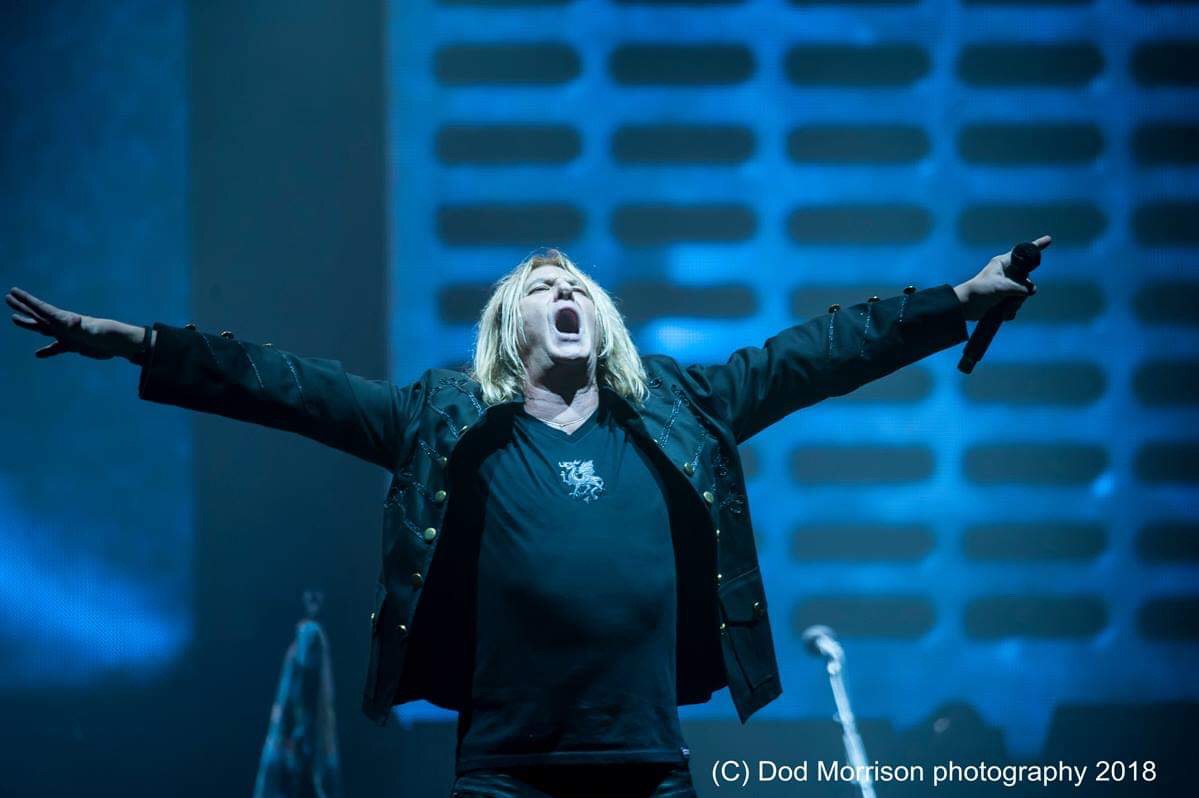 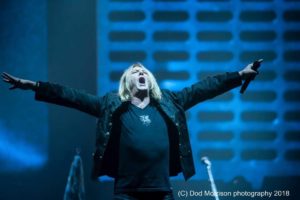 Def Leppard have been touring since they hit the rock scene back in the 80’s and in that time they’ve learnt how to put together a great show. This tour was billed as their ‘story so far’, basically a best of which would include the whole of the Hysteria album plus other classics; Hysteria being released in 1987 (and re-released in 2000!) and is thought of by many as their best work.

On the night of the Glasgow gig thousands of people poured into the Hydro to witness these rock legends. Giant screens counted down the last ten minutes before the band were due on stage and you could feel the anticipation building before all five members blasted into the arena and kicked things off with ‘Women’.

It took a few songs for the crowd to warm up but after ‘Rocket’ and ‘Animal’ everyone got into the swing of things. There was a wall of screens behind the band which changed for each song – from images of televisions for Rocket to neon signs for Animal, reminiscent of tours gone by. It was visually impressive and combined with the music made for a fabulous assault on the senses.

The musicians seemed to be in their element. It must have felt like play by numbers for them but they still seemed to love being on stage. Phil Collen had his trademark bare chest, Rick Allen thrashed away on the drums, and Joe Elliot sung his heart out on the mic. Rick Savage and relatively new member Vivian Campbell were as excellent as ever with their guitars. There was a special mention of Steve Clark at one point, the guitarist who sadly died in 1991. It was really nice see him included in their tour despite not being there in person. 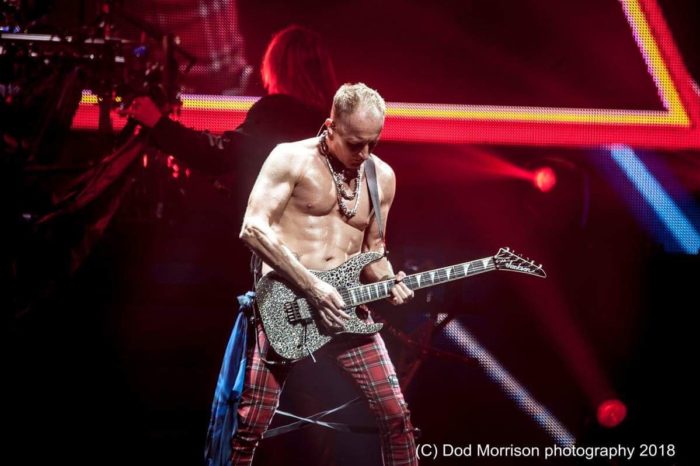 More classic songs were played like ‘Pour Some Sugar On Me’ (which absolutely rocked!) and of course ‘Hysteria’. Hearing the album in its entirety was excellent and a rare treat, as many of the songs, like ‘Run Riot’ and ‘Love And Affection’, had never been played live in Glasgow previously. When the album was finished the band took a short pause and then announced they’d be continuing with some other classics from before and after Hysteria.

They kicked it off with ‘Wasted’ from their debut album in 1980. ‘When Love And Hate Collide’ had grown men swaying in each other’s arms, singing along to the 90s power ballad. The show was rounded up with ‘Let’s Get Rocked’, ‘Rock Of Ages’ and ‘Photograph’, a fitting trio to finish with.

Whilst Def Leppard may not have quite as much energy as they had in their youth, they still give a great performance, especially compared to some of their counterparts from the same era. With a very recent induction to the Rock and Roll Hall of Fame these guys have made their mark in the music industry.

The songs still get everyone rocking, long may it continue!