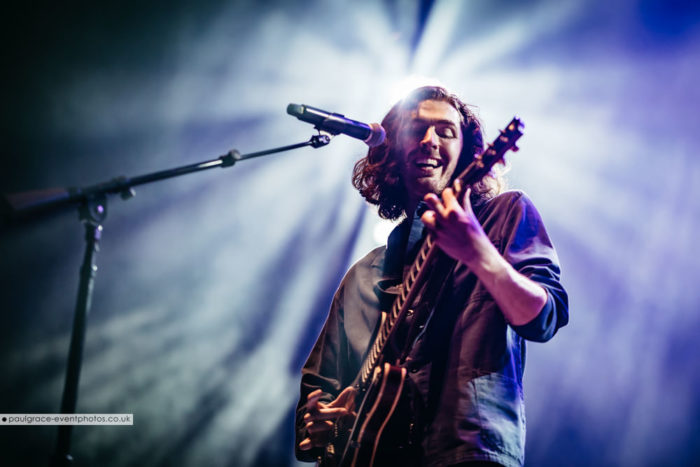 Four years on from the unexpected smash-hit success of his self-titled debut album, Hozier is back with a brand new offering and accompanying 10-date UK & Ireland tour, including a two-day mini-run at Hammersmith’s Eventim Apollo.

It seems quite obvious, both in the music he has produced since and in interviews he has given that Hozier has to some degree grappled with the instant fame granted to him by early singles ‘Take Me To Church’, ‘Eden’ and ‘Someone New’.

The product of that soul-searching is the more mature, more southern blues-inspired EP Nina Cried Power, released in September and now filling much of the night’s set list. 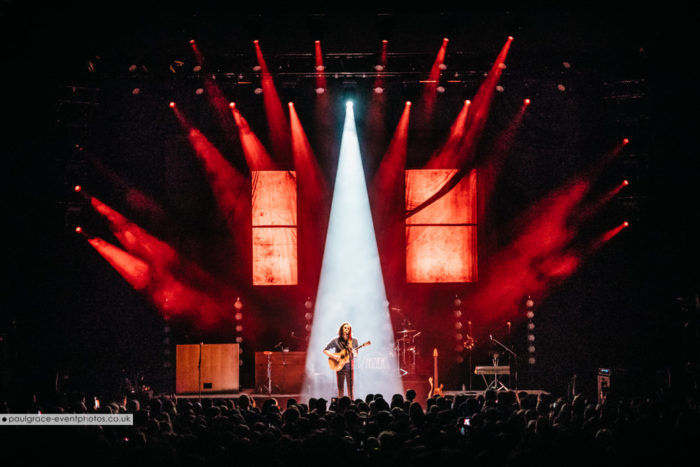 One thing his debut album has given him, even four years on, is the ability to sell out a two-day run at Hammersmith’s 5,000-capacity Eventim Apollo. It’s fair to say that not many one-album artists could return from a near half-decade break to such acclaim.

Special mention must go to the marathon efforts of Suzanne Santo, first in opening the show with her own band before contributing violin to a number of Hozier’s songs.

Santo certainly brought plenty of energy and personality to the support slot, her four-piece group flying through country-rock numbers with gusto on what it transpired was their final night on the tour. 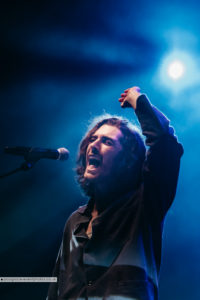 From the very start of his own set, Hozier showed his willingness to mix in the new and the old, giving some of his more recent, slow-burning releases a chance to seep in a little.

It wasn’t until the fourth song that Hozier began to unfurl the greatest hits, first up ‘Eden’ delivering the first spine-tingling singalong moments of the night.

It was in the bigger, bolshier tracks – both old and new – that the sizeable band earned its money, breathing new life into songs that still sounded fresh and vibrant nearly half a decade after release.

Yet it was remarkable how easily Hozier could slip from the big anthems to the solo acoustic ballads and back again without losing a single bit of momentum.

Indeed, the only slight hiccup came in his attempted jazz-lounge-experimental version of ‘Someone New’. Instead of the guaranteed spine-tingling singalong it should have been, the delivery felt forced and the track lost some of that indefinable magic.

While so at ease rifling through his catalogue of ballads and anthems and protest songs, Hozier also makes time for the droll, charming explanations around the inspirations for his work – the ‘beautiful and terrifying’ Shrike that serves as a metaphor for love for example – and seems to genuinely enjoy interacting with the heaving masses in fron of him.

It all feels to be building to the inevitable climax of organised-religion-protest-song ‘Take me To Church’.

And it is indeed more powerful, grittier than it ever sounded on record, a song that has evolved with its maker and is all the better for it. 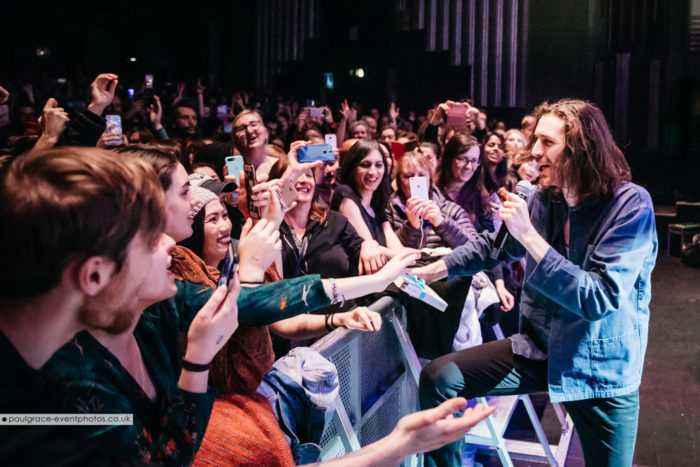 With that, Hozier and his band depart the stage.

But, naturally, we are not done yet, and somehow he takes it up yet another level for a quite stunning three-song encore.

Being two weeks to Christmas, the addition of a slow-jazz reworking of ‘God Rest Ye Merry Gentlemen’ just seems to work, but it is his take on the Destiny’s Child R’n’B classic ‘Say my Name’ that is simply astonishing, a pure encapsulation of everything he is capable of as a musician. 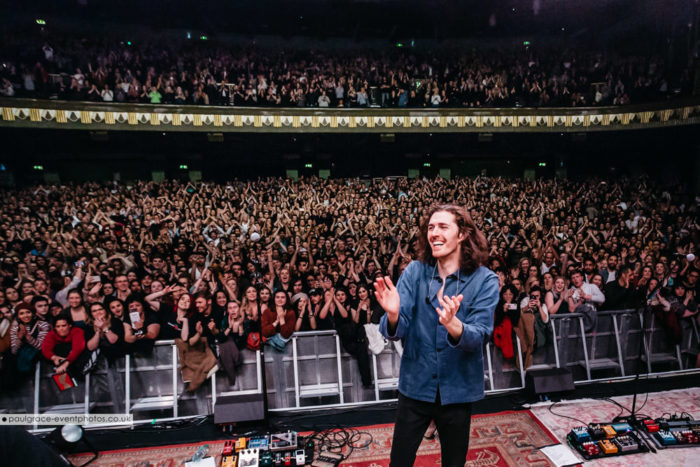 It would be easy for a musician as talented as Hozier to take such an iconic 90’s track – as many have done before – and spin it for a few cheap, end of set laughs but in typical style the Irishman’s earnest reworking takes the song to new heights.

Ending on ‘Work Song’, another enduring, popular track from his debut, gives the night a fitting finale and allows Hozier to prove once and for all that having a hit song early on is not a career-defining event.

All words by James Ayles. For more of his writing go to his archive. James is also on Twitter

All photos by Paul Grace. For more of his photos and writing go to his archive. Paul is on Facebook, tweets as @pgracephoto and his website is www.paulgrace-eventphotos.co.uk