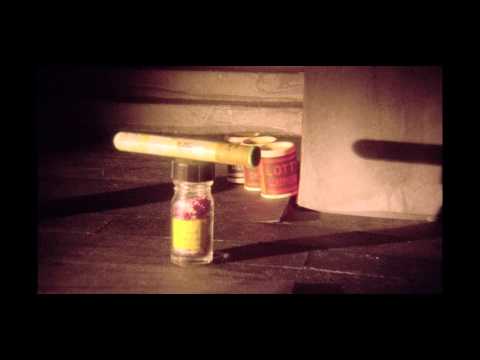 Mercury nominated jazz-rock 5 piece Led Bib are set to release their latest album on the 21st April. Titled The People in Your Neighbourhood it’s coming out, like a lot of current releases, thanks to crowd funding. Today we have a sneak preview of the video that’ll be used to launch the album into the world on Monday. Check it out below.

Some of you will remember that in the days before the Mercury Prize went all commercial it invariably used to have at least one token jazz band and one token folk band. It was ridiculed quite extensively for it at the time but the last laugh’s on us as for some time now the Mercury prize shortlist has been reduced to a swathe of totally predictably mundane bands, invariably ones with huge PR teams behind them and money already in their deep pockets.

Which is obviously a shame as it means that gone are the days when we could reliably be introduced to a great jazz band once a year without even trying – something that the Dead Albatross prize will hopefully re-address.

With releases so far this year from Get the Blessing and Polar Bear (review coming soon) 2014 is turning into a great year for this kind of jazz. Today, though it’s Led Bib’s turn in the spotlight.

Leb Bib are celebrating their 10th anniversary in 2014 and to celebrate they’re releasing their fifth studio album all told and their third for American label Cunieform, titled The People in Your Neighbourhood. On the same date the band are also releasing a limited edition vinyl album of live music entitled The Good Egg, recorded over two London shows last year. The CD and vinyl releases are supported by a full UK tour, including the album launch, set over three nights at the Vortex on 1st – 3rd May.

Quoting from the press release about the band:

Led Bib retains its original line-up of 10 years ago, when the infamous five met at Middlesex University and formed the band for Mark Holub’s university project. The group are bandleader Mark Holub, drums; Pete Grogan, saxophone; Chris Williams, saxophone; Liran Donin, double bass and Toby McLaren keyboards/ piano. Looking back on a decade of music that takes in seven albums, hundreds of live shows and a string of accolades, Led Bib can feel content that they have punched through genre barriers to fly the flag for progressive music in the UK and that they forged a path where a host of new exciting bands would follow.

Musically, the album is a coming of age of sorts – the pounding grooves are still very much in evidence, but there are more introspective moments too, showing a maturity that only ten years on the road can achieve. The album was recorded under the watchful eye of Grammy winning engineer Richard Woodcraft (Radiohead, Neil Young), with the band using monitors only (no headphones) and the result is more akin to a powerful live show than a studio album, and is perhaps the reason it has such a cinematic sound.

“After ten years of working together, I am pleased to still call these guys not just my band mates, but my friends. It has been a great pleasure to work with this band, starting out as my university project, through critical acclaim, a Mercury Prize nomination and countless tours, and after 10 years together, these new releases neatly sum up all that we’ve achieved and where we could still go. It’s been fun.”

Full track listing and tour dates can be found below the video here for lead track New Teles. It’s a video worth watching on its own merit in fact being as it is a fantastic animation by Matthew Robins whose website is here: sadlucy.com.

The albums mentioned above can be pre-ordered here:

The People In Your Neighbourhood and The Good Egg [VINYL] [Double Lp].

All tracks by Mark Holub except * by Chris Williams, ** by Liran Donin, and *** by Pete Grogan.