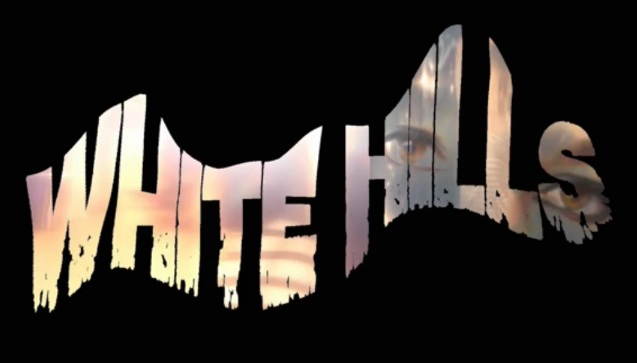 The brilliant White Hills, fresh from a cameo in Jim Jarmusch’s latest film Only Lovers Left Alive, have just released a new video of their trademark psychedelic interstellar rock to accompany the announcement that they’ve confirmed for this country’s pre-eminent festival of all things psychedelic, Liverpool Psych Fest, in September.

The band, whose seventh studio album So, You Are… So You’ll Be came out last year (scoring an 8 / 10 from us) look like they’re going to be having another busy year on the road with a planned US tour starting later this month and festival appearances at Austin Psych Fest, Reverence Festival and Liverpool Psych Fest also slated in.

To coincide with all this they’ve just released a music video for the track “MIST (Winter)”, taken from the latest album “So You Are… So You’ll Be”. Vocalist and bassist Ego Sensation tells us about the video:

“Filmed in an abandoned warehouse in Queens, MIST (Winter) is the first video production from New York collective Dreamhaus, whose purpose is to turn ordinary spaces into magical places. The video blurs the lines between the waking and dream worlds through in-camera effects and cubist-inspired editing techniques”.