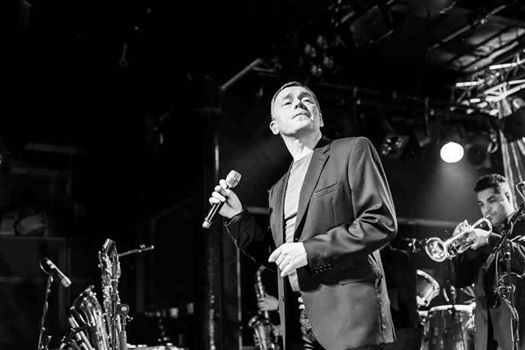 Fresh off the back of his recent interview with the reggae greats Martin Copland-Gray catches them playing a storming set in the capital.

The true measure of any band is being able to perform live and when I say perform I don’t mean the kind of performing perpetuated by these prepubescent boy bands whose soulless dance routines have been choreographed to within an inch of their lives.

I’m talking about rehearsing in some grotty basement or studio for hours on end, day after day, honing and crafting a bunch of songs that when they are introduced to the public will endear them to their audience for the rest of their performing lives.

But what happens if you’ve been there, done that, bought the t shirt, washed it, ironed it and sold it on Ebay to the highest bidder? What if you have played the biggest venues, to the largest crowds and toured the world over several times to great acclaim, won awards and been given the freedom of a city?

What happens if when you release an album and you sell several thousand copies only to discover from your label that that same record that you have slaved over and poured everything into for the best part of twelve months has been illegally downloaded up to 50 times more than you sold legitimately?

What happens if you have experienced the incredible sadness of losing founding members some of whom were members of your own family, brothers even and if that weren’t enough, suffered the ignominy of being dragged through the courts, losing nigh on everything you ever earned and still fighting to hold onto the name that for so many people came to symbolise all that was good in the music business?

How do you find the heart to play that instrument, sing that song or even get back on stage again after those kinds of knocks? Many lesser bands might have fallen at the first hurdle let alone this dark place and yet as they say ‘the night is at its darkest just before the dawn.

At the Fairfield Halls in Croydon, one of the most unlikely of places yet one that possesses an incredible history of live performing, UB40 proved that they are still at the top of their game and still able to connect so deeply and passionately with their audience. More of that anon.

From the brass rallying call of Present Arms here was a band confidently hitting their stride from the outset. It might have taken the first few numbers for the audience to be on their feet and get to the front but from Higher Ground & Cherry Oh Baby the mood was set. As Robin Campbell said in his broad Brummie accent “At last your singing and dancing!”, the sound of that familiar voice making us all smile and feel as one.

The well thought out set list was a roll call of songs from their back catalogue. From tracks such as Dream a Lie (the first song the band wrote together) & Silent Witness from ’80 & ’81 respectively, through classic UB40 numbers Homely Girl, One in Ten and Sing Our Own Song, itself one of the most uplifting revolution songs ever recorded, this was an evening not just for the die hard fans but for relative newcomers, of which there were plenty in attendance.

Their latest album Getting Over the Storm was also featured heavily with stand out tracks Midnight Rider, If You Ever Have, Blue Eyes and the title track proving that even though this is their eighteenth studio album they can still produce the goods.

Each band member plays their part to the full from Robin’s sumptuous harmonies with his brother Duncan who is now at home in the vocal spot once occupied by his brother Ali, to Norman Hassan on lead vocals for the classic Boom Shakala (one of Robin’s all time favourite tunes). Brian Travers leads the brass trio to new heights and the rhythm section of Earl Falconer & Jimmy Brown is as tight and as slick as ever. ‘New’ members Martin Meredith, Tony Mullings & Laurence Parry are not there to make up the numbers in fact this is a band playing with confidence even though they are facing some tough times at the moment.

The finale is a suitably joyous affair with Red Red Wine bringing everyone to their feet once more and then the unexpected stage invasion during Kingston Town that finally broke down the invisible wall between the band and their audience. Imagine that happening at a One Direction concert? God forbid anyone would try such a thing there. They’d be whipped off the stage in an instant before they got within a hair’s breadth of their heroes.

Here it was the catalyst for a massive sing a long with the band telling the security to let the ecstatic stage invaders stay till the end of the song. Then everyone trooped happily back to their seats for the final encore of Can’t Help Falling in Love.

After the show Robin Campbell beamed at the memory of this and it was clear that even though they might not be riding high in the charts as once they did, their live reputation appears to be growing by the day. They are about to announce a whole string of dates right into 2015 and given the right amount of luck & their ability to bring people together as they did so wonderfully in Croydon, they could be on the verge of something special once more.