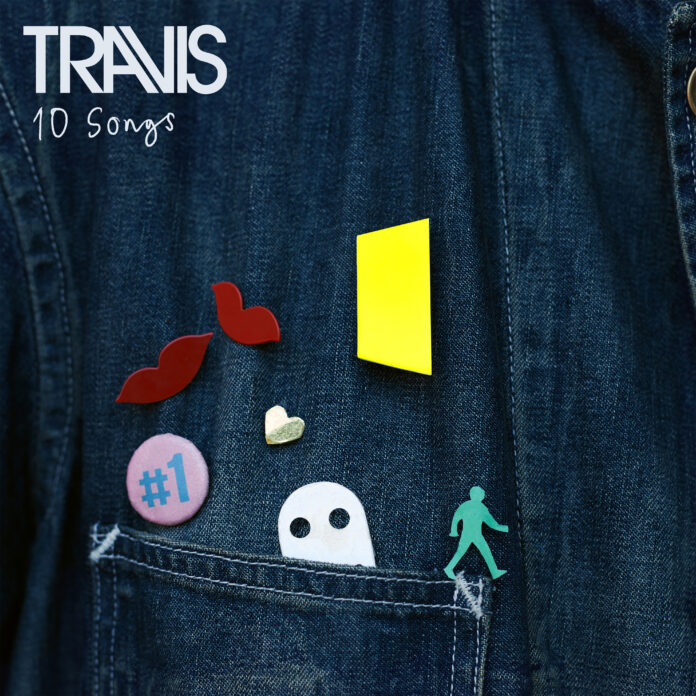 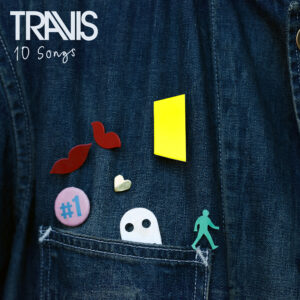 Sean Hornby reviews the latest album by the much loved Scottish band Travis.

Such restless times. Surely someone is going to wake up soon and release us all from the bizarre, nightmarish dream known as 2020. The Mayans clearly mixed up their calendar dates when they predicted that 2012 would be the end times. Whilst someone or something is clearly trying to ring the death knell on life as we know it, the artists of the world are fighting their corner in whichever way they can and are able to. And as music fans, we can but be thankful that some great music has still managed to be released this year.

So, like many other artists, Travis have returned during this annus horribilis to somehow lift our spirits and ease our souls with the release of their latest album, 10 Songs. It’s an album that has been drip-fed throughout the previous months by the way of several released tracks and some more than memorable promotional videos.

There have also been several well-publicised references in relation to the album’s contributors which include Grandaddy’s Jason Lytle, The Bangles Susanna Hoffs, and veteran American musician Greg Leisz. Big names, big ideas…. So, how does the album stand up as a piece of work in its own right?

Firstly, the production must be applauded, the album is sonically great. Its warmth and texture are simply a pleasure to the ear. This is an album that’ll sound good from your phone speaker, but will (and does) sound incredible through a pair of decent headphones or an amplifier.

Album opener Waving at the Window (apparently Fran’s mum’s favorite song from the album) features a cantering piano line accompanied by a somewhat hypnotic bassline with Sophtware Slump era electronics towards the latter part of the song. The ghost of Sophtware Slump raises its warbling head a number of times throughout the album. It’s the unofficial Golden Rule, start your album off with a strong track and the rest should fall nicely into place.

The Only Thing, featuring Susanna Hoffs from The Bangles, is one of the band’s finest songs not only in a long time but probably since they’ve been in the public conscience. It’s lyrically clever and wry. “You are the record in the record shop nobody one wants to buy” is both funny and sad, the duet is more than charming, it’s a true showcase of what Travis do so very well, memorable songwriting that also conjures up great imagery.

Valentine could have been an Elbow track circa Leaders of the Free World, a stomping beat and an edgy melody demonstrates the band’s ability to flip briefly across to a darker side whilst Butterflies brings the listener back down to Earth, not so much with a bump but more of a gentle step. It’s another pretty song, a very relaxed vibe and will be a fan favorite for sure.

A Million Hearts is another highlight with its tripping bassline, echo and piano. A Ghost will already be familiar to many. The promotional video that was created by Fran was a newsworthy story and it is certainly recommended viewing. As a song stripped of its video it more than stands on its own merit.

All Fall Down and Kissing in the Wind are classic Travis songs. The latter was the first release from the new album and was timed with the broadcast of the excellent and insightful documentary Almost Fashionable. The penultimate track, Nina’s Song, is the albums big ballad. It’s strings soar and glide over a charming melody. Album closer, No Love Lost, features another beautiful piano line with a lilting melody. It ends the album on a somewhat melancholic note.

It says 10 Songs on the tin and ten songs is what your money gets you. The album doesn’t blast off in any puzzling leftfield direction at any point. There’s not going to be any ghastly surprises for fans of the band or casual listeners. Yet this is not a criticism. 10 Songs is an album that will certainly hold its own amongst the bands back catalogue. It’s an atmospheric album that has a strong beating heart that will want to connect with its listener.

There are several songs on the album that would have been Top Ten singles in a different era. 10 Songs sounds like a Travis album; it’s certainly not their Zooropa or Kid A. Instead, what we are presented with here is a band that still has something to say to the world. Even if its message is subtle and measured.

There’s humor where appropriate and there are moments of sadness, perhaps as you’d expect with a Travis release. Though the band members may be spread across the four winds, Travis have still somehow managed to create an album of togetherness.

Many of their contemporaries have fallen by the wayside. Yet, even if they’ve not always been the flavor of the month Travis remain a constant. In 2020 they’ve released a career-high, pertinent, contemporary collection of songs that will rightly find their place within their audience’s psyche. Once again Travis have managed to retain their dignity by remaining true to their values and ethics.

10 Songs can be ordered here – https://travis.tmstor.es/