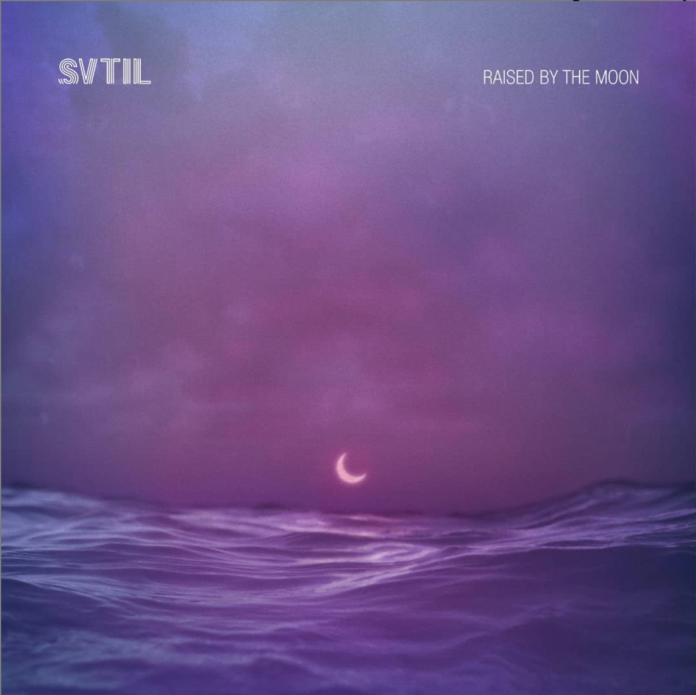 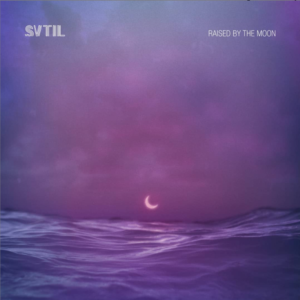 “Raised By The Moon”

The most exquisite dream-pop. As soon as I heard the opening chords of SVTIL’s new single Raised By The Moon, I thought I might have wandered into a scene from Sofia Coppola’s Marie Antoinette, a lusciously saturated period film punctuated by modern music. The SVTIL single is a song for cinema, a synesthesia daydream.

The aural textures created by guitars and drums conjure the deep amethyst atmosphere of a cloudless night. The artwork for Raised By The Moon illumines the interplay between sound and vision that characterizes SVTIL’s music: a heliotrope sea set alight by a low and warm crescent moon. SVTIL’s drummer, Cris, designed the single sleeve graphics. Lead singer Paula’s enchanting voice brings the lyrics, written by SVTIL bassist Nerea, to life.

Raised by the moon

I dream my thoughts away

rip them in two, just to be like you

what kind of life

it will be too late

races through my mind 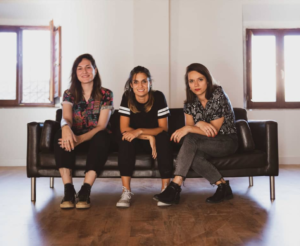 In the band’s words, Raised By The Moon is “about dreams, the ones you keep to yourself and only voice out loud alone at night.” SVTIL is a Spanish band based in Barcelona, but they feel intimately connected to British music history and the UK scene. You might be wondering about the band name. It’s like “subtle, or subtil in Spanish, but with the “U” replaced by a “V” as a feminist act of resistance. SVTIL is a trio of three amazing women. Rumor has it that merch for the forthcoming EP will include a zine featuring Nerea’s haunting lyrics.

Did I mention that the band is on a brand new Manchester-based women-run label? Natasha Arciniega and Martha Philips co-founded Incantation Records to do things a little bit differently. Yet they didn’t start out with plans to run a record label. “It came about out of necessity,” Natasha says.

Natasha and Martha founded the label in June 2020—in the middle of lockdown—because they knew there was a “gap in the market,” as Natasha describes it. Incantation is, in Natasha’s words, “an entirely female-run label, championing womxn’s voices … It’s about putting that voice at the front of everything.” Natasha and Martha ultimately want the label “to build a community that isn’t there.” The name of the label “is about that magic, that enchantment that can change something.” I asked Natasha about how the weight of Manchester’s music history shapes a new label coming out of the city. Natasha remarked that Incantation “couldn’t be in a better place for music” while emphasizing that there is “a diversity in this city” that’s calling out for new representation. Releasing SVTIL’s music is just the start of great things for Incantation Records.

SVTIL softly conjures the sounds of My Bloody Valentine and The Radio Dept., yet as the band says, “we’re not like anybody else.” The trio is working with Incantation Records to do something new and exciting for women who want to rock. Indeed, Natasha says, “we’ve started something that could have a really huge impact.”