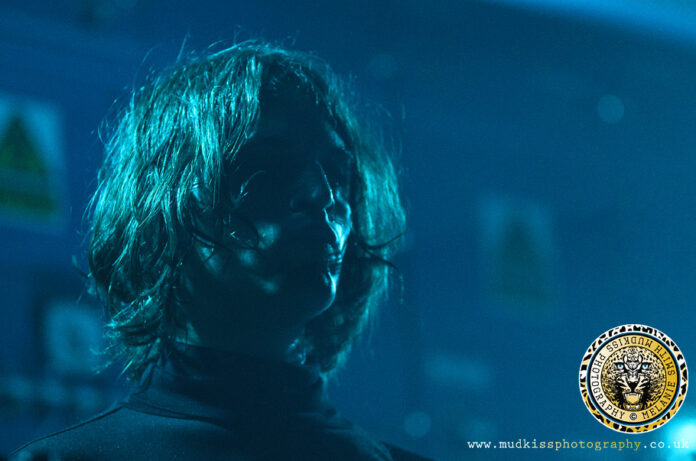 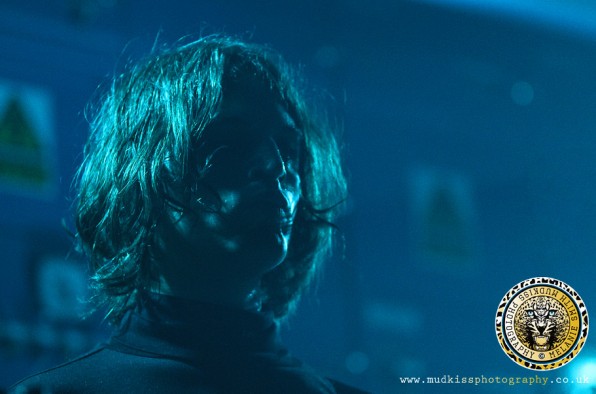 A good crowd had assembled for the hometown bands tour opening gig at The Old Market, which as you would guess is an old Edwardian market building on the Hove / Brighton border. The ideal venue for a Psychedelic band.

TOY play the Psychedelic theme to the limit. A combination of mysterious song build ups and an eerie onstage persona, helped by the dark lighting give the gig that authentic feel.

The band play a tight set drawn from both of their albums filled out with instrumental jams and seemed to be very tight musically. A number of songs are drawn out into almost Prog like mind sprawling instrumental breaks. The ambient build up to songs padded out with expansive drum beats.

New single, Join The Dots, was a highlight, bursting into fast heavier rock after a long monotonous build up. But the guitar work of Dominic O’ Dair perhaps crowded out the sound with complicated guitar solos that sometimes drowned out Tom Dougal’s vocals.

The gloomy stage lighting added a visionary presence to the dark sounds and the bands stationary stance and vacant stares helped to give the gig a haunted feeling. Highlight tunes were Colours Running Out, Kopters and the earlier mentioned Join The Dots.

TOY are one of the Heavenly records vital new acts, ala The Horrors to whom they have been compared. The continuous guitar drones and strange synth patterns give the gig a chillingly atmospheric feeling. although maybe there were a few self indulgent moments. Also a muggy sound didn’t help matters although the complaint that I heard somebody remark, that they were playing too loud didn’t really stand up. TOY are an exciting, authentic, explorative band and seem destined for a big future.

And, of course, no encore.

All words by Simon Kvalheim whose Louder Than War archive is here. All photos by Melanie Smith.