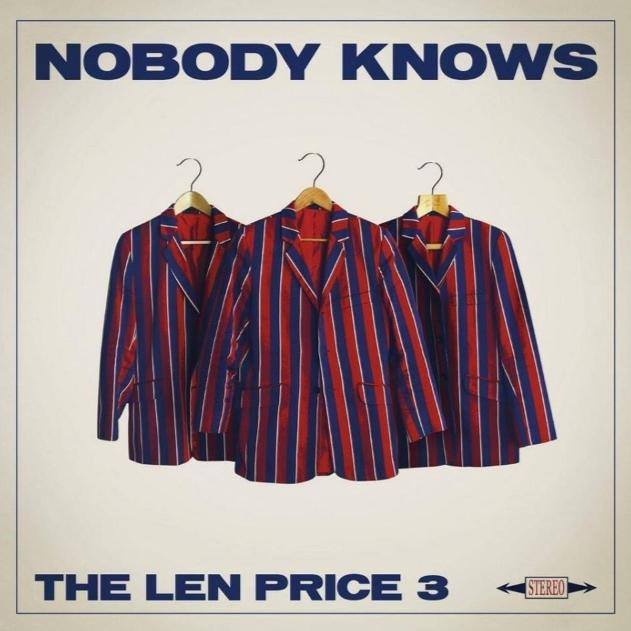 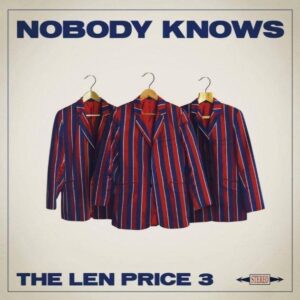 Fourth album from Medway Garage Mods  Reviewed by our man with the paisley scarf, Ged Babey, who, for a change starts off on a tangent rather than going off on one half way through….

In the same way as Special Duties, the punk band got their name; the members came into possession of a job lot of school prefects badges with the words stamped thereon (readymade merchandise before they’d played a note!), Wreckless Erics band, the Len Bright Combo got their name simply because it was emblazoned across the front of their secondhand drum-kit.

The Len Price 3 in turn, were called such as they started life as a tribute-band to the Len Bright Combo (Eric & some former Milkshakes).  Wreckless Eric, who at one time considered touring as Neckless Derek, a tribute to himself ( as he’d probably end up being paid more) could now conceivable reform his band under the name the Glen Brice Trio and play the songs of ‘the 3’, as us fans never call them.   It would be the first time an original band became a tribute band to a tribute band of themselves.  Probably. Glad that’s clarified.

The Len Price 3 were far too good a band to play covers for long and in 2004 released their debut album Chinese Burn.  Full of Medway punk energy, slashing powerchords and harmonies it was an instant classic albeit in a very Heatcoats/Buff Medways/Billy Childish vein …

Rentacrowd in 2007 had a touch more melody, some really effective songwriting  and Pictures in 2010 was a fully-realised, well rounded song-based album on which they established their own identity and sound within their self-imposed parameters (the Who, the Kinks, UK style 60’s Garage power-trio) .  Pictures is an almost perfect album;  upbeat but with some really human story-songs with a bit of pathos.  Others are vicious and mocking, all are short, sharp, sweet, solid.  No waste, no frippery.

The Len Price 3 would have  held their own in the mid-Sixties and not been out of place, They’d’ve made a great Power Pop New Wave band in 1978.  And they would’ve been a successful, smart Britpop band and shared stages with the young Blur and forgotten greats like Mantaray.  They have a timeless quality, although with their matching blazers and what is essentially a sound from the past they are tagged  ‘retro’ or ‘throwbacks’.   Which does them a disservice as they are a thoroughly cool band;  great to watch or jump around to live and now with a superb tetralogy of recorded work.  Their albums have got better and better.  Nobody Knows therefore should have been even better than it is, more of a progression,  maybe a proper ‘concept album’ telling a story or extending the narrative .  (I’m being ultra-picky as they are such a good band,  one of the best I’ve seen ever, so I demand more than I do from most ‘average’ bands.  That said this is still one of the best albums of the year)

So, track by track…

Opening salvo, Nobody Knows is a tale of desperation and suicide which has the power-packed punch of Hit-by-hit Godfathers.  Gritty but with trademark harmonies.

Swing Like A  Monkey is a great pop song about alcohol-soured relationships “I swing like a monkey from boozer to bar” and features in an indie Brit-movie called Pubmonkey ( which looks brilliant from the trailer). The keyboard intro sounds like Mancini’s Pink Panther theme gone awry.

My Grandad Jim is a lovely tale of love and pride in a former Desert rat of a Grandfather with a distinct Buff Medways  feel.

Lonely and Preying Mantis are perfectly good songs in that Kinksy observational style but I can’t get past problems I have with a couple of bits from the lyrics.  “Why don’t you put a smile on your face?”  they sing on Lonely, a song about a miserable sociopath.  Its like saying ‘cheer up, it might never happen’ to someone who’s clinically depressed.  “Why don’t you do something about your head / instead of wishing other people dead”.  Maybe the subject of the song is a specific individual who is just a horrible little shit and not genuinely depressed, I don’t know, but as a song that the listener is supposed to relate-to it comes over as being a bit unsympathetic.  Preying Mantis is a character study of a calculating, coniving woman who uses men-with-money;  “You killed and ate your lover / Cos you want to be a single mother / you calculate everything that you do…”   Well, I’m not gonna attempt a feminist critique of that… but yeah, I shouldn’t take lyrics so seriously I know.

Vultures is a true-to-life account of family greed following the death of grandma, when all the relatives descend like vultures to claim the contents of the loft and any potential valuables.  One of the better songs with a real Village Green feel but also the LP3’s stamp of quality & authenticity.

Billy Mason is a Childish-type upcycling of David Watts and a bit 3-by-numbers.

It Couldn’t Get Much Worse sounds a trifle Oasis, the feel of  Life From A Window and again bears hallmarks of Ray Davies. To be honest though a couple of songs from Pictures, Mr Grey and Girl who Became A Machine are in the same mould but better…

Medway Sun is a welcome piece of Garage Punk Chill-out, with Bacharach-type trumpet and a lolloping Steptoe and Son gait.

A “Dustbin Mod” reprise of the title track seems a bit superflous.

Closing track the London Institute is the pinnacle of the collection. It sounds like Wreckless Eric playing with 1978 Wire and goes off into the realms of fantasy with some great phased guitar.

It is a great album, undoubtably worth getting , but personally I’d say it doesn’t better the previous album which set a standard so high it was near-impossible to better.

All words by Ged Babey. More writing by Ged on Louder Than War can be found here.