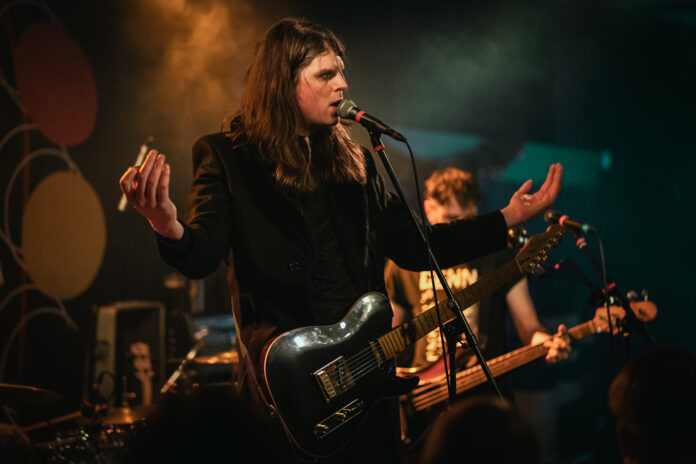 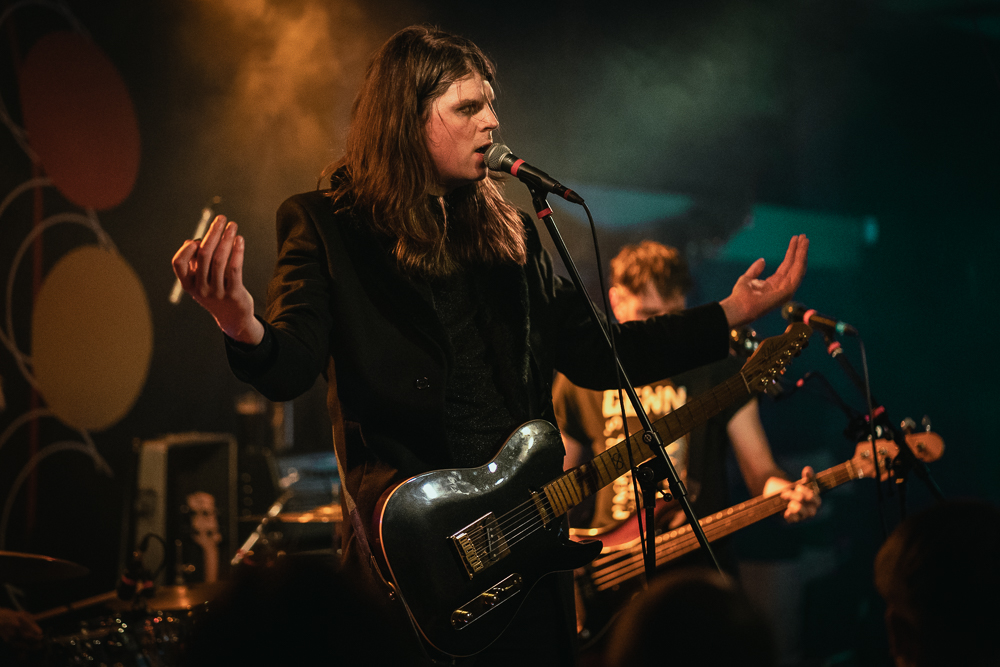 Tigercub’s expertly delivered bone crunching riffs and gritty alternative rock was devoured by a hungry Sheffield crowd who have been eagerly awaiting the return of the Brighton trio.

The first band to greet the exuberant crowd gathered at Sheffield’s Leadmill last Friday night was hard hitting, heavy blues rock band Stand Amongst Giants. Dishing out muscular guitar riffs with reckless abandon, and howling vocals reminiscent of American bands like Rival Sons and Reignwolf, they prepared our ears for a night of loud and raucous rock & roll.

Next up was touring support band Bad Nerves, strutting onto the stage looking like they’d been torn straight out of the late ’70s NYC punk scene, with bleached hair, shades and torn tank tops. Tearing into their opening track at 200bpm, the fast and furious power pop punk band from Essex set the standard of intensity for the duration of their set. No long guitar solos here, just quick and dirty power chords delivered at a frenetic pace, perfect for singer Bobby Nerves’ melodies to hook their way straight into your brain. His energetic performance, singing in a higher register than most of their punk comrades, but losing none of the venom, gave a unique flavour to Bad Nerves’ jubilant punk stylings. 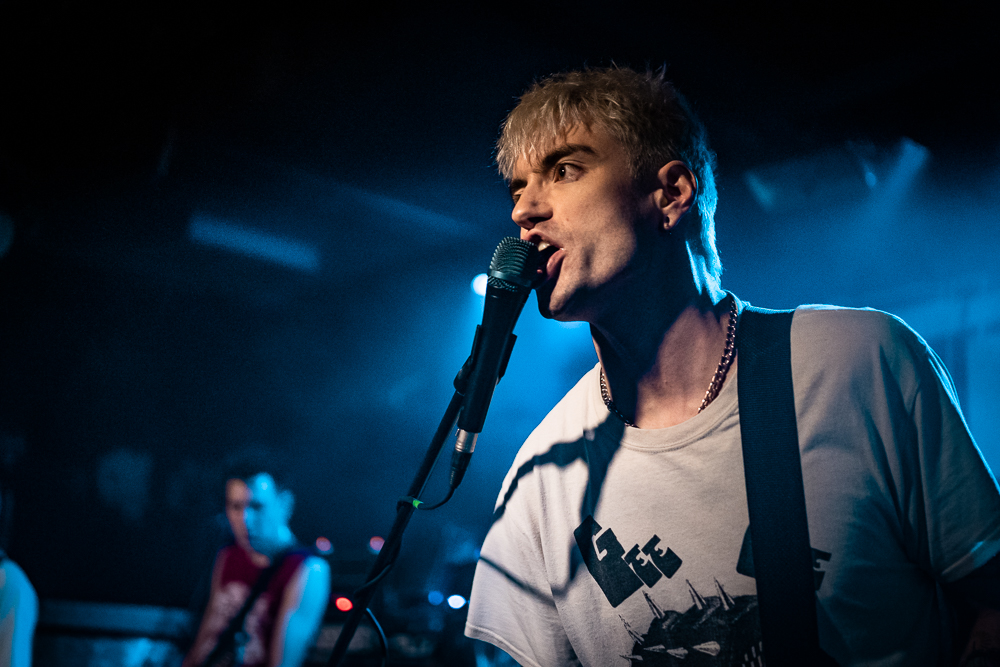 Without warning, the five-piece suddenly stood as still as statues, emitting no sound except for drummer Sam Thompson tapping his sixteenth note on the hi-hat as the tension built. The audience became as still as the band onstage, who were seemingly suffering some sort of graphics card failure. If you weren’t already in rapt attention, you were aware that any muttered conversations suddenly stalled. After the roaring vigour of Bad Nerve’s set so far, the contrast of the sudden silence was deafening.

Bobby Nerves’ sunglasses hid the inevitable glimmer of mischief in his eyes as he surveyed the scene with an air of; “How far can we push this? How long can they stand it?” Just when it was almost too much to bear, a shock shout of “1-2-3-4!” took us all by surprise, breaking the impasse as Bad Nerves crashed into their next song which hit us twice as hard, thanks to that powerful gulf the silence left in its wake. 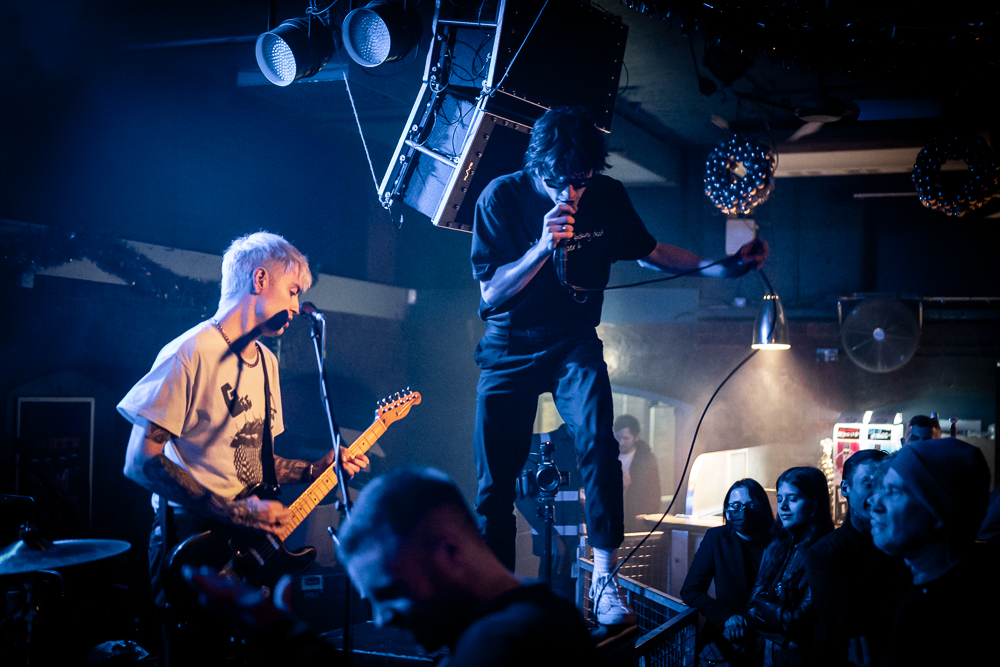 “That’s alright if you’ve never heard of us, we like a cold room,” Bobby told the crowd at the start of the set. As if the adrenaline-fuelled music wasn’t exciting enough, Bobby engaged in multiple balancing acts, tightrope-walking across the rickety crowd control barrier with impressive ease. The energy required towards the end of their set saw him abandon the stage altogether, having a good run around the entire room, making sure the audience was involved as he led a final blast through new single Don’t Stop, as well as heavy hitters from their self-titled debut album, Can’t Be Mine and Radio Punk. After that performance, the band can rest easy knowing it definitely wasn’t a cold room anymore.

With barely enough time to stock up on cans from the bar, the lights dimmed, setting off a chain reaction of cheers. The inevitable tribal chant of “Ti! Ger! Cub!” was the cue for one of Brighton’s finest riff machines to finally grace the Sheffield stage. Tigercub’s frontman and guitarist Jamie Hall entered the room, arms raised, and teased the crowd; “Sheffield, where are you?”. The Leadmill audience who had turned up in force met his question with cries of “Yooorkshire! Yooorkshire!” which, as any Leadmill local knows, is the official sanctioned response when your home region has been mentioned onstage. 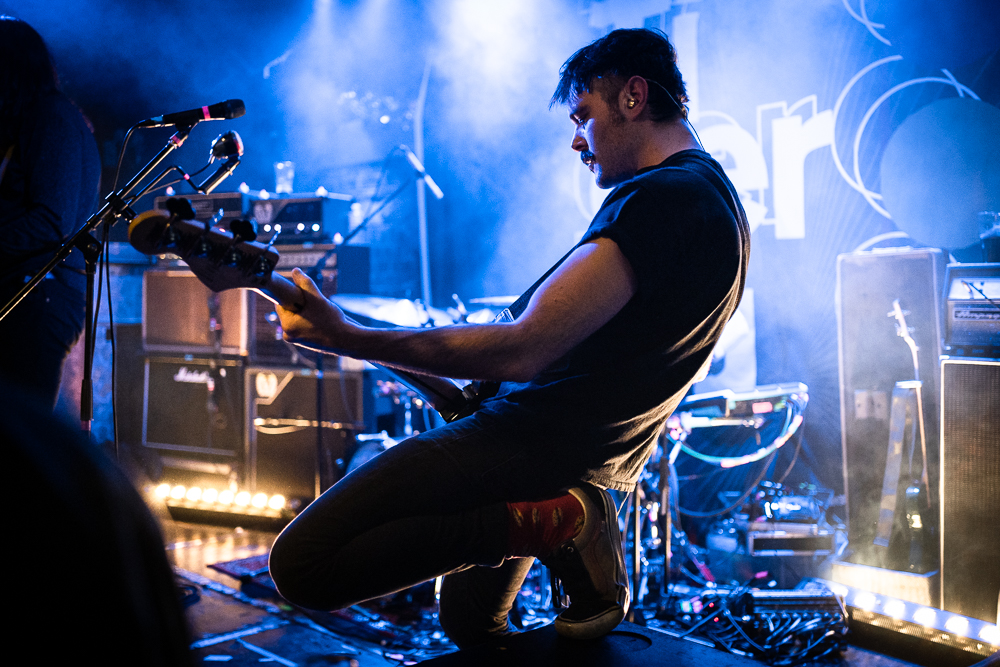 They kicked off the set with their brand new single I.W.G.F.U., short for “I Wanna Get Fucked Up”, one of Tigercub’s heaviest songs yet, and a wild party song specifically about drinking yourself into self destruction. The driving rhythm, filtered bass and stabbing guitars created a tensely restrained background to verses that were just waiting to cut loose. Hall’s eerie falsetto vocals were then cast aside when the chorus dropped as everything was turned into overdrive. Bassist Jimi Wheelwright took the mic to layer over some frightening screams, with as much ingrained spite as Nick Oliveri would have done in a Song’s For The Deaf-era Queen Of The Stone Age.

Although Tigercub are known for their overwhelmingly heavy riffs, there were plenty of moments throughout the set where they abstained from distortion to float between dark moody post rock that’s not quite textbook psychedelic, but definitely an intriguing take on alternative rock. This included tracks like Control, with its curiously syncopated twinkling guitar intro and slurred moody verses followed by a surprisingly uplifting chorus. However, the big riffs were never far away, always lying in wait to sneak up on you when you least expect it. 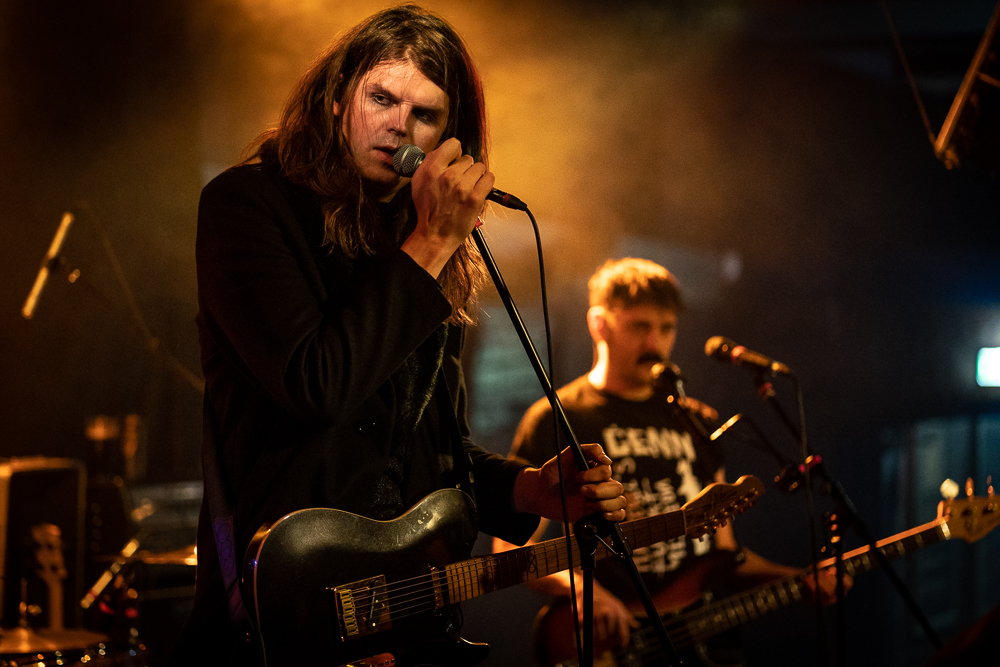 It’s always a pleasant surprise to hear a two- or three-piece generate such a full sound and Tigercub are no exception. Guitarist Jamie Hall was in possession of the most enviable amp rigs I’ve seen in a long time. We’re talking at least four cabinets and two or more heads, all stacked in a brilliant display of amp Tetris. Clearly a lot of thought has gone into their guitar sound, and the result is a devastatingly powerful aural sucker punch; ranging from shimmering tremolo in the verses, to sounding like a helicopter crash landing into an indie disco, right through to the dirtiest of desert rock tones so gritty that I’m still wiping the Nevada dust from my eyes.

A fantastic example of Tigercub’s musical shape shifting is the song Stop Beating On My Heart Like a Bass Drum. The track begins with a melancholy opening of harmonised vocalisations, layered up and looped to form the vocal acapella chords. As the loop cycled a few times, the crowd already knew, before Hall began his softly sung lyrics, that this was going to be one of the highlights of the set. The vocal hook that comes just before the chorus drop; “…like a bass drum,” was so tempting that even though it didn’t arrive until after the second verse, the audience couldn’t help but fill in the gaps way too early as they hungrily waited to sink their teeth into the next chunk of one of Tigercub’s finest songs. You’d have been forgiven for thinking that this tune was going to be a moment of respite, a quiet but catchy singalong moment, but when that riff finally dropped, Tigercub smacked us in the face with the full force of their formidable hard rock sound. 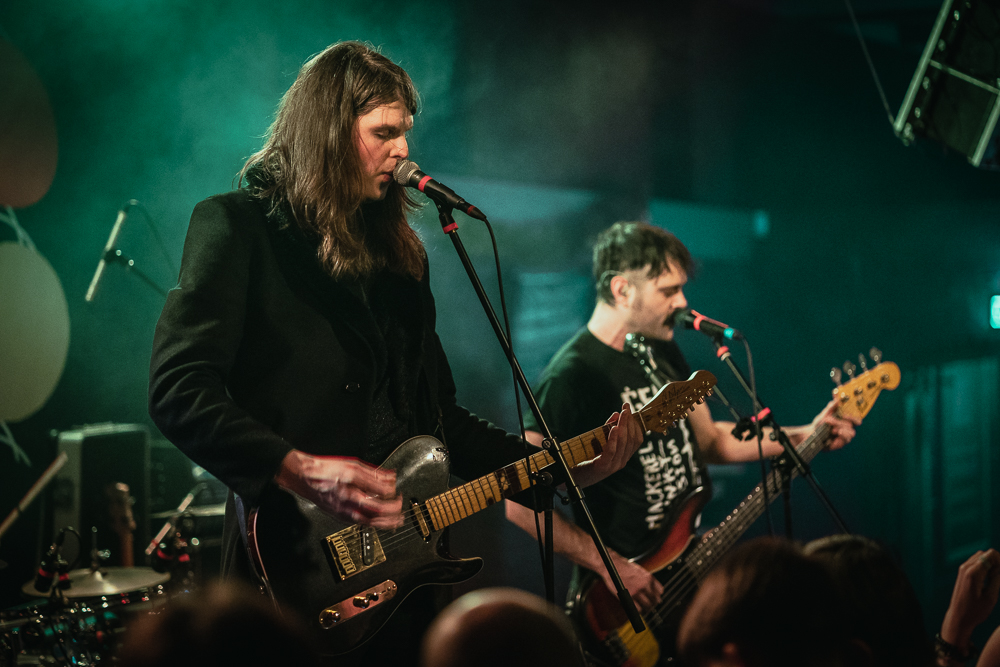 The set closer – stoner rock desert groove Beauty was another standout moment. It swaggered into existence with a fairly complex solo guitar riff that’s played with buckets of swing and feel. When Jimi Wheelwright’s bass and James Allix’s drums came blasting into view, the audience couldn’t help but respond and the whole room started bouncing. Tigercub saw out the evening, saluting the Steel City one last time with guitars raised in the air, trying their best to scrape the ceiling, before they swiftly exited the stage.

The Sheffield crowd started spilling into the street outside The Leadmill, satisfied that all three of tonight’s bands provided a triple pronged attack from three very different corners of the rock landscape.