Home Blogs The Importance of Music 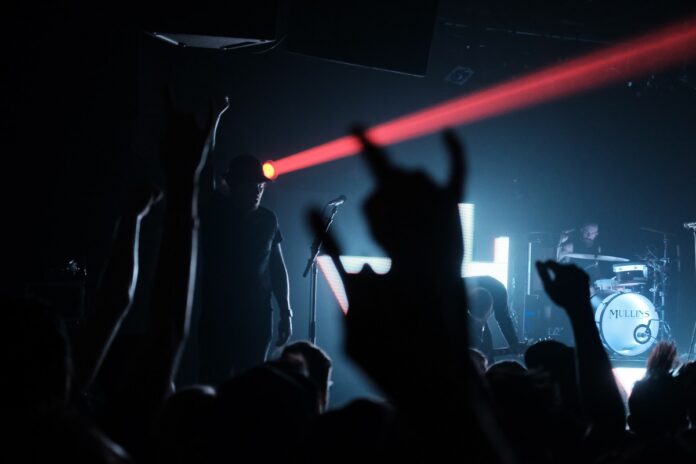 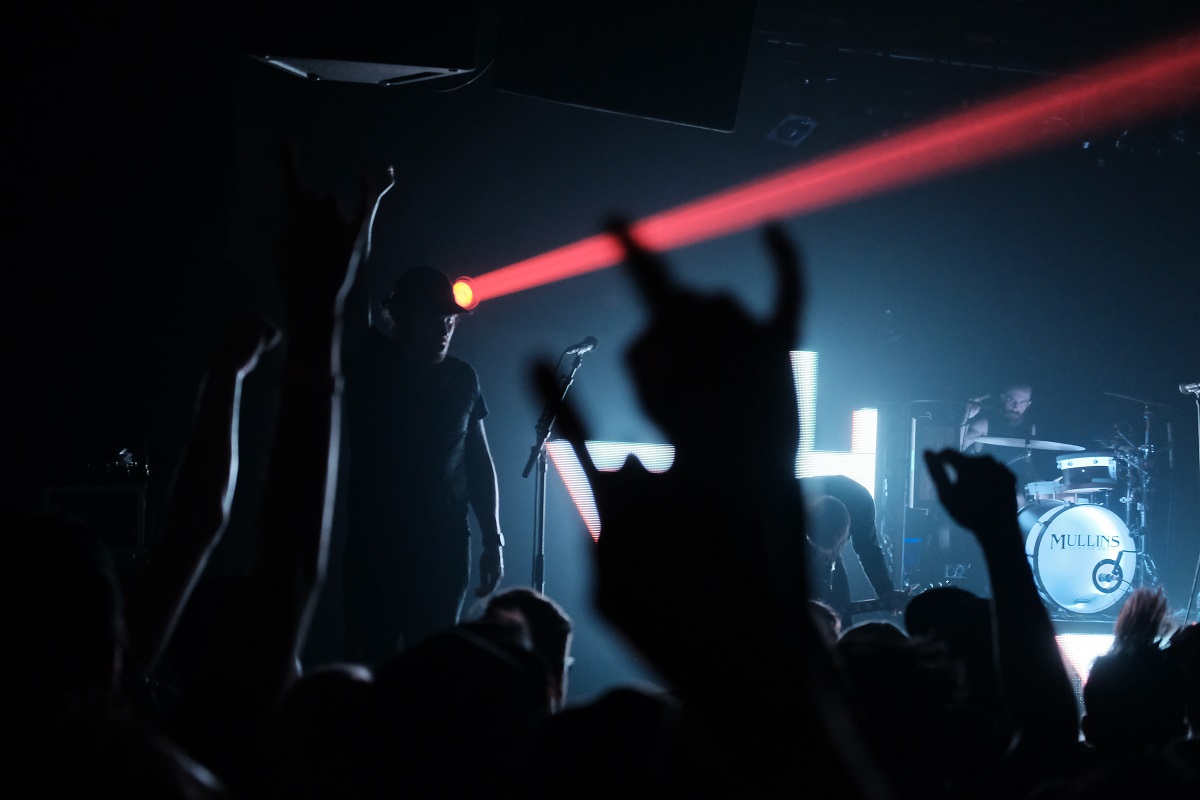 A recent online conversation has made Louder Than War’s Banjo think about the importance of music and how it fits into the modern world.

A new Facebook group has sprung up recently, called Along for the Ride: Following Bands. It concerns itself with the heady times when people would dedicate themselves so completely to certain bands that they would pack a kitbag and take to the road, hitching from one city to the next and sleeping rough as they attended every date on a tour, even following their bands abroad.

Personally, I have never gone to more than four or five gigs on a tour and have only spent a few nights sleeping in train stations, phone boxes, etc., so my hat is off to those who saw a tour announcement as a call to take up arms and ready themselves for a nomadic lifestyle for the tour’s duration.

Despite this, I joined the group and have been happily flicking through the posts and memories. As happens with Facebook groups, Along for the Ride has seen friendships rekindled and stories shared, along with many, many photographs.

The reason that I have felt compelled to take to my keyboard and write this article is that one member of this group (apologies for not remembering who) showed these photographs to her children, who were moved to comment, “Isn’t it mad how important music was to old people?”

This reply struck deep into my soul. Firstly, I suppose, there is the creeping realisation that we are now ‘old people’. No matter how much we might try to deny or ignore it, this is how younger people will see us. Even more depressing is that fact this this has probably been the case for some time now.

But secondly, and most worryingly, while music is important to me, is it no longer important to the generations that have followed on?

I really hope that it is, because music is not just important to me; it is essential. I literally can’t imagine my life without it. It has given me so much; it has given me friends, education, enjoyment and some of the best days and nights of my life. It is so integral to who I am, what I have done and what I will do going forward, that I struggle to think of this not being the case for a whole age group. OK, there have always been people for whom music was nothing more than background noise, but not a whole generation, surely?

I really hope this is not the case and I invite anyone reading this to get involved in this discussion, to reply and tell me if music is at all important to them.

I remember an article in (I think) the NME back in the 90s, stating that video games would be the death of music, as youngsters would only have a limited amount of disposable income and would chose to spend it on games rather than records and gigs. I dismissed this at the time as hyperbolic nonsense, but maybe it was a grimly accurate forecast.

Also, the way music is consumed has changed; maybe this is part of it. I remember Stewart Lee saying that when he toured, he carried with him a list of his 50 most wanted albums. When he arrived in a new town, he would hit the underground record shops and see if he could check an album or two off his list. Sometimes he would strike lucky: sometimes record shop owners would make phone calls for him and he would be able to finally get his hands on a new treasure.

Just getting one of the albums on his list was a moment to savour and was the result of many months of hard work.

When he first got broadband, he downloaded all 50 albums in one day, but it meant nothing to him. Maybe we have a generation used to this instant and disposable acquisition almost from birth.

For my generation, music has been a means of identifying people with whom you would have some common ground, whether this was carrying albums with the covers showing or talking to people at gigs or clubs. Some of the friendships I made in these ways are still going strong, 30 or 40 years later.

When punk came along, it gave me and people like me an instant basis for friendship. We had common ground and we would bond together against everyone else. One of the people I met through punk was bullied at school, where he often felt like an outsider. Once he sided with punks, he was left alone by the bullies, because he wasn’t on his own anymore, he was now part of a gang. Music had given him a tribe to belong to and he was no longer a lone potential victim. This is what music can do for us.

As much as it gave us allies, it also set us against some people, whether they were teds, rockers or ‘normals’. There were countless pitched battles in school corridors, objects thrown from passing cars and pubs that would refuse to even serve us. It allowed us to express our outsider feelings and gave them credibility, a rare commodity when you’re young.

But music was never just music; it came with a whole culture. To be involved with music to any substantial degree was to become part of a clan or community that had developed their own dress, customs and ethics.

The splintering genres and subcultures that sprang up after punk meant that everybody could find a tribe they felt they belonged to, whether that was goth, psychobilly, grebo or whatever. The edges were very blurred between these groups of people, but for the most part, there was little factionary or rivalry.

I remember telling a non-music-loving, football fan workmate about going to one of the Futurama festivals and his immediate question was to ask how people from all over the country could come together and not spend the weekend fighting with each other. Trying to put this into football terms, I told him that it was as if everyone there supported the same team, but he struggled to understand it. Music brought people together and gave us friendships, whereas his love of sport led him to expect conflict and violence. To be honest, I don’t think either of us understood what the other saw in their preferred passion.

There has been some hostility between some groups of fans, The Mission and New Model Army fans spring to mind, but generally lovers of ‘alternative’ music (for want of a better term) have all rubbed along together extremely well.

When the dance music explosion of the 90s took hold, disparate groups of people were again brought together by a love of music and shared experience. Again lifelong friendships were forged in the heat of the dancefloor.

I met a lot of wonderful people this way. Firstly we were club buddies, only meeting on the dancefloors of various clubs across the country, but then we would see each other away from club life, socializing together when we got the chance. From there we went on holidays together and, as life has progressed, we have been to each other’s weddings, christenings and so on. But it all started out because we liked the same DJs and bands. The culture associated with that was strong enough to cement our relationships for the rest of our lives.

The last few years have seen reunions for the audience of Liverpool’s legendary Eric’s club, again initially through a Facebook page. People who never really knew each other when we attended the club as kids are able to meet up and form new friendships, based again on the foundations of music and culture that we were all a vital part of.

Things like that never really leave us. The common ground we all stood upon is still there and we can still know that the culture that helped identify who we were is still doing exactly that all these years later.

To not have this common ground or these shared experiences that all centered around music is just unthinkable. If you were to remove this from my life, it would resemble a colouring book where all the colours were removed, leaving only a basic outline and a lack of texture, features or any kind of vibrancy. The possibility that people growing up in the modern age don’t have any of this is one that makes me wonder what they have to take its place. Hopefully the answer to that is not games or mobile phones.

I hope this does not come across as the moans of an older person who is unable to grasp the modern world. I like to think I have kept pace with the times; I listen to new music the vast majority of the time, rarely backtracking to listen to something from any of the golden ages of my life and I am heavily involved with technology and its latest developments. I suppose I just haven’t found anything as all-consuming and rewarding as a life in music.

It may be that there is no need for this panic and that subculture is alive and well, whether totally connected to music or not. On the other hand, it may be that music is genuinely no longer as important as it was and, in a world where there are many other distractions and rallying points, it is not needed as anything other than background or an entertaining soundtrack to what goes on in life.

If the latter is true, then the culture of music will die out over the next few decades and all the above will be nothing more than a historical cultural blip. This would be a huge shame, as out of those scenes sprang not only music, but art, fashion, literature and generations of people who took these ideas out into the world with them.

It may be that technology is the meteor that leads to my generation’s extinction, but life will go on and we dinosaurs will go the way of all things.

All of this is not saying that I don’t get young people, just that I worry that they might be denied something that I know to be of immense value.

Not that they need someone like me to worry about them. Maybe I’ll just let them laugh at me as I walk by with my iPod classic, still listening to music.

Photo by Joshua Davis on Unsplash