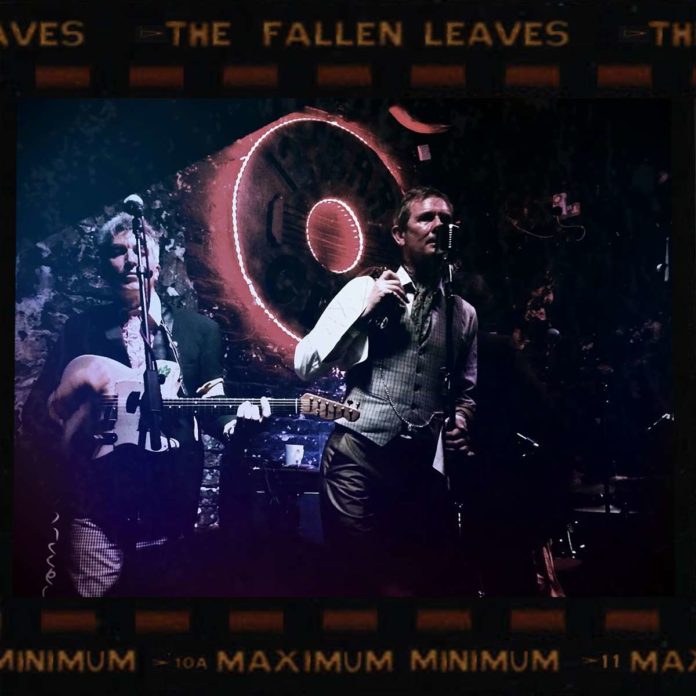 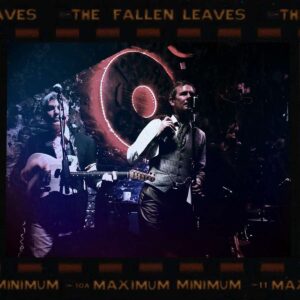 If you’ve not heard of The Fallen Leaves it’s not for the want of Brother Ged Babey’s efforts– he’s reviewed several of their previous releases in LTW in the past. The problem with this most gentlemanly of bands is that I’ve found it hard to find and/or buy their material. Sticking to their very principled principles of believing in the DIY punk ethos is highly admirable, but lads, I’d like to buy your records, any chance they could be available to the public? Pressed in limited quantities (and on resale on Amazon and eBay for silly money), it is a quest to find a Fallen Leaves release other than on downloadable format. They are, it seems, now available for the most part on their own website which is detailed below this review.

However, I’m eternally grateful to the boys for sending me this hefty, beautiful slice of heavyweight vinyl.  Just as an aside, don’t you just love the smell of a new record? It’s a heady combination of chemicals, tar, furniture polish and something strange and exotic…..

Sorry, got a bit carried away there. Anyway, back to the record in hand. Recorded during their fairly lengthy residency at The Hope and Anchor which is a name in itself that is very evocative of a long-gone age; The Stranglers, Eater, The Feelgoods and that Front Row Festival album that was ubiquitous in teenage record collections in the punk era. It seems like one of the few surviving venues in London from that time (I’m presuming it’s the same one!) and seems strangely appropriate for The Fallen Leaves. They would seem ridiculously out of place at a festival or a huge venue; this is a band meant for small Cavern-like clubs and subterranean railway arches. The music is personal in that way that it’s not really meant to be sung along to by drunk teens at a festival. It’s a discerning thing ( and I don’t mean that to sound as up-my-own-arse as it does!) and most definitely best experienced at eye level and with the amps in your face, a bit like the oft-mentioned in TFL  reviews, early Who and for me, The Troggs at their best. I’m not much of a fan of live albums, “Its Alive” by The Ramones excepted, but this is The Fallen Leaves in their natural habitat and probably the way that they should be enjoyed.

As mentioned, if you’re not familiar with The Fallen Leaves, it’s high time you were. Guitarist Rob Symmons was in the early Subway Sect and frontman Rob Green in a later version and they proudly stick to a manifesto(s) of “Punk rock for gentlemen”,  “No Jeans. No t-shirts. No Cover-Versions” and my favourite, “Simple Songs For Complex People.”. Obviously, their dark and droll sense of humour is familiar to many of us of a certain age and more power to them. I’m very much in favour of their policies, to be honest; I always thought punk was about style and looking good rather than looking like a ticket, which seems to be the default position these days.

As regards their music, they stick to a mod-ish, garage-style version of Brit-Beat music which I guess Subway Sect, Buzzcocks and others mined in a not dissimilar way. The lyrics are smart, clever and love-lorn at times although with a distinct tongue-firmly-in-cheek and literary attitude throughout. Rob Green’s vocals are a sardonic drawl with a twinkle in their eye. The rhythm section (a fairly settled Matthew Karras on bass and former ace-face from The Chords, Buddy Ascott on drums) are sharp; they do what they need to do with little in the way of frills but they are clearly snare-tight and have a little bit of the swing and groove that accomplished players bring to anything. The stand-out for me is the shuddering, shimmering guitar playing of Rob Symmons who makes his Telecaster (which he wields up high not unlike his Subway Sect days) zing, snarl and twang throughout the set. His sound and set-up is (probably, I’m guessing here!) as basic as you can get but it has a richness and life that brings his playing to the fore. I’m assuming Tele straight into a Fender Twin with the volume whacked waaaaay up, which gives the band that aforementioned Brit-Beat, Nuggets garage-y newness to their sound. I bloody well love it.

With a set made up from songs from throughout their tenure (I’d hesitate to call it a “career” as I’m sure neither would they!) and four studio albums, this is a cracking overview of what The Fallen Leaves do. No cover versions, no jeans, no t-shirts, just faintly reserved, mannerly punk rock music as it really should be remembered and celebrated. Nothing simple about this, just simply brilliant.