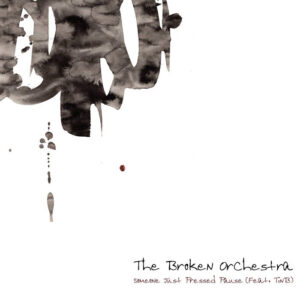 The Broken Orchestra release a moving, sublime and poetic response to the horrific virus that is affecting us all. It should result in them being appreciated much more widely. Gordon Rutherford reviews for Louder Than War.

I first became aware of The Broken Orchestra a couple of years back upon first hearing the sublime single, Blinded. Here we are now in 2020 and the Hull-based trip-hop act really should be much, much bigger than they are. They are criminally underappreciated.

Someone Just Pressed Pause could be the tune that changes all that. Quite justifiably, it has been picked up by BBC6 Music’s Tom Robinson, who has described it as “the most positive, practical and poetic, yet unsentimental, response I’ve heard so far to the crisis that’s enveloped our lives”. Furthermore, Robinson has picked it as his BBC6 Music Recommendations track of the year so far. Praise indeed and well deserved.

You will gather from Robinson’s quote that the track is all about the pandemic that has turned all of our lives upside down and it is a fascinating six minutes and fifty-nine seconds of music and spoken word for two reasons.

Firstly, it was released at the onset of the crisis, back at the end of March. Yet it sounds extraordinarily prescient today and one of the most striking things about the track is the lucidity and clear thinking of the words. Maybe that’s how we all were at the end of March, but looking back, my recollection is that it was a moment of chaos and confusion.

The words are spoken by the excellent TinB, whose soft Scottish accent delivers the message powerfully yet soothingly. The message is incredibly empowering, imploring us to use the time we are given in positive and productive ways and not to “Use the time to sit it out”. Simple things like listening to music or watching movies are encouraged, as are more challenging objectives like learning a musical instrument or taking up art.

It’s so easy to get something like that wrong, to sound like one of those uber-positive, self-help bores who creep all over Linked In. But this sounds authentic and genuinely emboldening.

The second reason for my adoration for this track is the music itself. The first half is a beautifully ambient soundscape, led by a looping Rhodes piano. TinB’s words float over the top synergistically. It is hypnotic, transporting you to another, better, place. Despite the subject matter, you feel reassured. Everything will be alright.

In many ways, the track reminds me of Arab Strap’s First Big Weekend. There’s the Scottish spoken word, of course. And a spellbinding loop. The clincher, though, is when the beats come in three minutes and twenty-five seconds in. Of course, the themes are quite different, but to my ears, they are musically related, even if they are only distant cousins.

Someone Just Pressed Pause is, quite simply, a work of art that perfectly summarises and encapsulates these times. It is just under seven minutes of magic. And if there is any justice in the world, it will be the moment that propels The Broken Orchestra onto a bigger stage.

The Broken Orchestra can be found online here. They can also be found on Twitter. 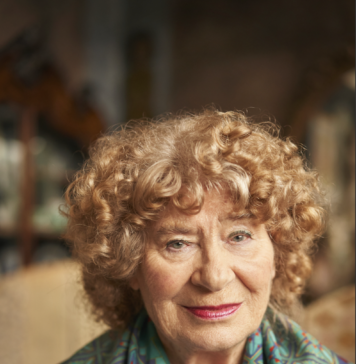