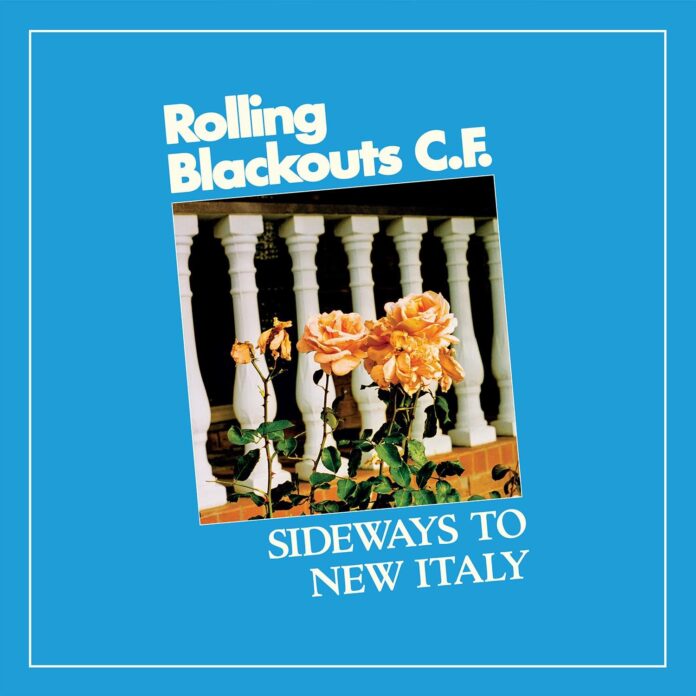 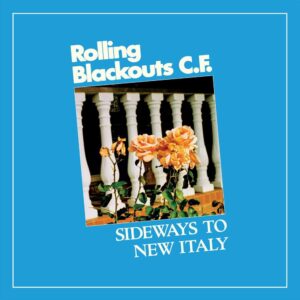 The Australian rockers deliver more of the same with their second album, though that doesn’t really matter too much when “the same” is this good. Elliott Simpson reviews.

Across their early EPs and superb debut album Hope Downs, they established themselves as an impeccably tight guitar band in an era when they’re hard to come by. Much of the fun of their music comes from the interplay between their three guitarists. The way the guitars dance around each other always manages to sound effortless, complex, and rarely messy.

It’s what Rolling Blackouts C.F. is known for doing and, on their new album Sideways to New Italy, it’s what they continue to do. While there are a few scattered moments in the tracklist in which the band tease in new directions, such as the spoken word passages on The Second Of The First and the harmonica riffs that punctuate The Only One, it’s mostly more of the same.

And that’s not necessarily a bad thing. Sideways to New Italy hits much more often than it misses, featuring some of the group’s most dense, exciting work yet.

Cars in Space is an absolute standout, more than living up to craziness its title suggests. In its second half, the song descends into a fiery, riff-laden jam that somehow manages to avoid falling apart. Cameo shows off the band at their heaviest with a chorus that begs to be blasted loud through the largest speakers you can find.

It’s the big moments like these that Rolling Blackouts C.F. are experts at crafting. And at times, they seem to be aware of that. Songs like Falling Thunder and Cars in Space try to get to their choruses as quickly as possible, as if knowing what the listener is there for.

The band only falter when they decide to turn down the volume a bit. All three of the band’s vocalists have their moments, such as the delightfully off-kilter Sunglasses At The Wedding, but their voices and lyrics are never quite strong enough to stand by themselves. They run into trouble when too much focus is placed on them.

During the stripped-back intro of Cameo, it’s difficult to resist cringing at the line, “I heard you talking, your voice had an old melody like sweet river water.” Similarly, when Joe White sings, “I found a jewel underneath the swimming pool”, on The Only One you’re likely to roll your eyes a little bit at the lazy rhyme.

As with their last album, there are some great lyrical moments as well, but most of these songs work best when you’re not really paying attention to what they’re singing. They aren’t the sort of band who write lyrics that beg to be annotated endlessly on Genius.

Ultimately, Sideways to New Italy succeeds at doing what Rolling Blackouts C.F. have always been good at. The guitar interplay is as explosive as ever here – and is sure to singe eyebrows at their live shows – even if the overall experience is just that little bit less airtight than on their last album. Still, there are few bands currently going that succeed at creating straight-up rock as well as they do.